Sometimes the best creations come from things that were never meant to work together. Meet Justin, the owner of a 1955 Divco milk truck that gets the job done just a little bit faster these days. Read on to see how this simple work vehicle got a new lease on life. 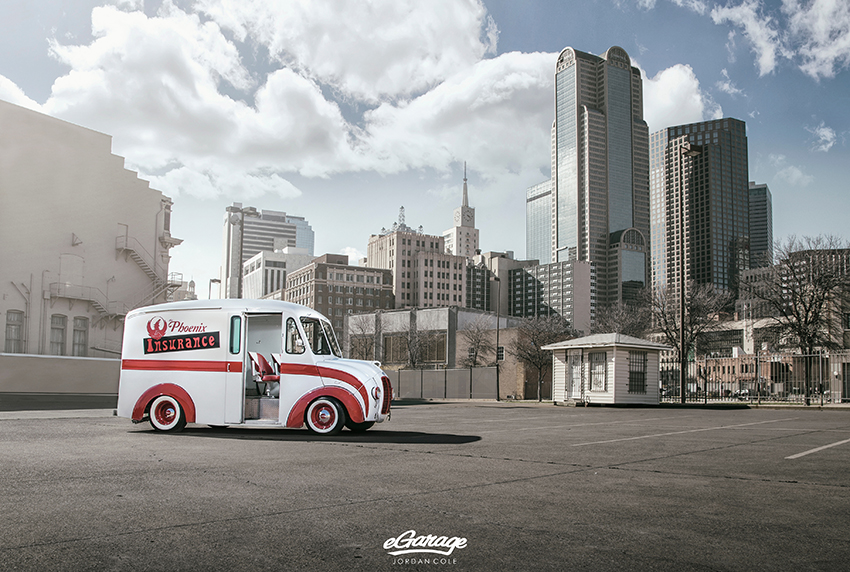 Tell us a little about your truck, what is it and what inspired you to get it?

It’s a 1955 DIVCO (Detroit Industrial Vehicle Co) milk delivery truck that we built on top of a 1994 Ford F150 Lightning. This was a milk truck designed to go 40MPH, tops, and we put it on to of the frame and drive-train of a factory hot rod pickup, one of about 4000 that Ford built. 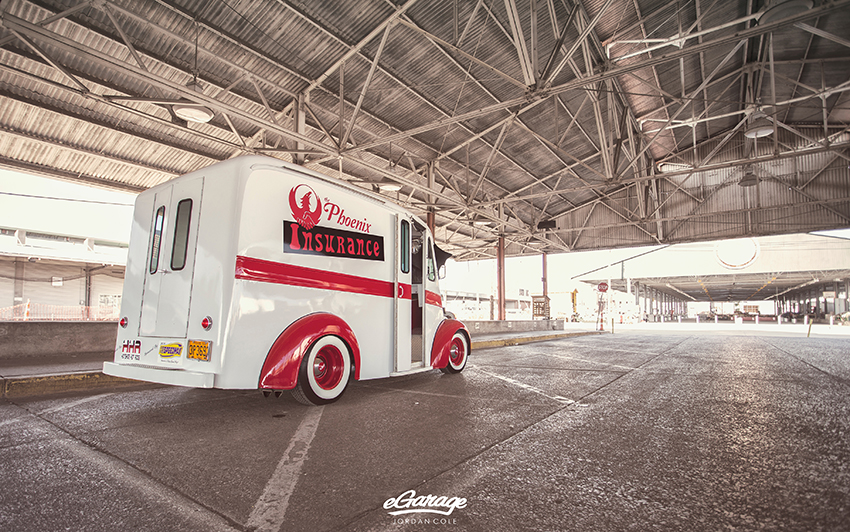 We were inspired to get it at the NSRA show in Springfield Mo. We had done some car shows and all we had to haul our stuff around was my old 1990’s Jeep Cherokee. Our Dad came to visit us and out of nowhere told us that we needed a DIVCO to haul our stuff in. We (my brother and I) had never heard of one. We nodded politely and didn’t think any more of it until the next day – when the hot rod shop next to us told us out of the blue that they knew where a DIVCO was, and that it’d make a great vehicle for us. 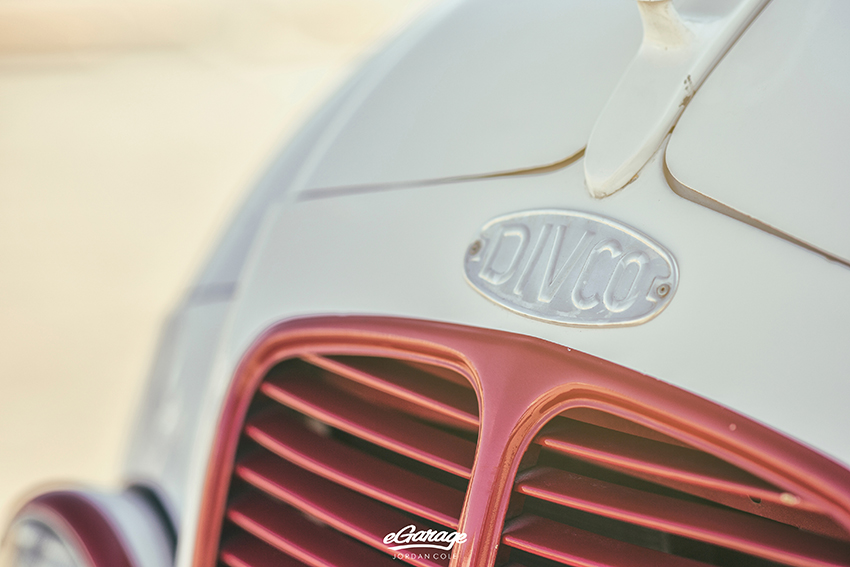 We decided then and there that someone was trying to tell us something. We didn’t end up buying the DIVCO they knew about, but we did end up using those guys to put ours together for us – Hotshoe Hotrods, out of Mount Vernon, Missouri. 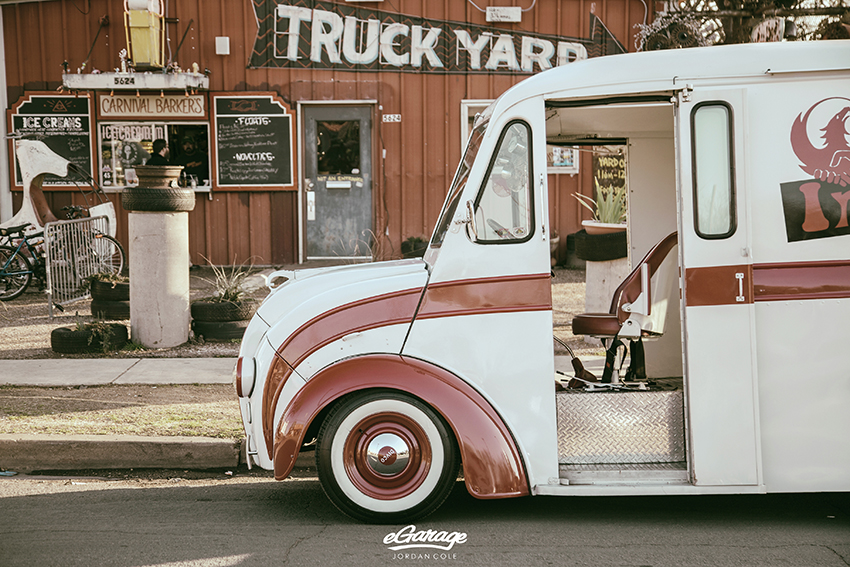 What modifications have you done to the truck and how did you go about choosing that setup?

The truck was originally a stand and drive, as all DIVCOs were – we had to channel the body to fit the Lightning frame underneath, so we lost that part of it. We looked around for a while until we found a Divco milk truck that wasn’t rusted all to hell, and then tried to find something cool to put underneath it – we originally wanted a Syclone, but there were none to be had. 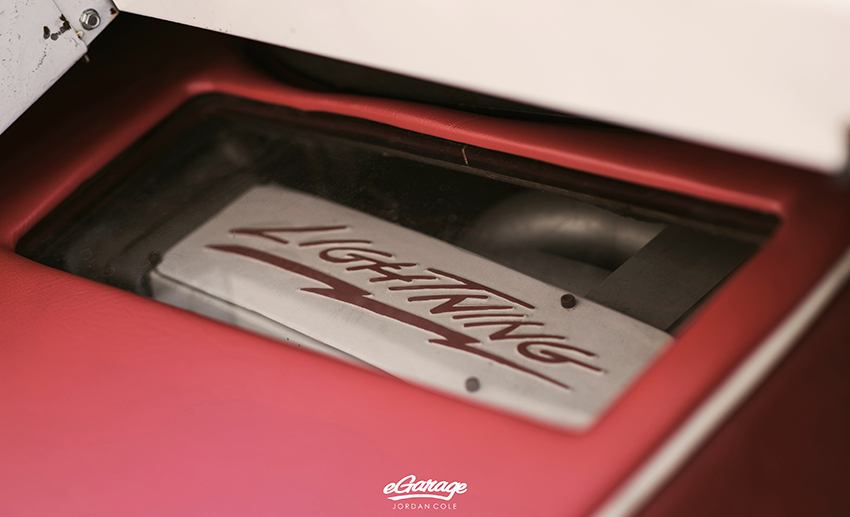 We finally found our lightning down the street from HHR, and had them put the two together. We tried to keep the build simple and very work-truck-ish, as DIVCOs were always work trucks;  uncomfortable seats, very simple and industrial vehicles. 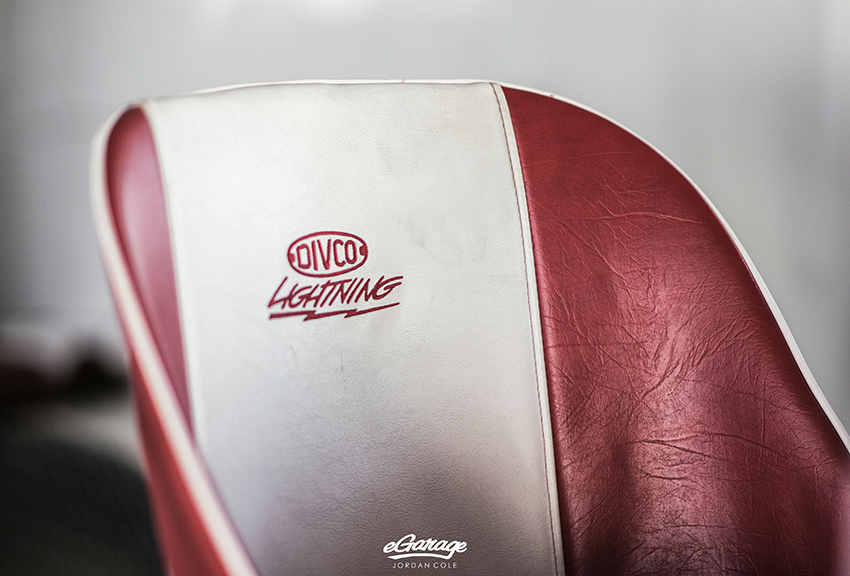 We used the very rare original seats we had in our truck, and kept ours very simple, not a lot of flash. We had to shorten the frame by about 5 inches in order to make everything fit. 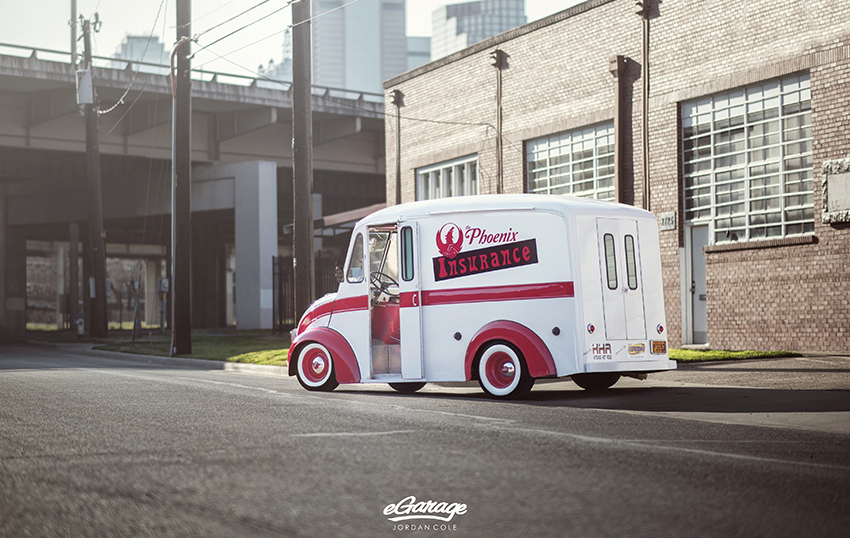 It’s a fun drive – it’s gotten better over the time we have owned it as we have tweaked it. When we got it, it rode so rough – and we hopped in it to drive to California. That trip was incredible – the rear gas tank lost a strap, and we ended up driving all the way to California with one 16 gallon tank.We laugh that a lot of people wouldn’t even think of hopping in a 1994 truck to drive from Texas to California – but we did it in a hot rod Frankenstein. That was quite a drive. We have driven it through sandstorms, through wildfires in Colorado, through monsoon rains, all over the place. 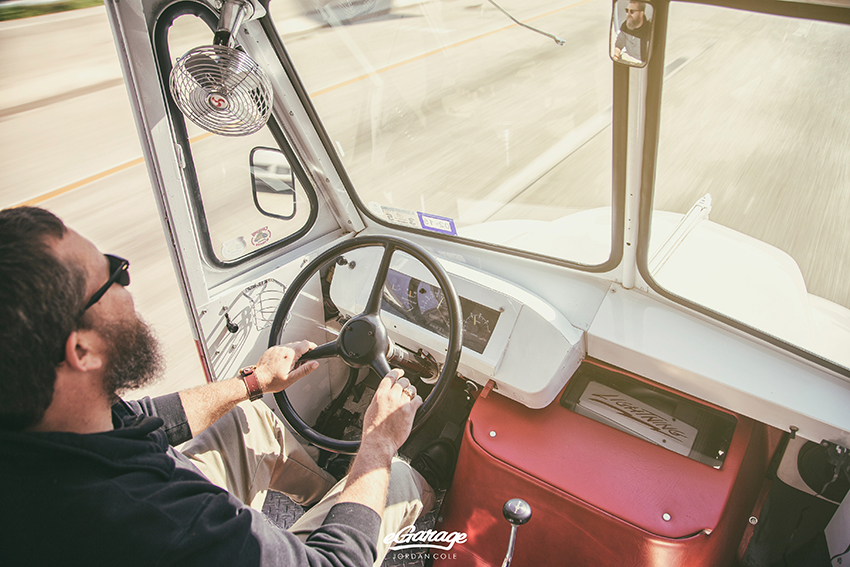 I’ll tell you, there is nothing like rocketing down the interstate with the doors open sitting on what is essentially a barstool with a back. The ride got immensely better once we hooked up with Hellwig and they sponsored us and gave us some helper bags and a beefed us sway bar. 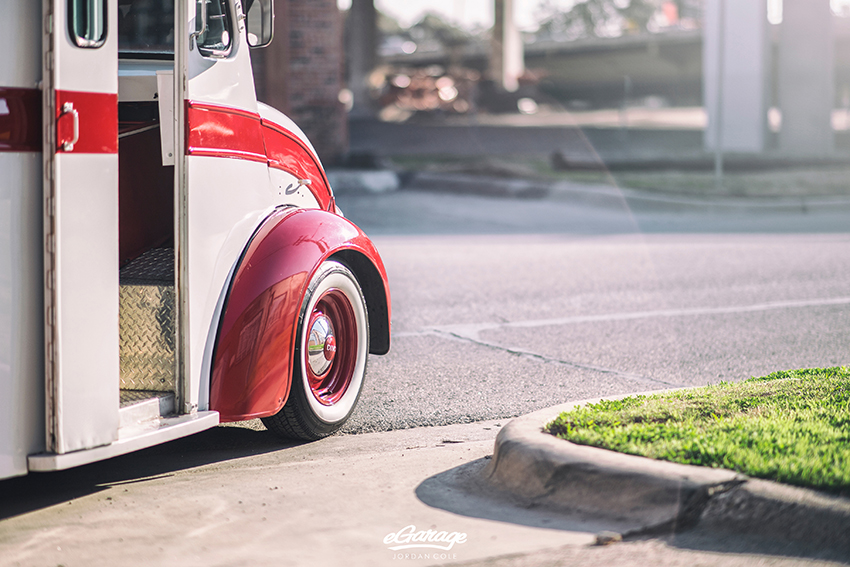 What kind of reactions does it get?

Whenever we stop there is a car show – anywhere. To get gas, to get lunch. People hang out of their cars on the highway to take pictures of it. At shows, the reaction is incredible from everyone. I have met several old men that drove DIVCO milk trucks for a living, and they love it, but my favorite are the old ladies. I cannot tell you how many older women I have had come and sit in the passenger seat and cry because their dad used to drive a milk truck, and used to take them along. I have some pretty cool cars, but this one is universally loved.

What did you build it for and what do you normally use it for?

I built it to haul our stuff to car shows. We sell custom, classic and exotic car insurance, so we go to several GoodGuys shows a year – Texas, California, and Colorado are generally on the list. We have a complete booth that we setup so we can talk about insurance and hang out among thousands of cars. 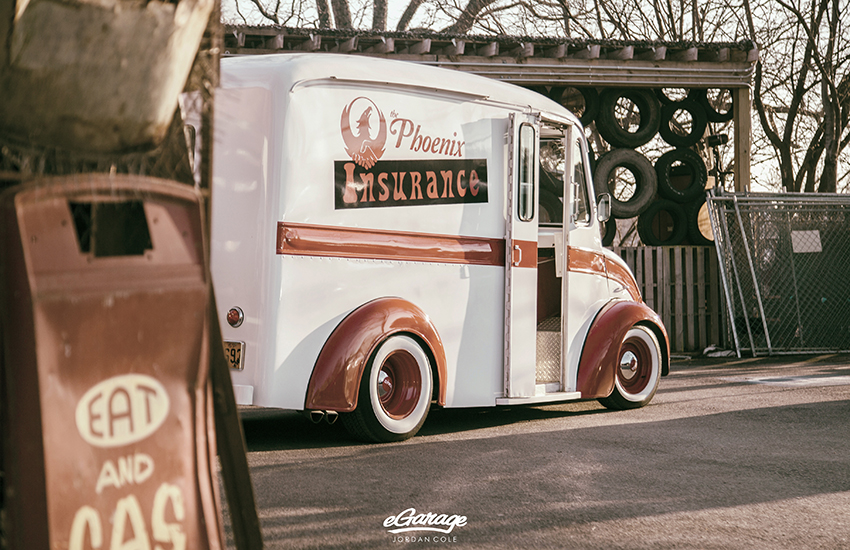 It can be found at a ton of local car shows as well, just about every weekend. We have also drag raced it against another hot rod DIVCO at the Leadsled Spectacular in Selina, Kansas, used it to move a chair, and just driven around Dallas to promote The Phoenix. 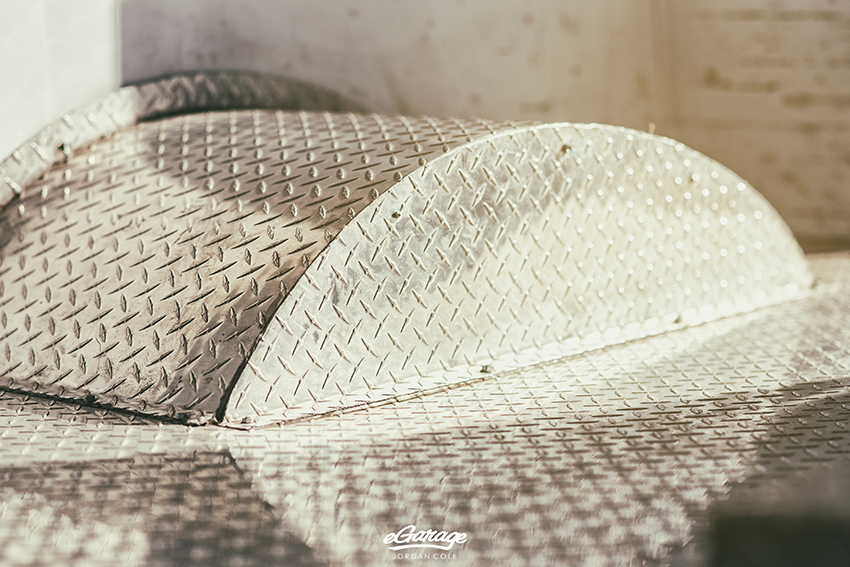 What got you into cars in general? Do you have any other cars? How does this compare to other cars you’ve owned?

I’ve always enjoyed cars, and have owned some interesting ones – several VW bugs in high school (when they could still be bought for a couple hundred a piece), an International Scout, a couple of first generation RX-7’s, and so on. I have a couple of neat cars now; my daily driver is a 1979 GMC Caballero (like an El Camino), my “fun” car is a 1986 Porsche 944, and I am working on restoring a 1950’s replica of a 1901 Oldsmobile. 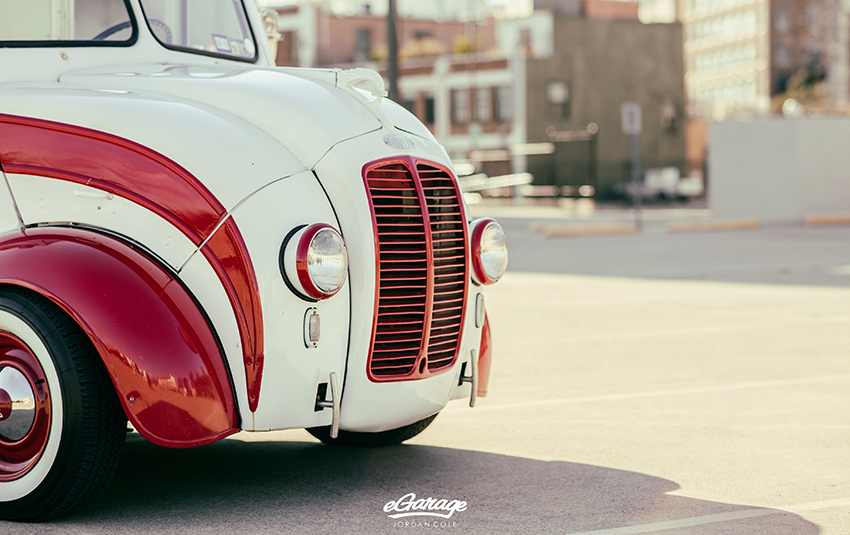 The DIVCO is in a whole other class – I always have people stop me and talk about whatever I’m driving when I am out and about, but when I drive the DIVCO, it’s a car show wherever I stop.  When we drove to San Diego we stopped in Pine Valley, Ca and had three or four cars follow us off of the highway to see “What that thing is”  – and while we were stopped for gas, about 10 more cars pulled over in this tiny little town to check it out. 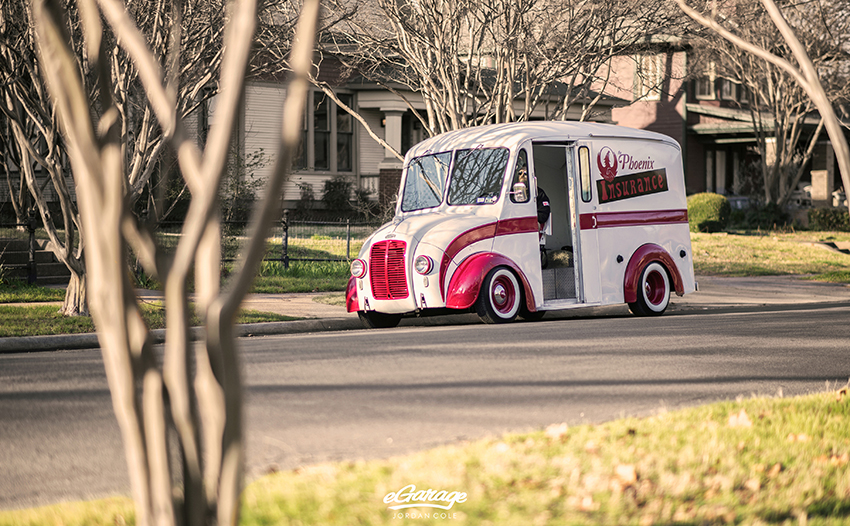 Do you have any future plans for the truck?

For now, pretty much a repaint – and a new logo on the side. This one is a wrap, but I’d like to have it hand painted, and maybe switch it up a little bit. Other than that, I’m busy working on our latest promo vehicle – a 1969 Glastron motorhome. Glastron boats made less than 100 of them from 1969-1971. Ours is completely updated inside, and I am currently working on the drive-train to beef it up a little bit. But that’s questions for the next article… 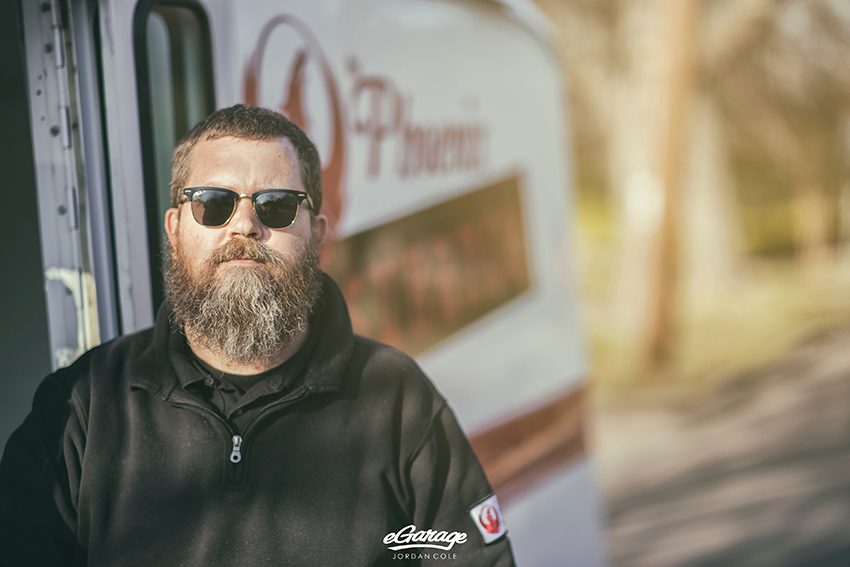