The BMW 2002 was a car that changed the world. Not only did it save BMW in a crisis but it opened up a whole new world of having a sporty yet practical family car. When it came to buying my first car, my mind became set on one as soon as my good friend picked one up. I looked for a long time, I found the perfect one, bought it and when it got here I said to myself, “what did I just do?” 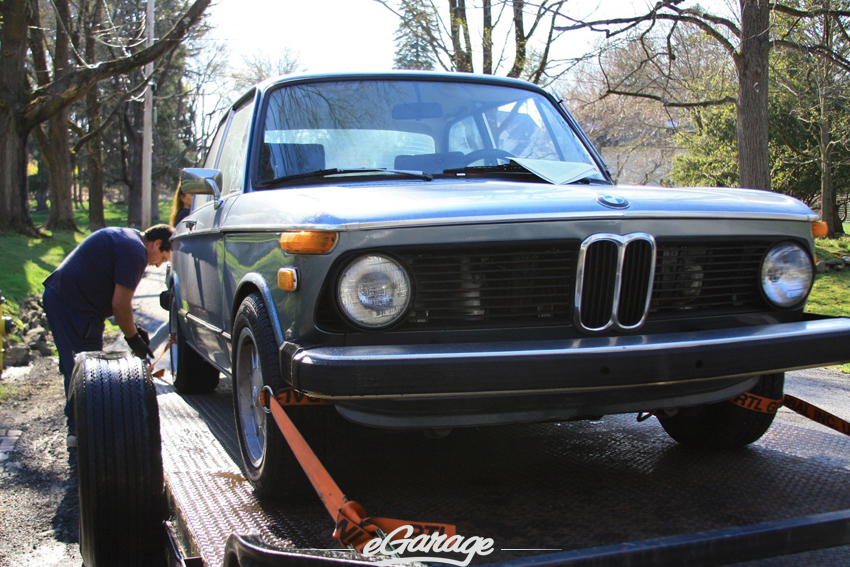 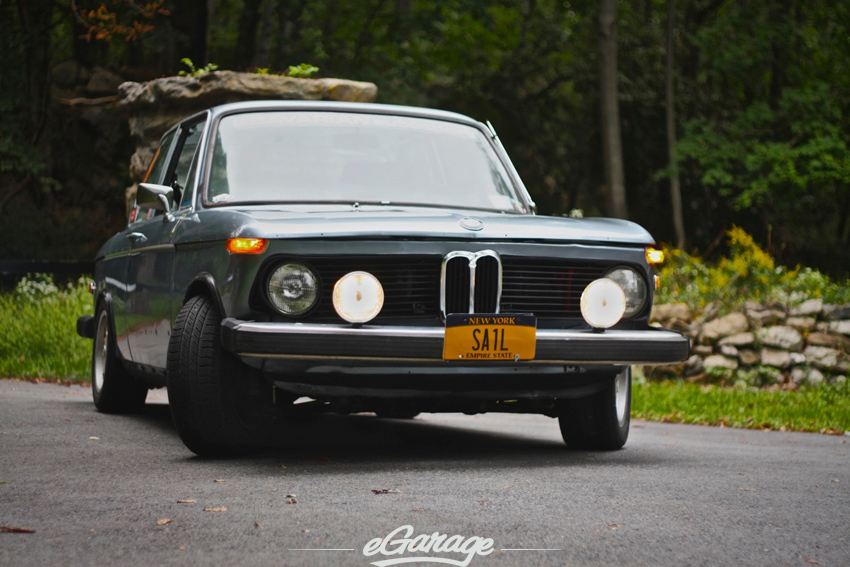 The car had rust, a hole in the strut tower, leaking gas lines, broken lights but I didn’t know any better. Kids at school called it a grandma’s car and others called it junk. But I ignored them and insisted that it was going to be a very cool car once I finished. However, three weeks later I lost control of the car on a dirt road, thinking I was Ken Block. The car was badly smashed and insurance wouldn’t give me enough money for a shop to fix it so I was confused on what to do. 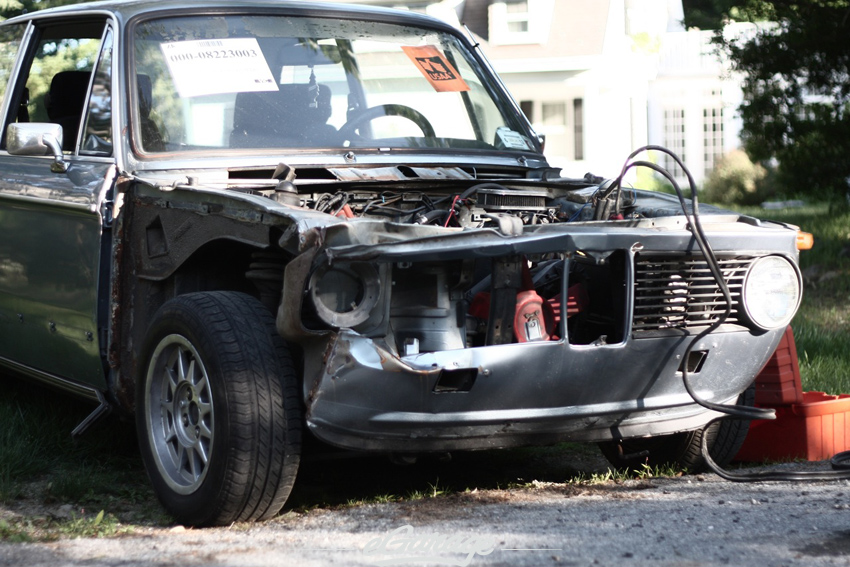 A week later, I was at the Greenwich Concours shooting photos for eGarage, hoping I could make some more money to fix the car. Across the show I saw Jim Glickenhaus, the owner of the Ferrari P4/5, I knew he would know what to do with my car. I told him my situation, he smiled and said, “I spend a lot of money on cars that don’t have any value, if the car means a lot to you, I think you should fix it.” Taking those words, I decided to fix it myself. 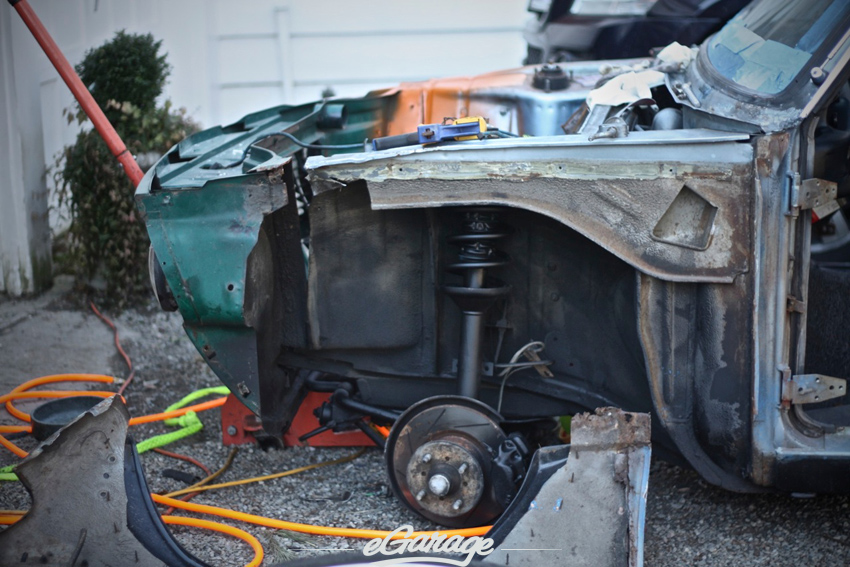 10 months later, the car is one very cool car. I did all of the work myself on the car without any prior car knowledge. The car has taught me everything I know about cars and has given me such a greater respect for an old car like this. This car is my pride and joy and has taught me many life long lessons. 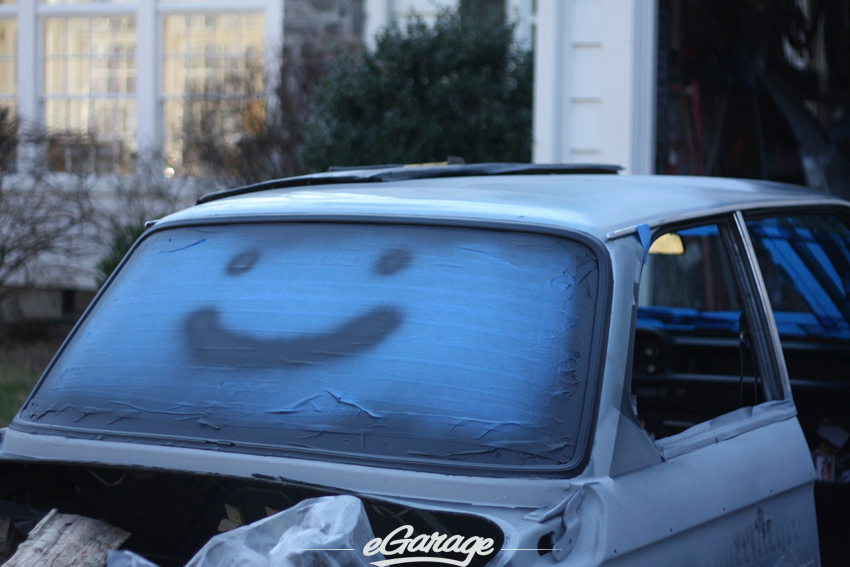 I wanted to make the car unique, taking inspiration from Nakai-San of RWB and others who build custom cars that are tailored to their personalities. I wanted to do exactly the same, making a car that no one in my town has. Even though it might not be the fastest, (but possibly the loudest), the car still turns heads, gets thumbs up and lets me meet many new people and make many new friends. 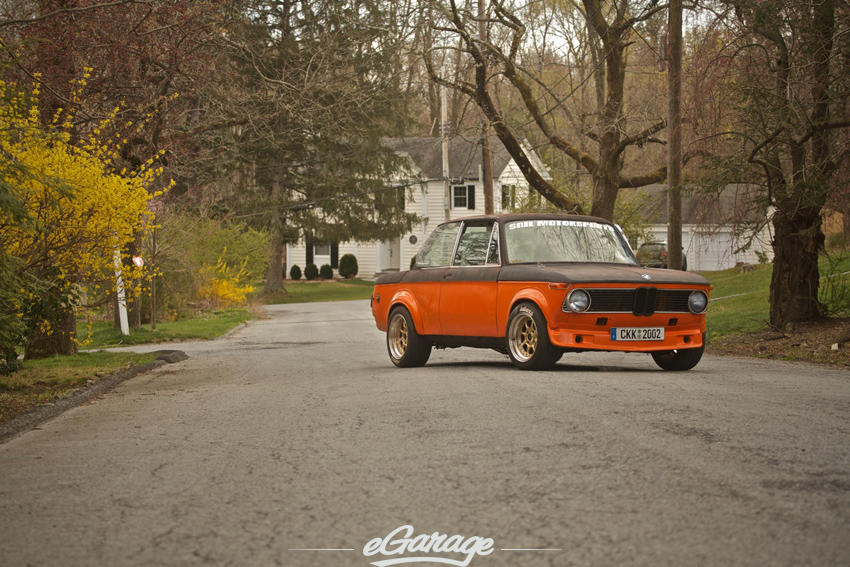 The car now has a Korman Competition Engine along with a very long list of upgrades. This project would not have been done without the help of my friends, Jeff from Ireland Engineering, all of my friends on the 2002 FAQ, Santo and Frank, my mom for letting me making a mess of the driveway, and my neighbors for not complaining to the town! 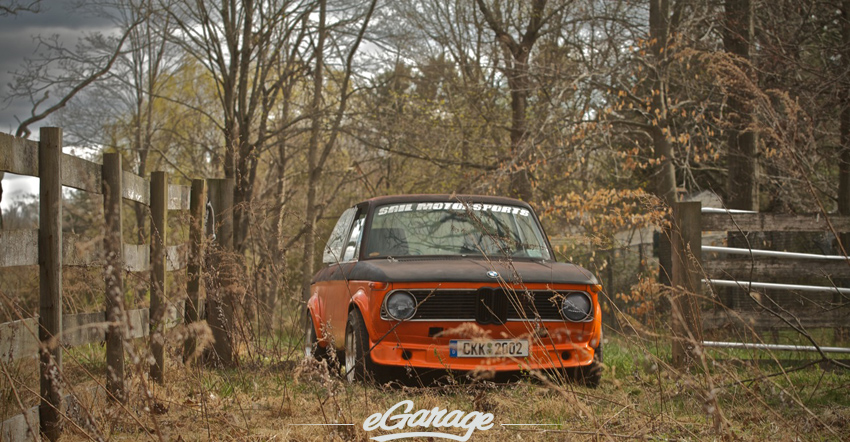