(Maranello, Italy) Within the walls of Fiorano, surrounded by Ferrari glory, a hundred Ferrari owners and nearly 2 dozen media; everyone is collectively eager to see the newest, topless, prancing horse: the Ferrari 458 Spider! Security is tight, there is somewhat of an Italian language barrier and there is check in after check in and requirements for proof of accreditation. “NO PHOTOS YET!”

There is an enormous amount of anticipation as the unveiling celebration is greater than the imagination can create. Formula One cars and rockstars in attendance. Shaking hands feverishly with men in sharp Italian suits and the possibility of meeting Fernando Alonso and Felipe Massa just became real. Suddenly you might start to feel under dressed. Afterall this is THE Ferrari 458 Spider World Premier. 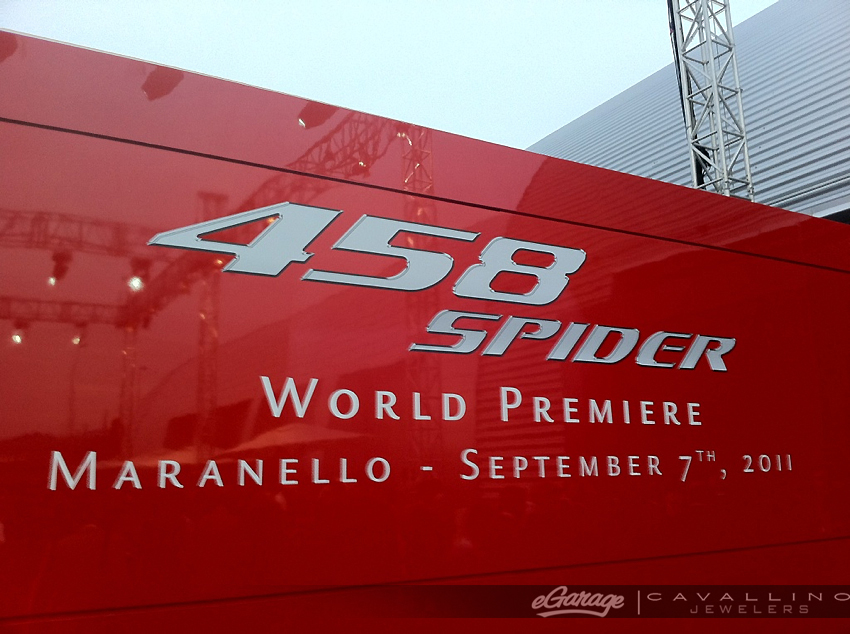 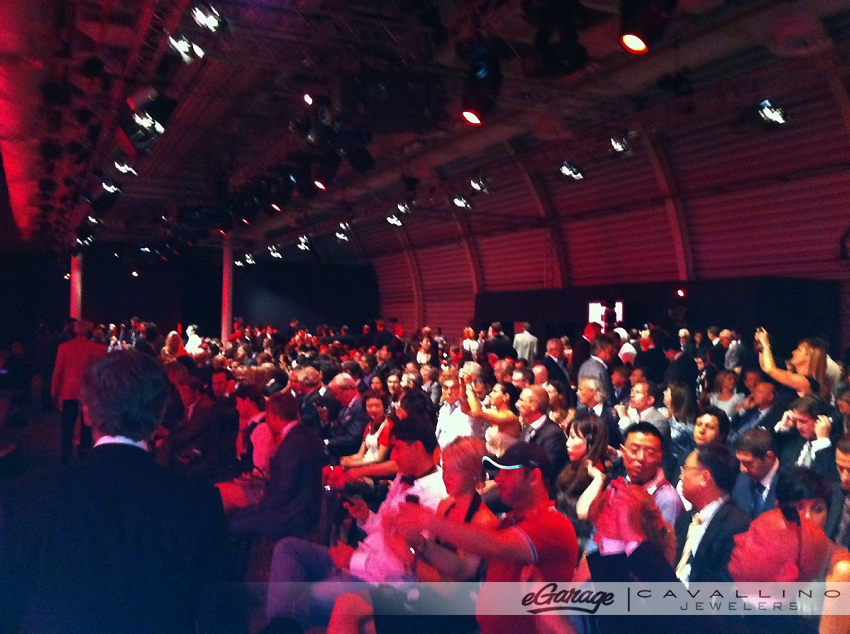 With the newest topless Italian Exotic still behind the curtain, the narrator’s Italian voice suddenly becomes unimportant as you mentally doze off, picturing yourself along the coast and in the canyons with the top down and the buzz of the 458 Spider’s exhaust echoing off the walls of tall rocky mountains. 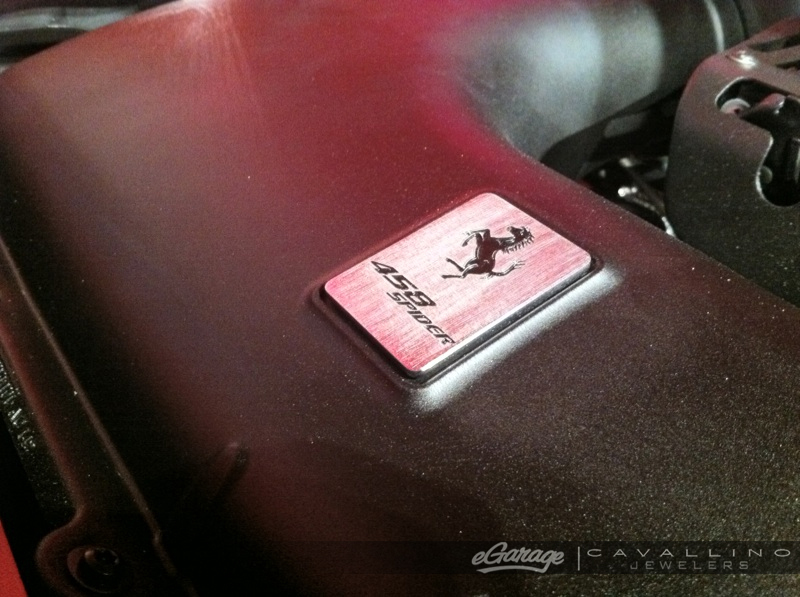 It first appeared out from backstage in cloud of smoke, and then all of a sudden the built up tension is quieted by this love at first sight: Ferrari 458 Spider! Each and every attendee applauds in approval like a battle has just been won in the Colosseum of Rome. 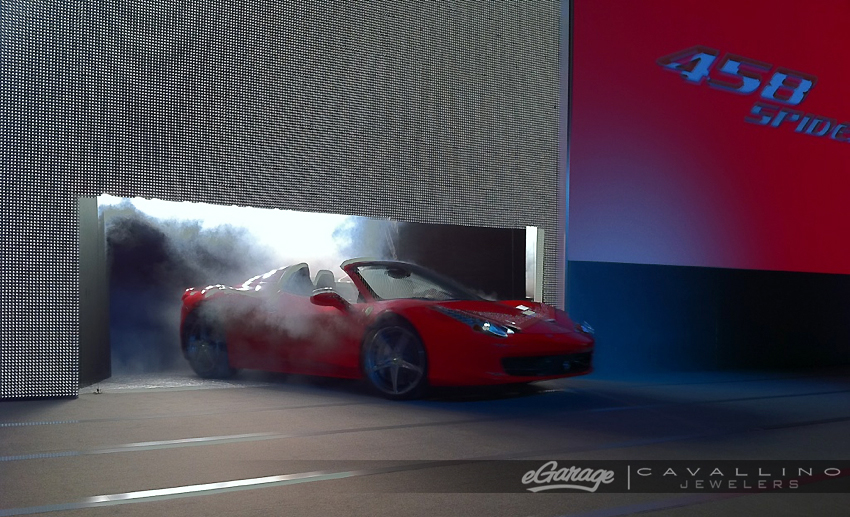 There she is, in all her glory. More beautiful in real life than in the one dimensional media perspective of the internet on a laptop. Ferrari offers with an exclamation; a fully tailored customizable program, which basically means carbon fiber anything… 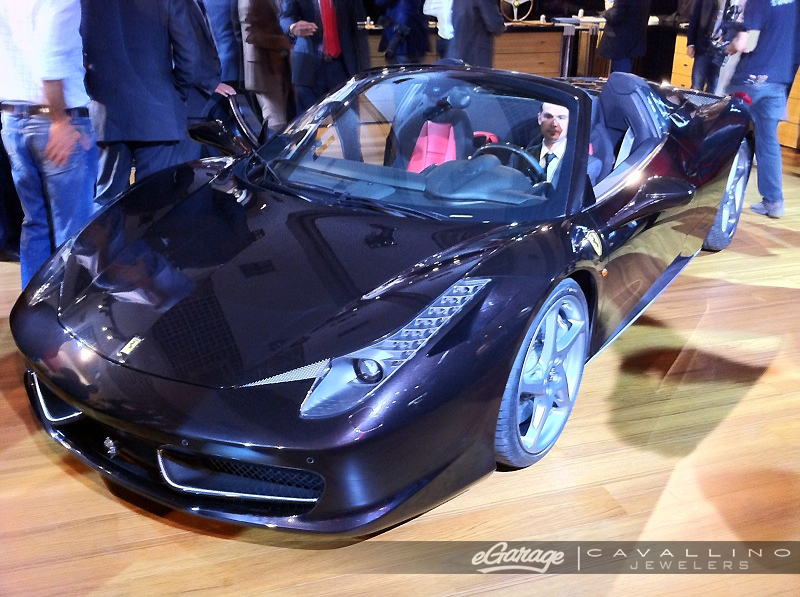 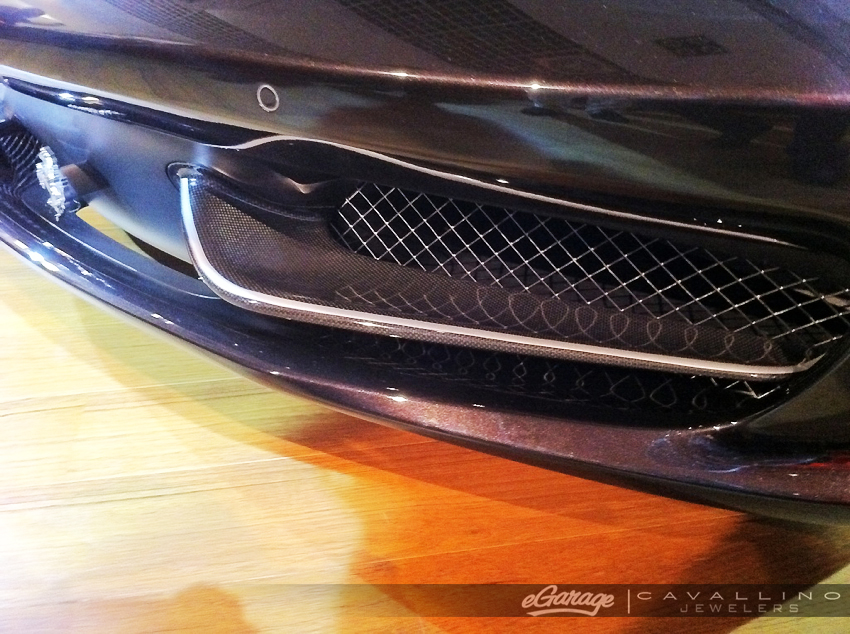 As usual, Europe will get first dibs on this convertible hardtop Ferrari around spring of 2012 with the U.S. taking first deliveries towards the end of 2012. For anyone who thought Ferrari was any less innovative, they are mistaken, as whispers circle of a fully functional carbon roof option. 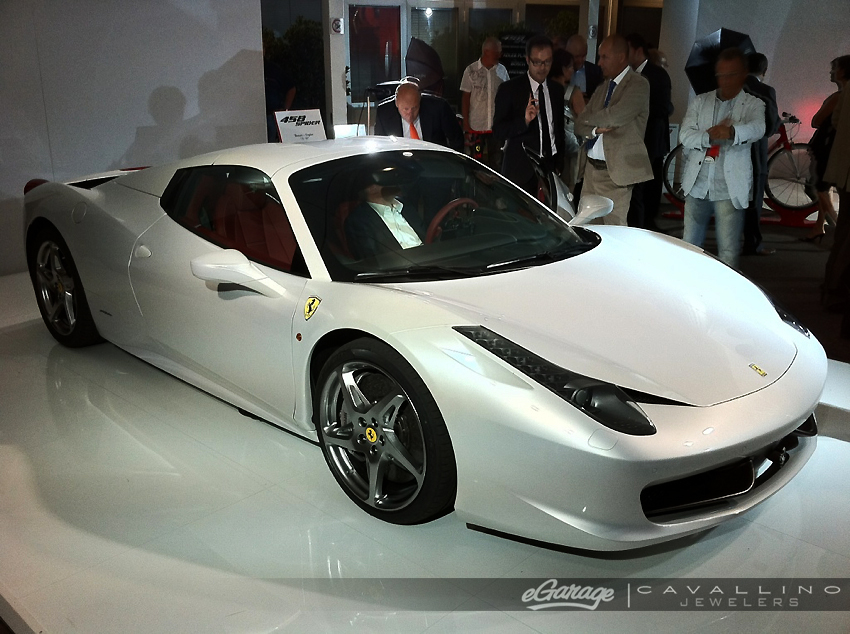 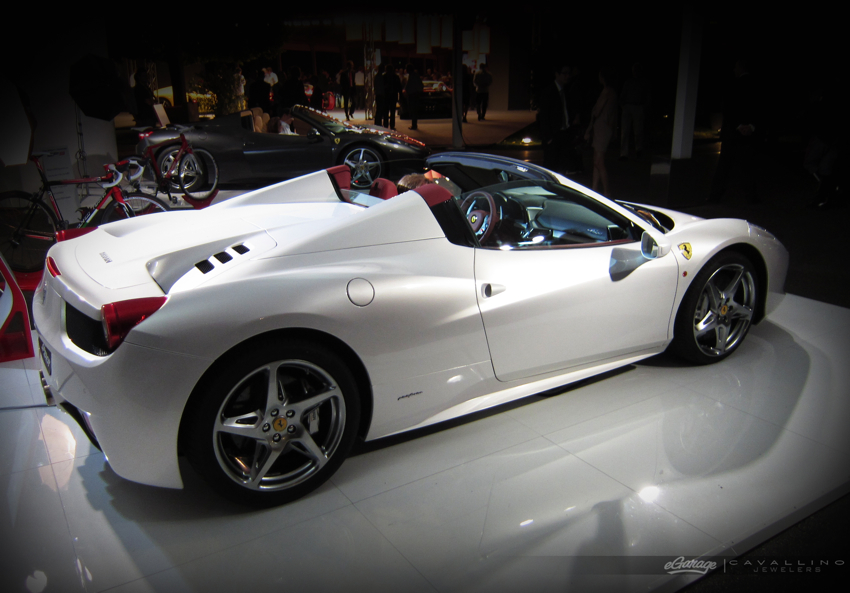 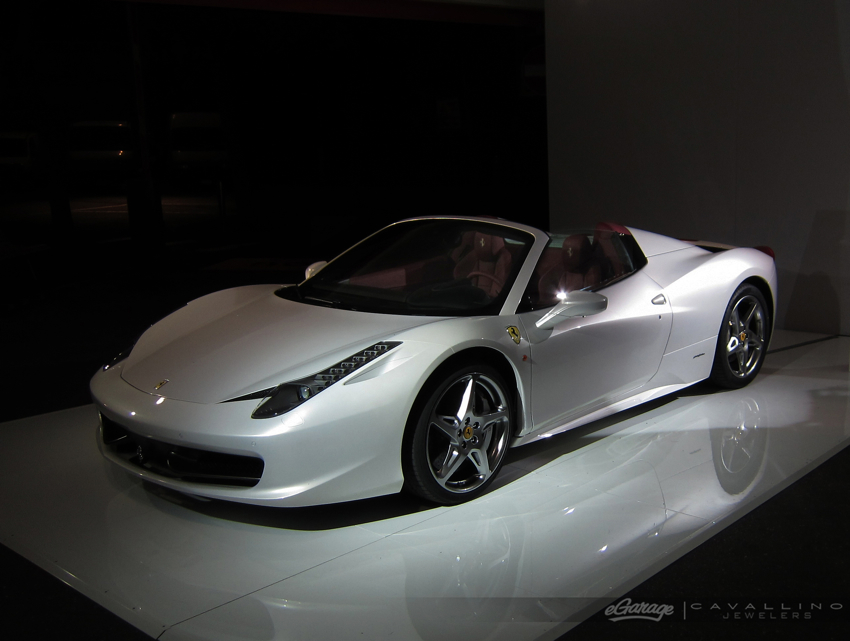 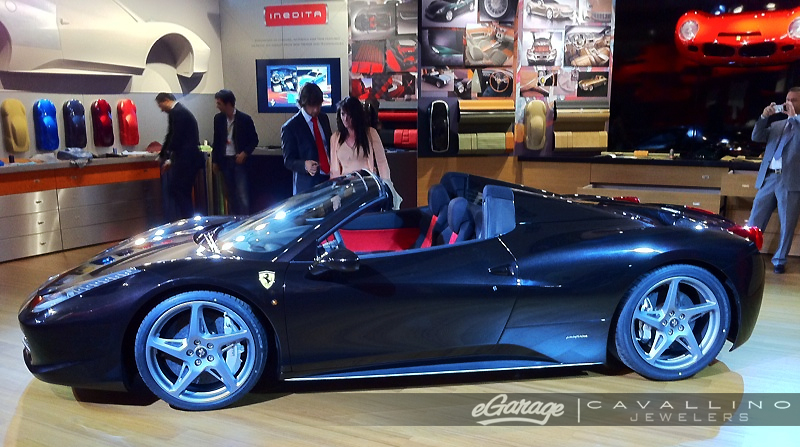