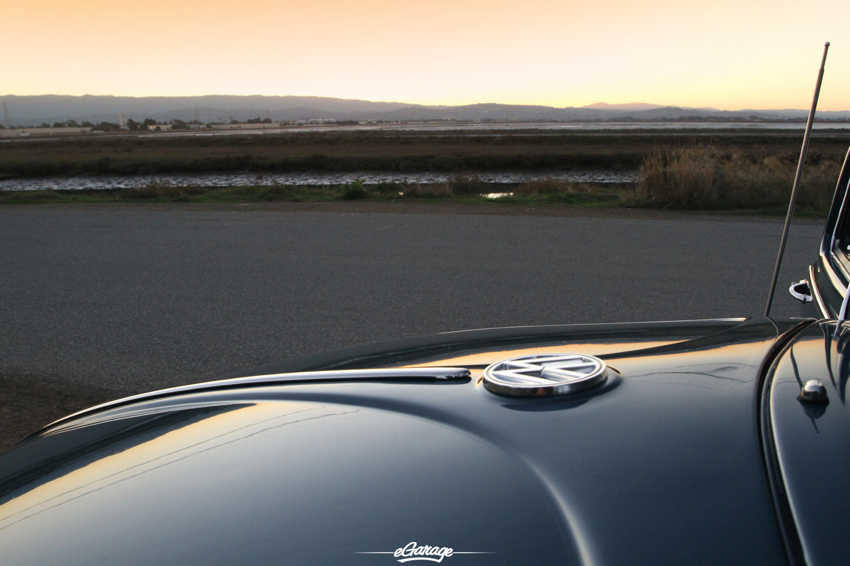 “Ready to go?” The greatest words ever uttered, probably the best combination of words paired together in the human language… for a dog like me anyway. When my owners ask me “ready to go…” it’s hard not to lose control but I have to keep it together. As the door opens to our 1966 Volkswagen Beetle named Beetle Juice, the coolest car ever made (in my opinion) I hop in the back seat oblivious and dizzy from total physical ecstacy. The Beetle is unanimously the best-selling car in the history of the universe. The most recognizable shape has clearly stood the test of time. 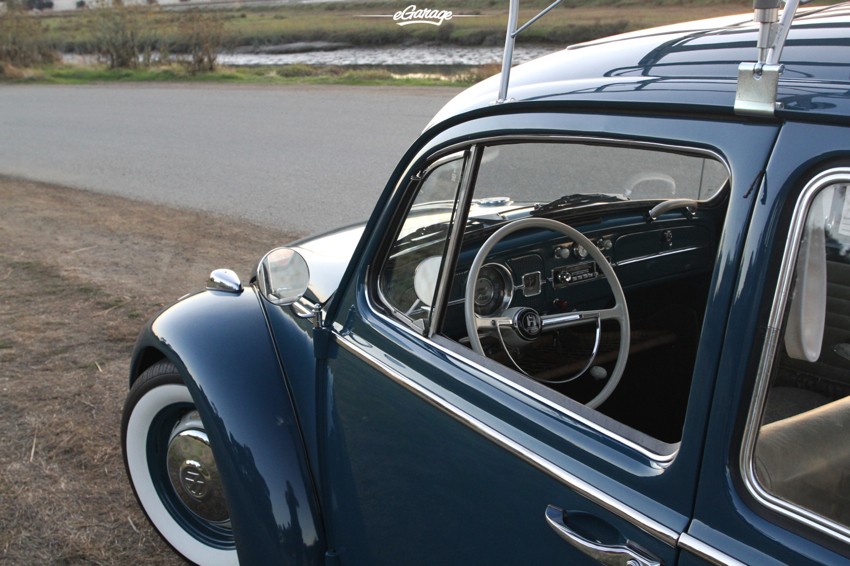 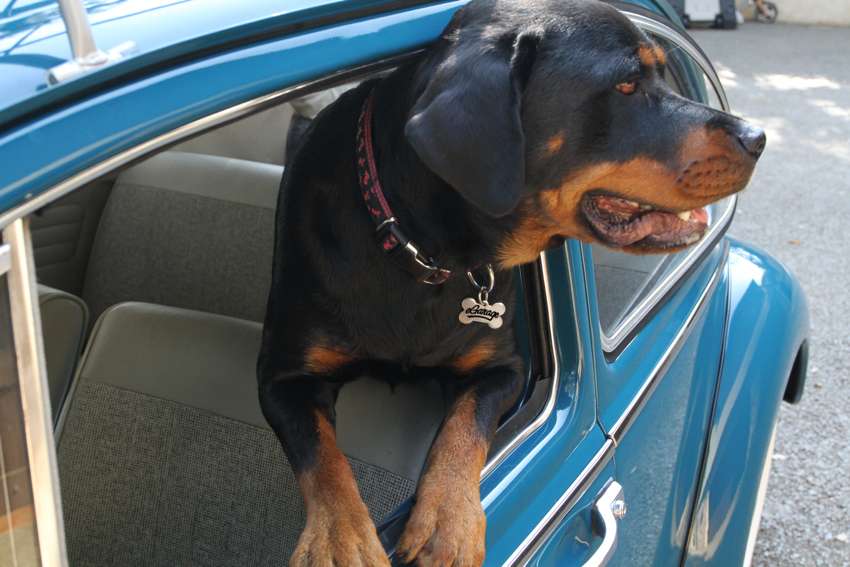 Roaring down the road, my air-cooled nostrils quickly fill with surrounding aromas of neighborhood bbq’s, wilting autumn leaves, and fresh cut lawns. We first stop at the local Volkswagen dealer where I am greeted with a nice scratch around the ears by my favorite salesman, Daron. He always welcomes me inside the showroom with a bowl of fresh water and he owns two friendly, docile Rottweilers himself so all that is respectable. 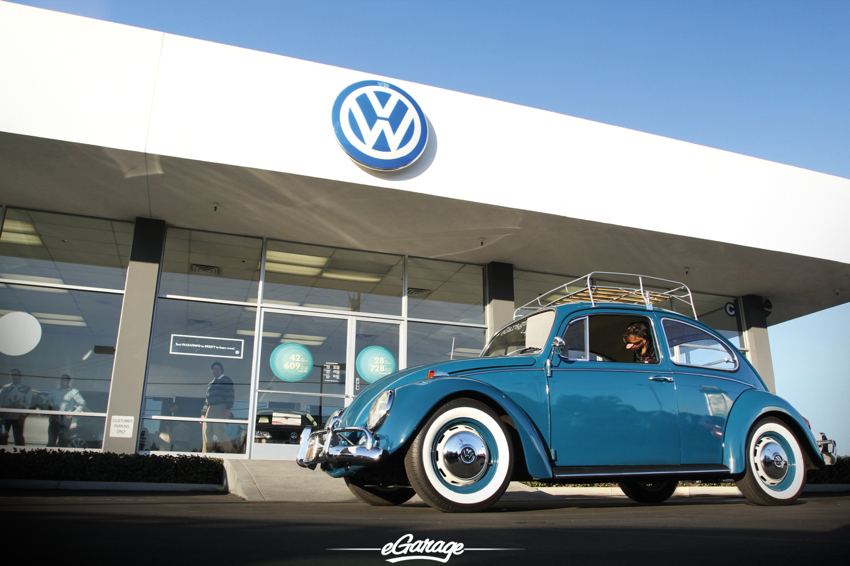 2 years ago, when I was a puny 9 weeks old, my owners found me at the bottom of a tangled up puppy-pile with my brothers and sisters. I never met my father and I think my bitch of a mother was really happy to see us leave. I didn’t even know I was a Rottweiler until my second or third trip to the vet. I wish I knew the story of how my owners found Beetle Juice but she has never let us down. 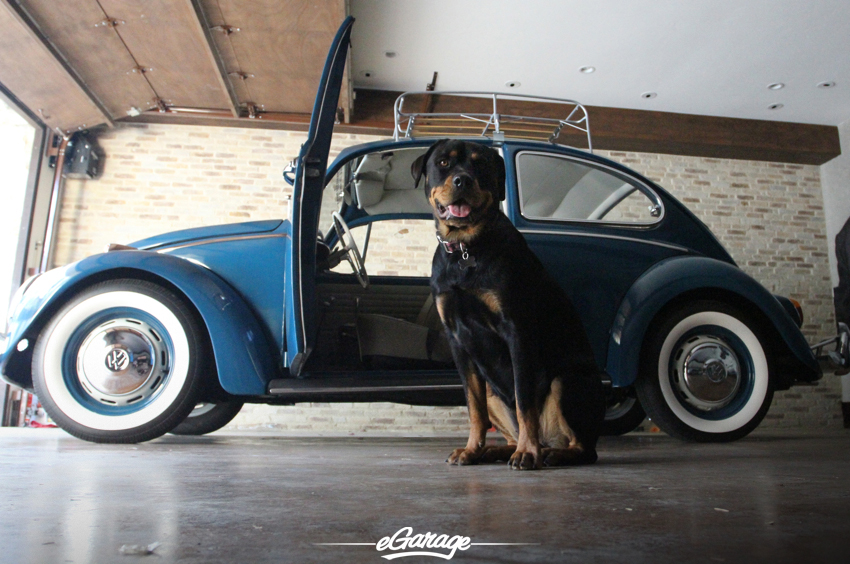 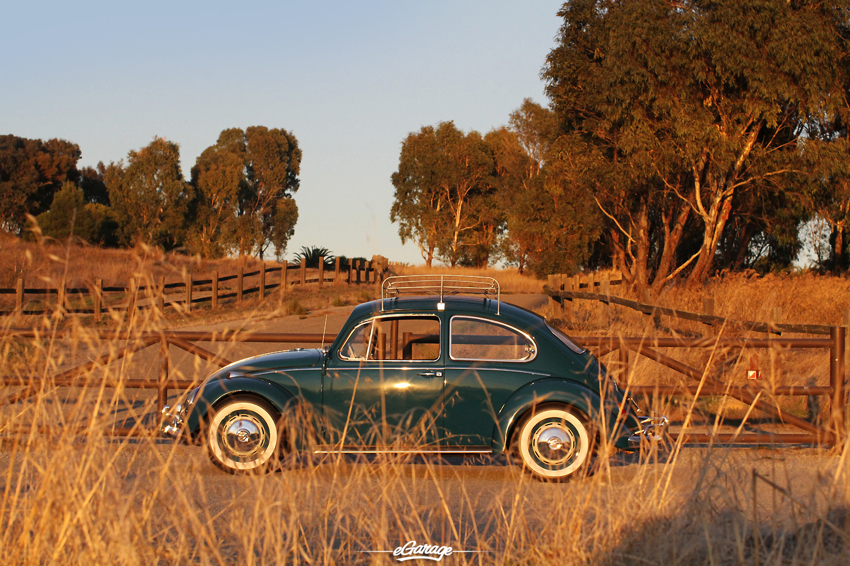 Most dogs I meet tend to humiliate themselves around food but not me. I like Car rides and Hollywood Cinema! Usually we end up at a huge dog park where the smells are vast and I am allowed to chase birds off leash. I have never caught one and honestly in the immortal words of Heath Ledger in Batman “if I did catch one I don’t even know what I would do with it”. 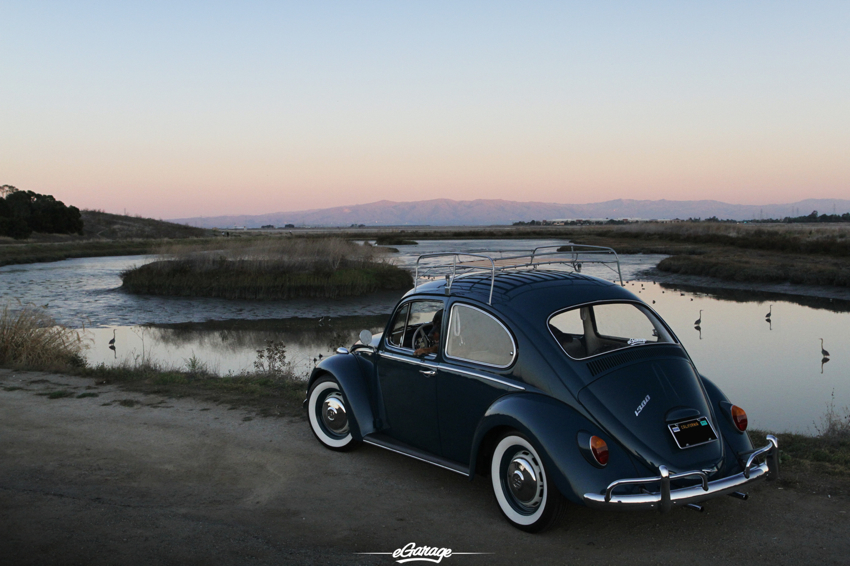 My owners are very methodical. They collect lots of different kinds of cars, but Beetle Juice is the best! Beetle Juice is a 1966 Volkswagen with an upgraded 1500cc engine in the back. It is far cooler in my honest experience than the Karmann Ghia, Notchback, and Squareback of that same era. The exhaust note is unlike most everything else on the road 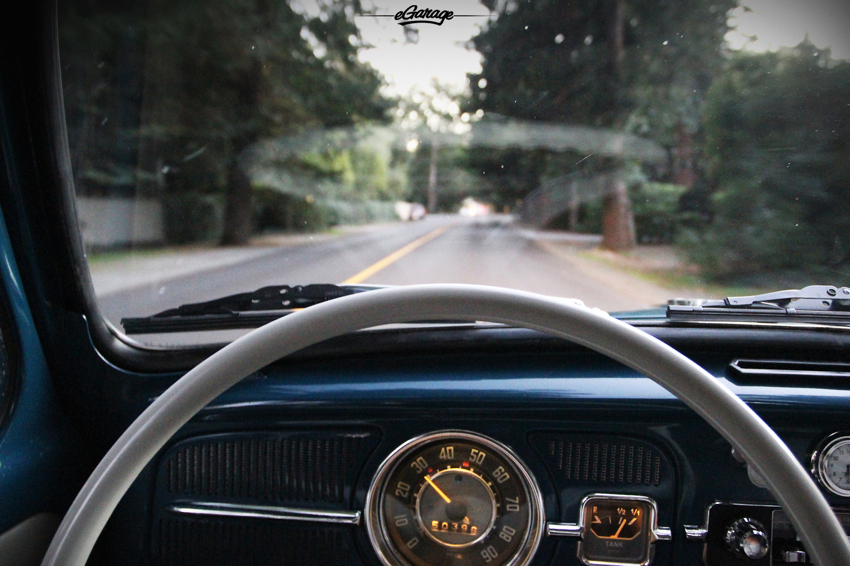 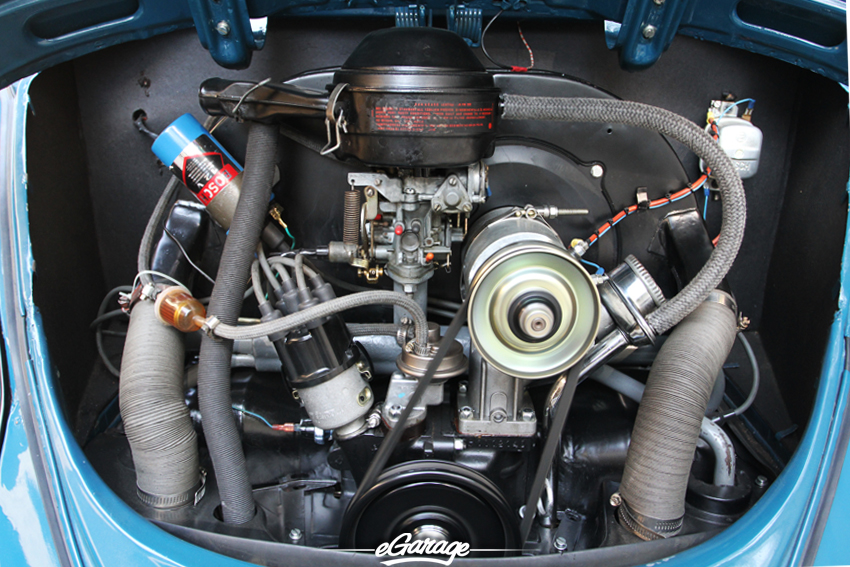 The white walls add character and every time we hit the streets my owners are greeted with thumbs up from motorists we have never met. You’re probably wondering where I learned how to write english… well duh, like most people do, from hollywood movies. My owner recently read The Art of Racing in the Rain and it totally inspired me to write this short for eGarage (the best automotive website in the world web universe). 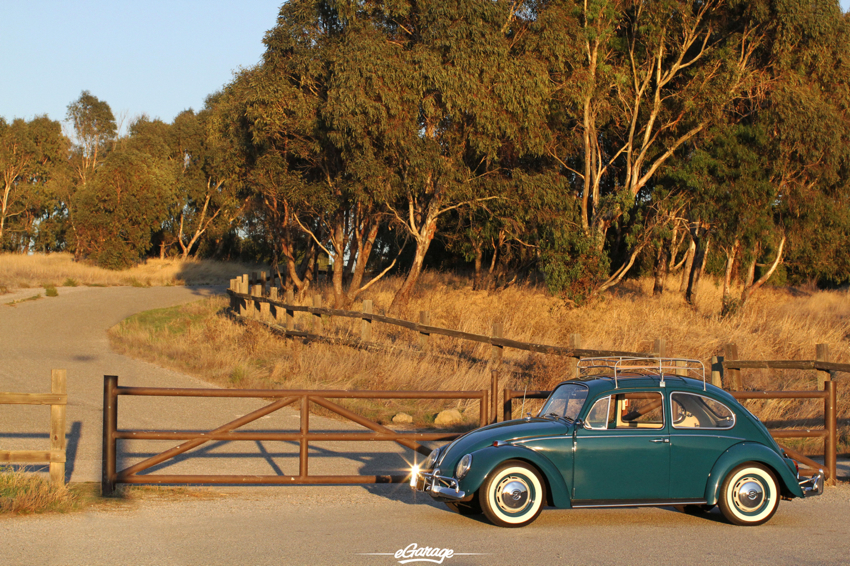 The AM radio station still plays the coolest classic rock. Sounds of Hendrix, Joplin and Zepplin ease my exhaustion. Whatever happened to music like this? After a long day of overwhelming my own senses I start to doze off in the back seat. I fall into a dream of that golden grass in field of the dog park, barking at other dogs and chasing my own shadow. 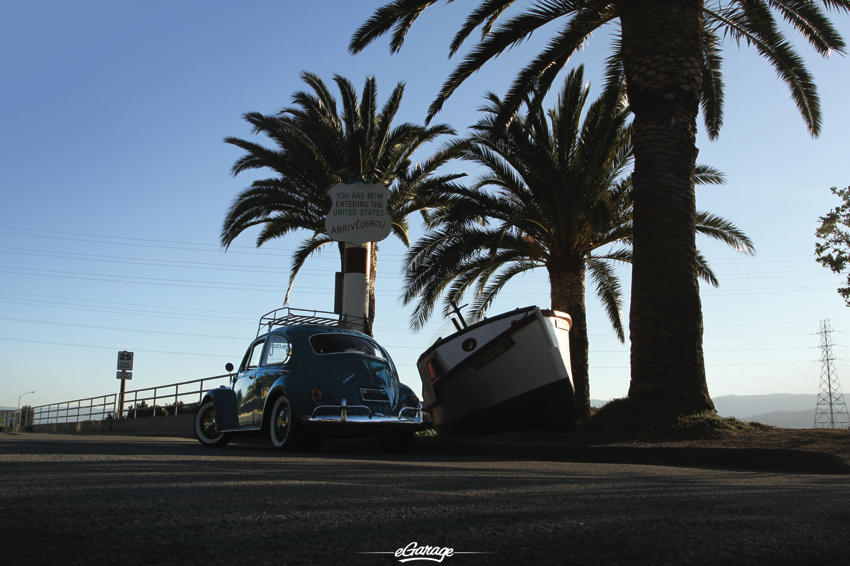 If there is ever a movie made of me it must have late 60’s rock music, a long car chase, Volkswagen Beetles armed with gadgets like James Bond and many, many explosions! I know the last accomplishment for me this evening will be a great healthy meal and a TV show about cops or Kim Kardashian. I will rest up and continue to evolve my skills as a writer and Storyteller until the next time my owners ask that ever so awesome question…”Ready to go?” 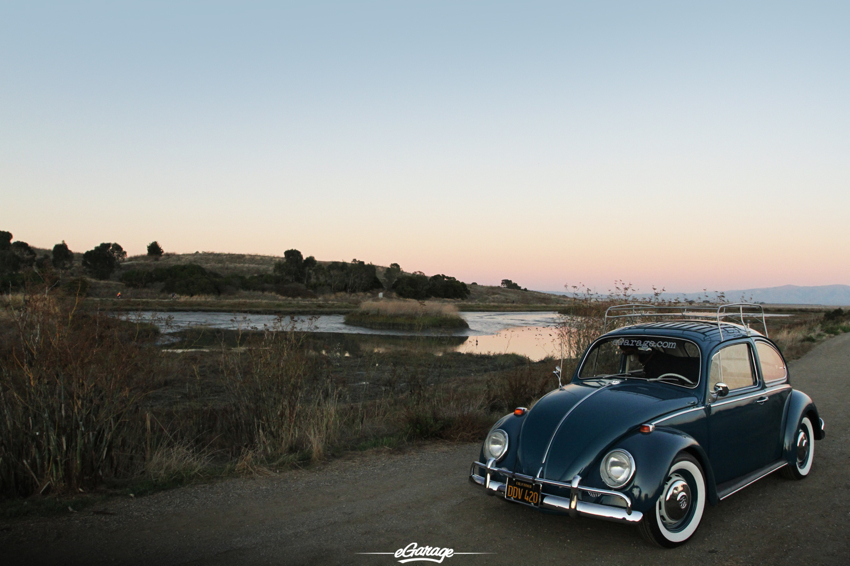 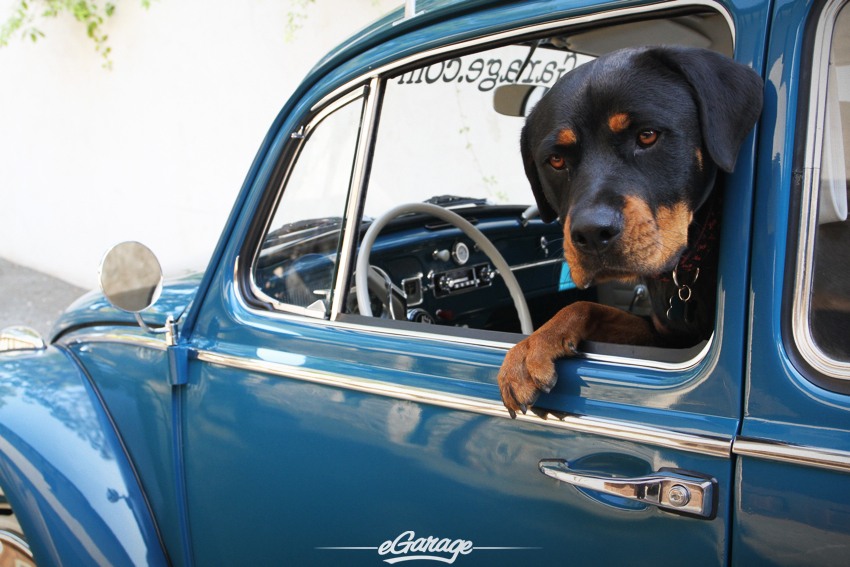