The original McLaren F1, a Supercar first produced in 1992 that can go 0-60 mph in just 3 seconds. Priced at a cool 1.1 Million US Dollars (£640,000), it was the world’s fastest & most expensive Supercar. In 1998, McLaren independently recorded a top speed of 242.97 mph (391.02 km/h) at the super secret Volkswagen Ehra-Lessien track. The McLaren F1 is a three-seat coupe with the driver seat and steering wheel situated in the middle of the car. The car was designed by Gordon Murray, who also designed competitive formula one racecars for McLaren. Production of the McLaren F1 ran from 1992 to May 1998. This particular red car was built for Michael Andretti in 1995. 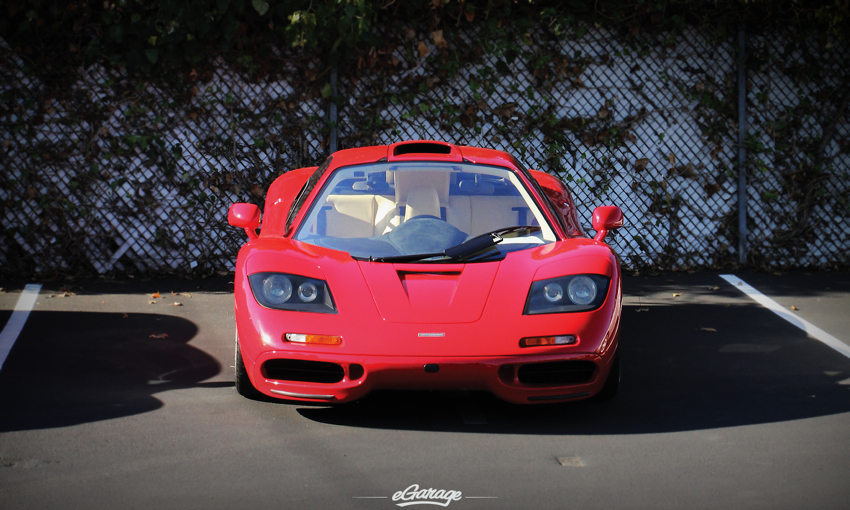 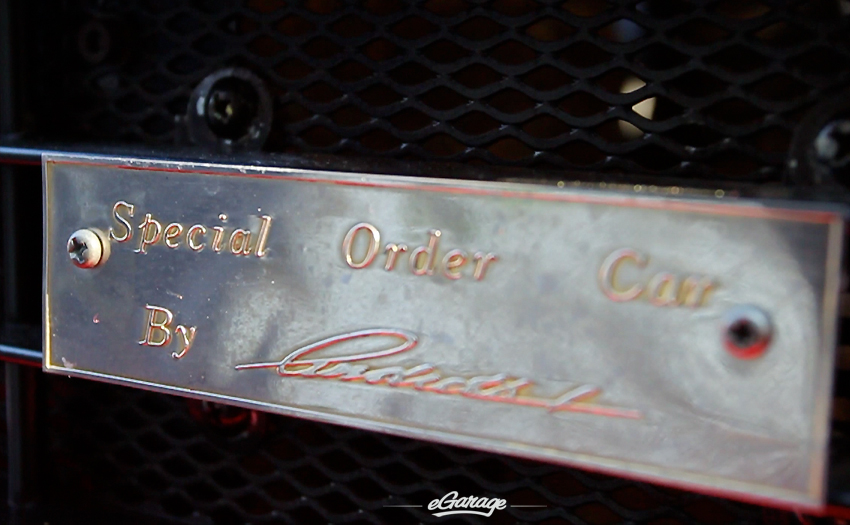 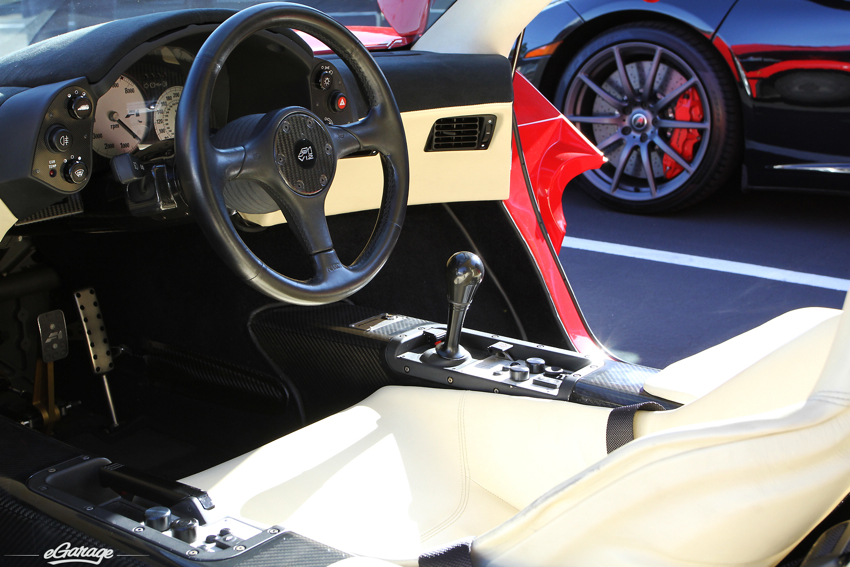 The F1 held the record for the fastest production car until 2005.  It has a 0–60 mph (0–97 km/h) time of 3.2 seconds. This has been shattered by the Bugatti Veyron 16.4, and the SSC Ultimate Aero TT. The McLaren F1 is the only one of the group with a naturally aspirated engine while its speed successors the Koenigsegg CCX, the Bugatti Veyron and SSC Ultimate Aero are not. 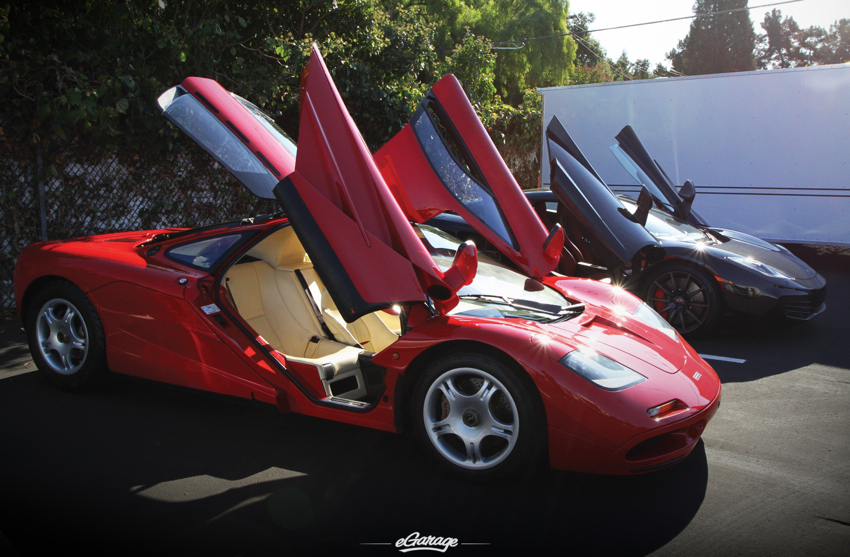 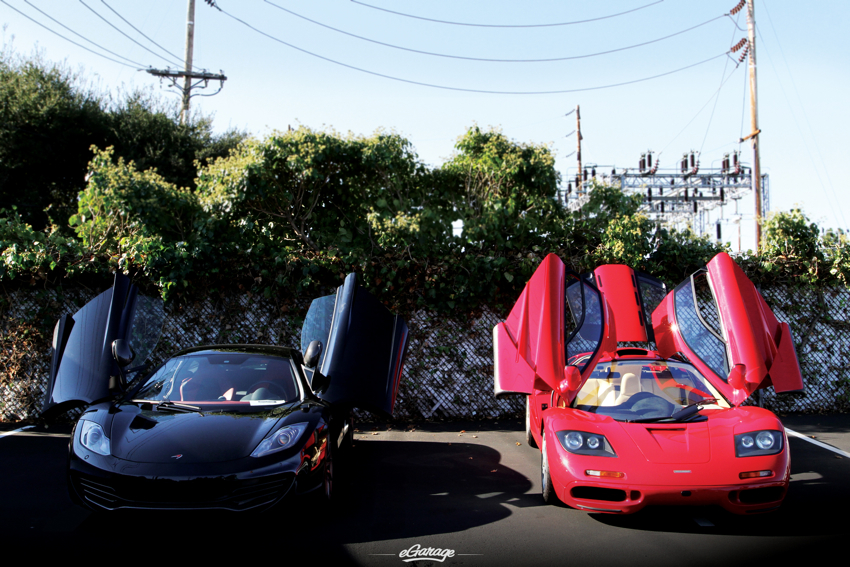 Over a decade later the now legendary McLaren F1 Supercar is succeeded as McLaren Automotive sets its sights on the exotic/sports car arena with a renewed brand of road cars beginning with the McLaren MP4-12C. Powered by its own mid engine McLaren M838T 3.8-litre V8 twin-turbo it also has a revolutionary “Carbon MonoCell” carbon fibre chassis. 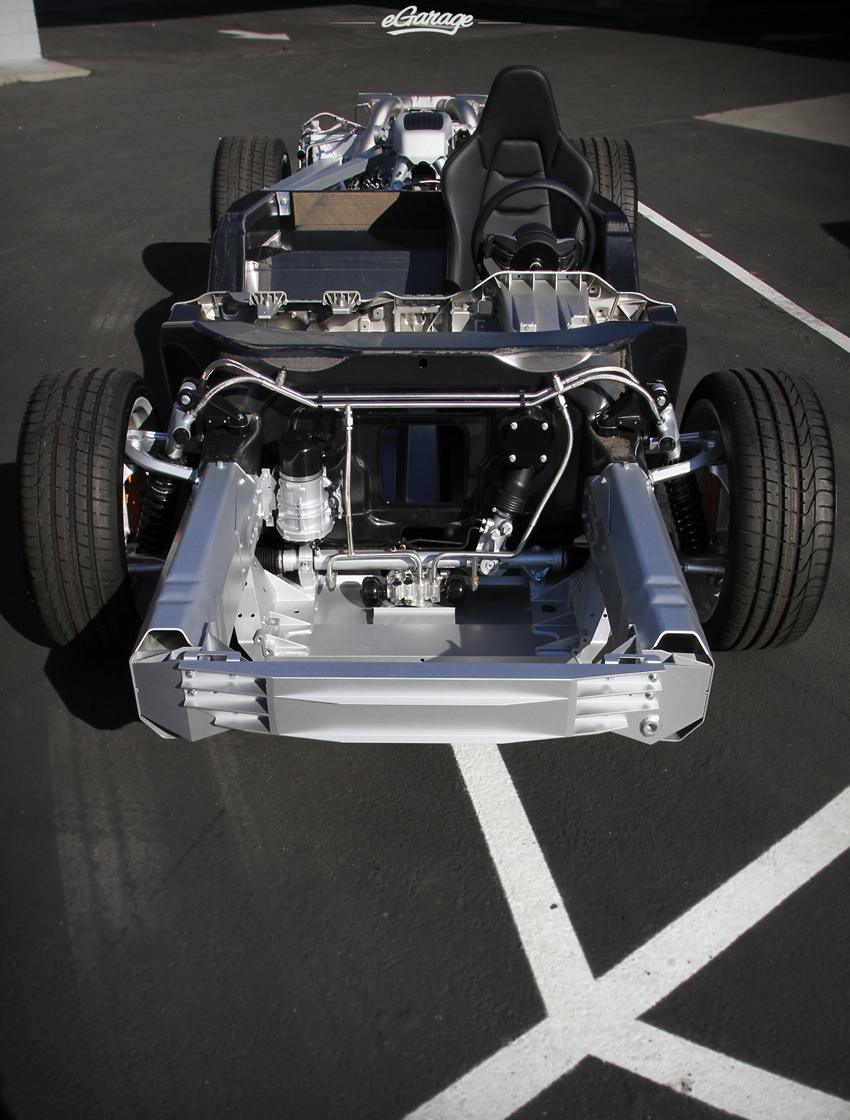 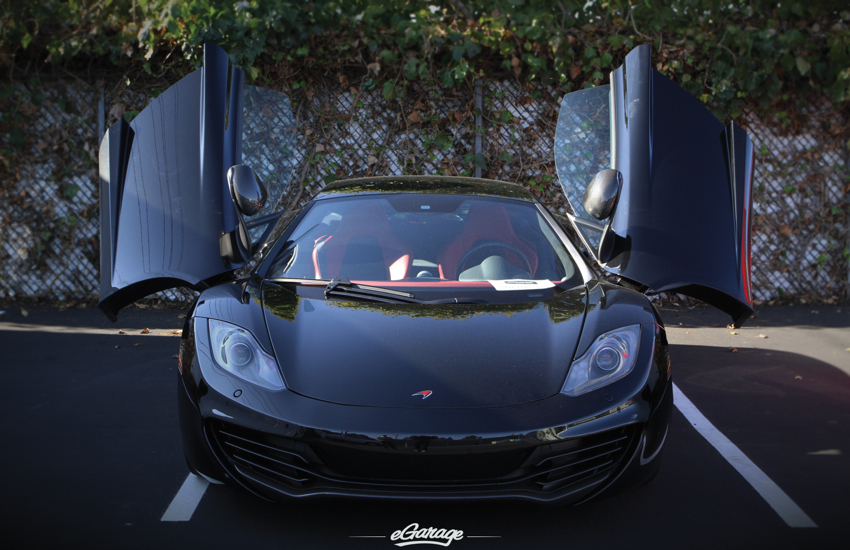 The MP4-12C weighs 2,868 lbs (1,301 kg ). The chassis is based around an F1 style one-piece carbon fibre tub, weighing only 80 kg (176 lb). The Mp4-12C twin turbo V8 makes 592 bhp and approximately 443 lbft of torque. This new McLaren has standard side-by-side seating, unlike its predecessor the McLaren F1. The MP4-12C has a very narrow center console thus seating the driver closer to the middle. 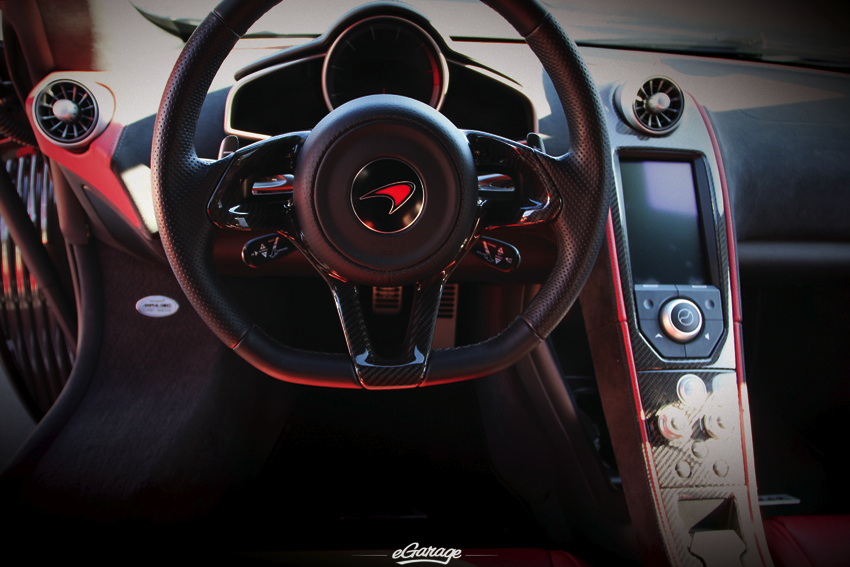 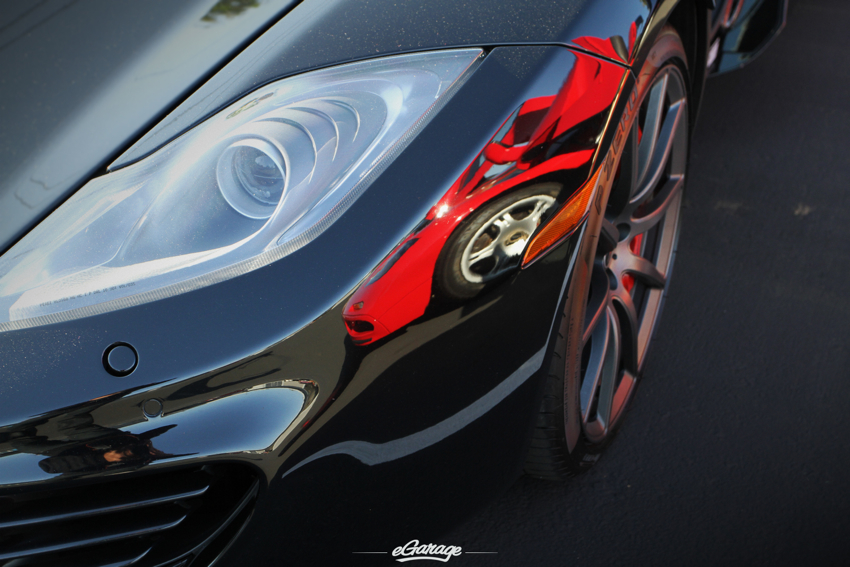 Over the past 2 years, the all new McLaren Automotive has seen retail locations open new doors all over the world and the brand is generating quite a buzz. McLaren of San Francisco Director, Alessandro Ribola tells us, “Each and every MP4-12c that we have coming in to dealers are spoken for.” Alessandro also tells us that the topless version of the MP4-12C is close to completion and will soon be unveiled. What really gets us excited is that McLaren has confirmed another Supercar is in the works! We can’t wait, for what McLaren Automotive has in store, so therefore, to be continued . . . 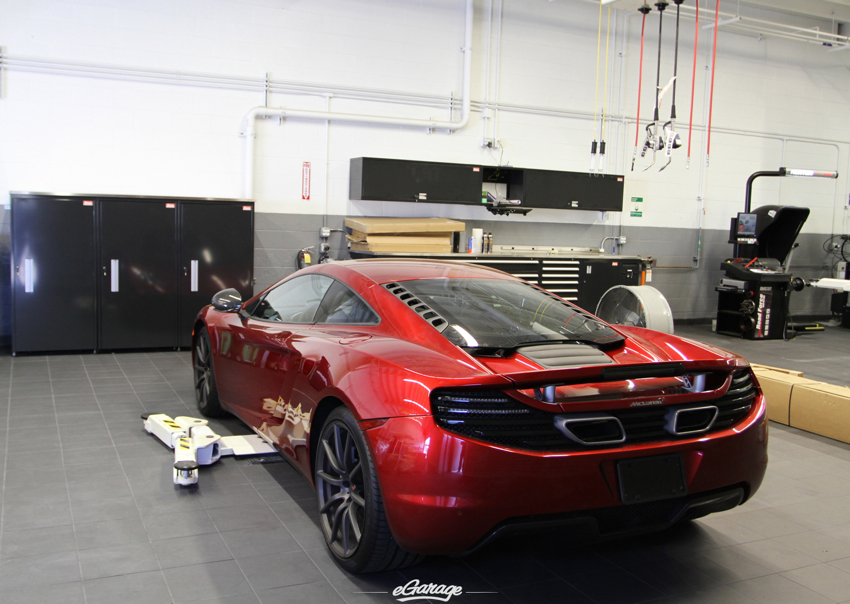 —FOR THESE AND MORE MCLAREN PHOTOS VISIT OUR eGarage FLICKR— 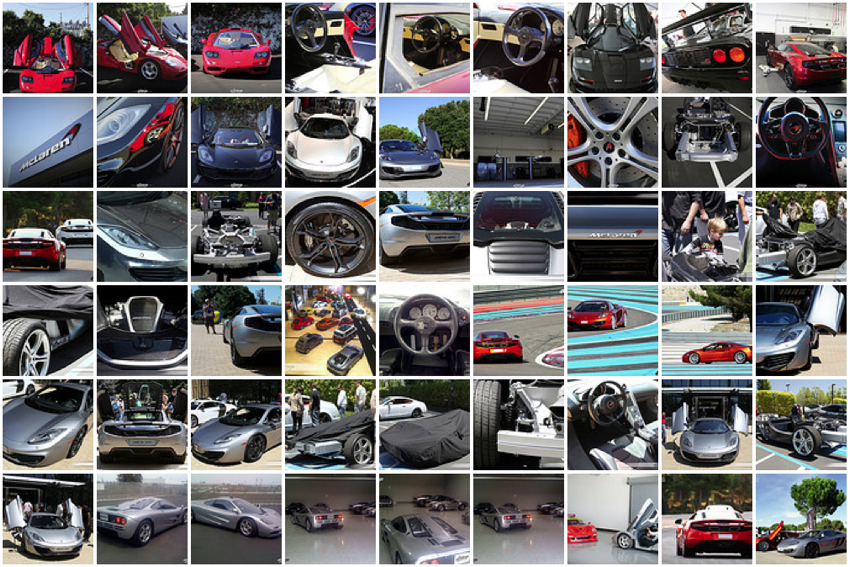