Monaco Grand Prix Historique is not only a simple revival period for old car enthusiasts, it is also the meeting point of a lot of small car rallies and car collectors.

For example, the Bentley Drivers Club came with more than 10 old Bentleys and the Credit Suisse Drivers Club participants had the chance to do a few laps on the Monaco racetrack during the Grand Prix Historique. 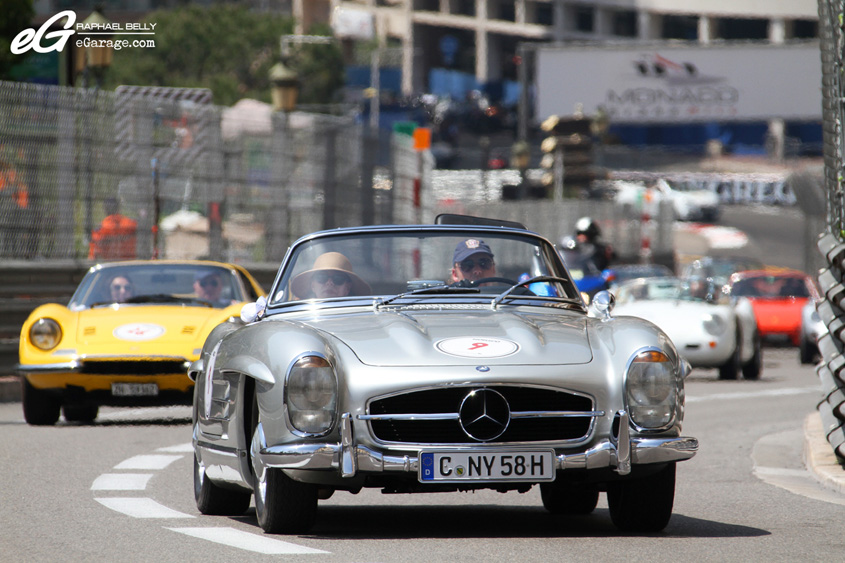 During these auctions, eGarage got the unique opportunity to get close to two pieces of art: a Talbot-Lago T23 Teardrop Coupe Figoni & Falaschi (chassis 93064) and a Ferrari 410 Berlinetta Speciale Scaglietti (chassi 0594CM). These 2 cars weren’t on the RM auction list and haven’t been shown to the public yet as they will be presented in August for the Monterey auctions in California. 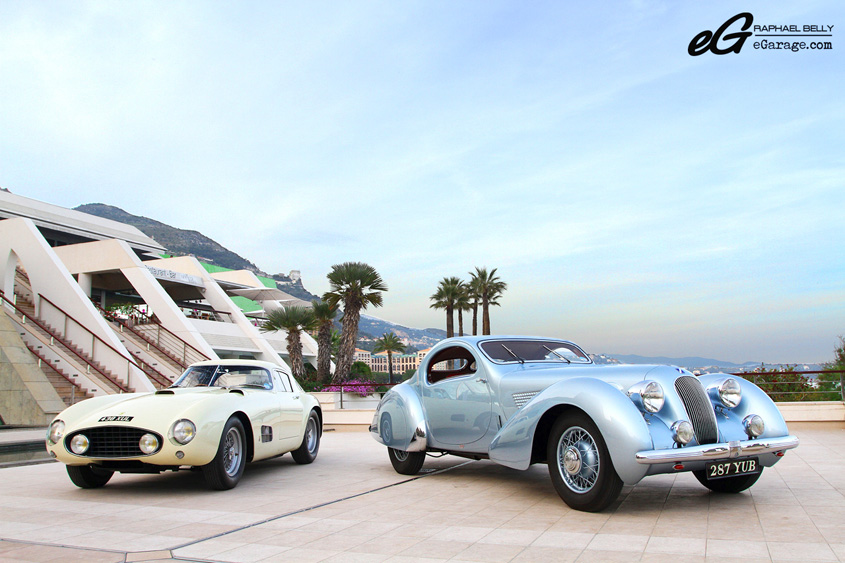 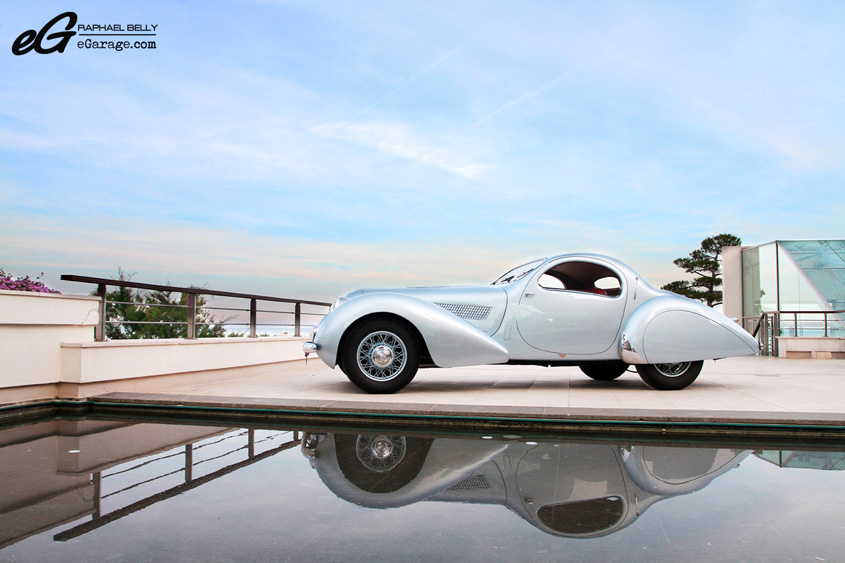 Giuseppe (or Joseph) Figoni was born in 1894 in Piacenza, Italy. He started working as an apprentice to a French wagon builder at the age of 14 and he soon seemed to be a true artist in metalwork. He left to fight in World War I and when he returned he opened up a body repair shop in Boulogne-sur-Seine (a suburb of Paris). He began by modifying the coachwork of touring cars. The quality of his work allowed him to establish a prosperous business. In 1925, Figoni was building complete bodies on a variety of chassis, including Delahaye, Bugatti, Renault, Delage, Panhard and Alfa Romeo. In 1935 he acquired a partner, Ovidio Falaschi, who also originated from Italy, creating Figoni & Falaschi. This partnership created some of the most memorable designs of the 1930s through 1950s. Falaschi kept an eye on the finances while Figoni provided the designs.

Figoni was obsessed with aerodynamic efficiency, that’s why he decided to create this exotic T23 Teardrop Coupe. The nickname Teardrop is due to the design of this car which reminds of a teardrop. 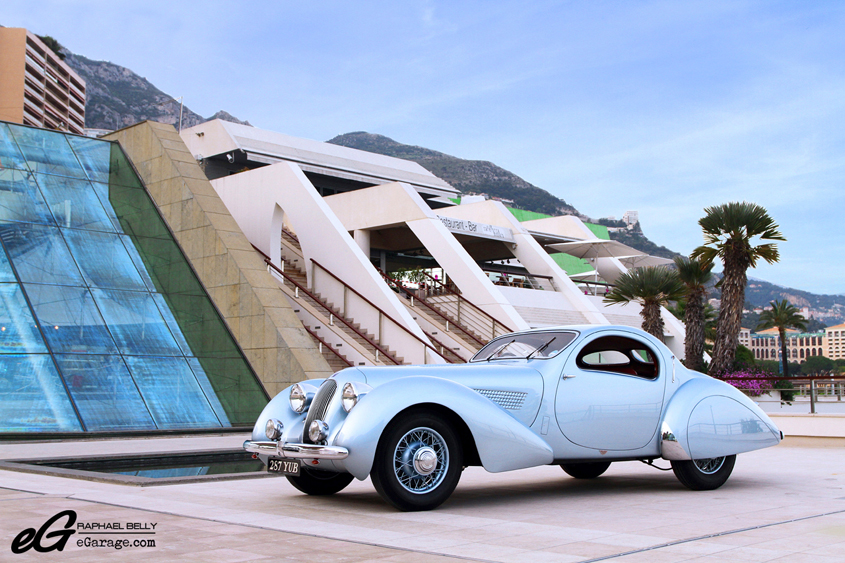 Peter Wallman (RM Auctions car specialist) describes this car  as “one of the world’s most stunning and chic automobiles and a masterpiece of French artistry and Art Deco design”. 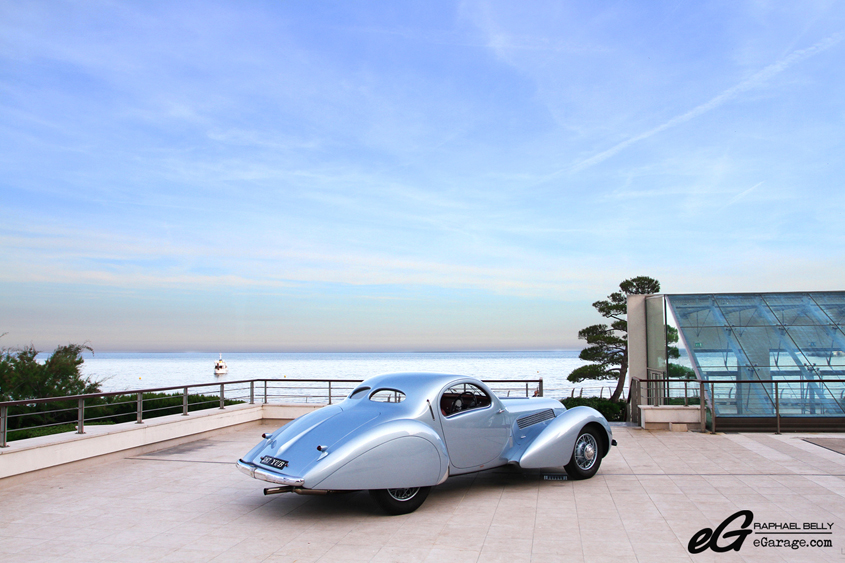 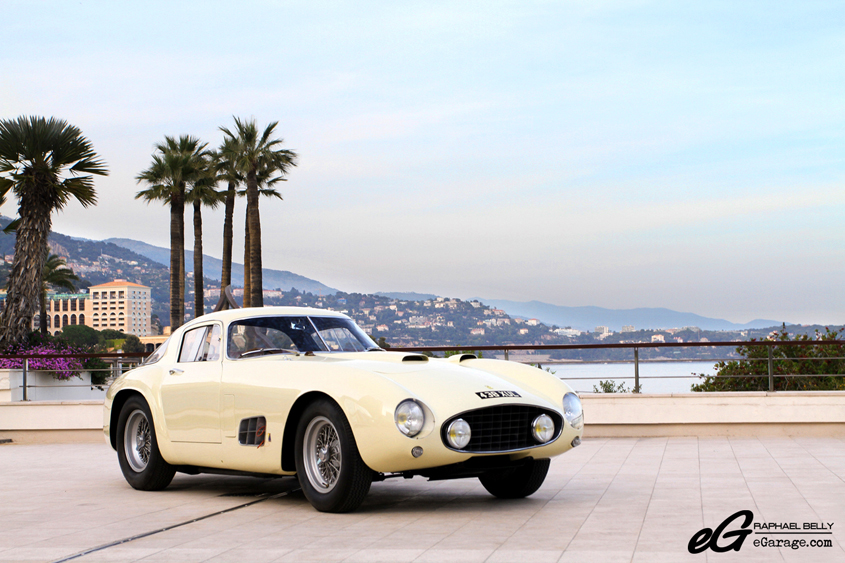 It was delivered new to French industrialist and Ferrari board-member Michel-Paul Cavalier. Painted creme-white, the one-off road car combined racing running gear with a well appointed interior. Cavalier owned the car for nearly a decade. The subsequent owner re-painted the car red. Since then it has been in the possession of prominent collectors like Pierre Bardinon and John Bosch. The latter had it restored to its original configuration and color (cream white). Now in British ownership, the fixed-head 410 S was shown at the 2009 Concorso d’Eleganza Villa d’Este. 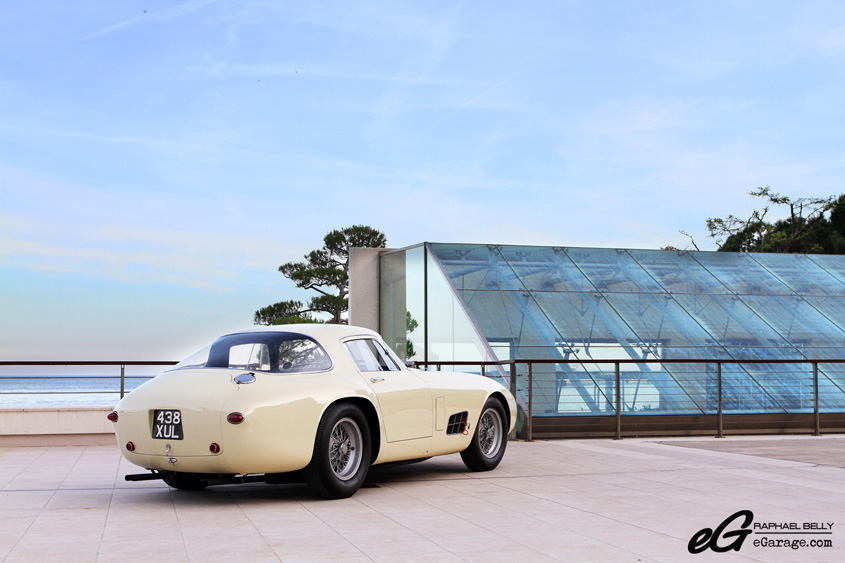 Inside the car we obviously find in front position a 4.963 cc V12 engine, delivering 340 HP at 6000 RPM. It is fed by 3 Weber carburetors. The 410 Berlinetta used drum brakes at the front and at the rear. The front suspension was in double triangulation with helical springs whereas at the rear it used leaf springs. The four 410 cars were ready for the 1955 Mexican Carrera Panamericana but regrettably the organizers had to cancel the rally due to too many fatal accidents caused by the very bad state of the road. 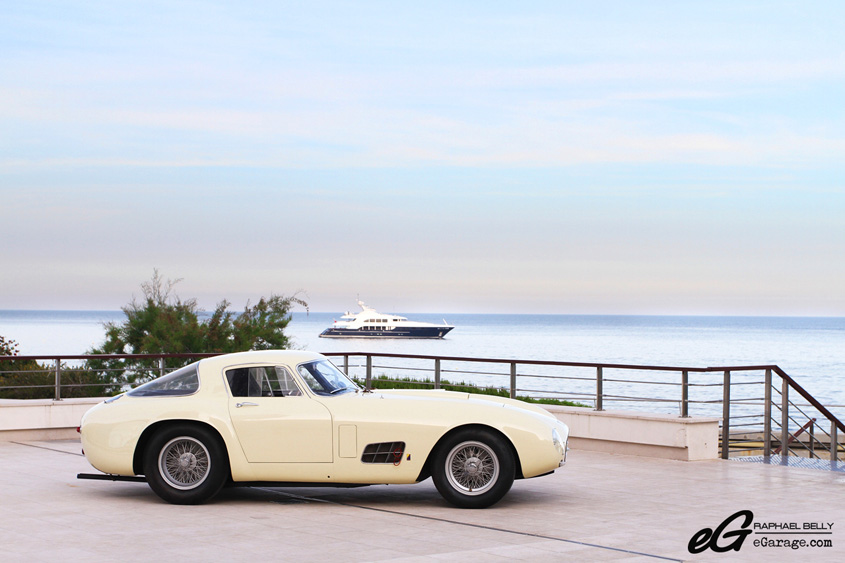 No doubt that these two jewels will find a new owner in Monterey, the only mysterious thing is the price that will be paid to get one of them (or both!). But regarding their specifics it would be more appropriate to speak about investment. And as said, love doesn’t count the cost.