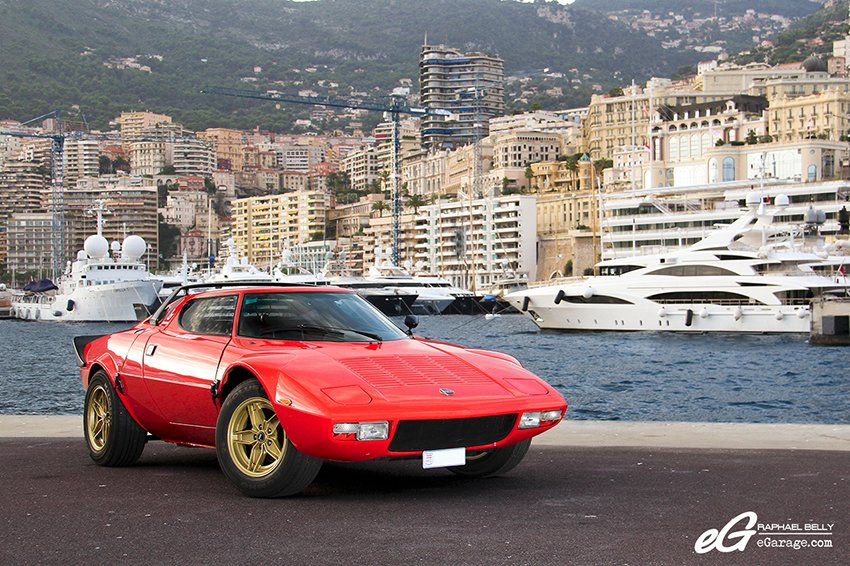 A few months ago, after I published some photos of a Lancia Stratos, I received a private message congratulating me for the “beautiful pictures of my Stratos”.  I was pleasantly surprised because it’s rare that simple photos of car-spotting cause this kind of response. Most of the time the pictures are published and it is very rare that they find the eyes of the owners.

I thank him for the response and immediately I propose a photography session with the car…and he accepts! We agreed on the place and date and here you find the fruits of that special day.  When I arrived on the main dike of the Monaco Port Hercule, the car was already there and ready to be be photographed from all angles. The owner waits closeby. 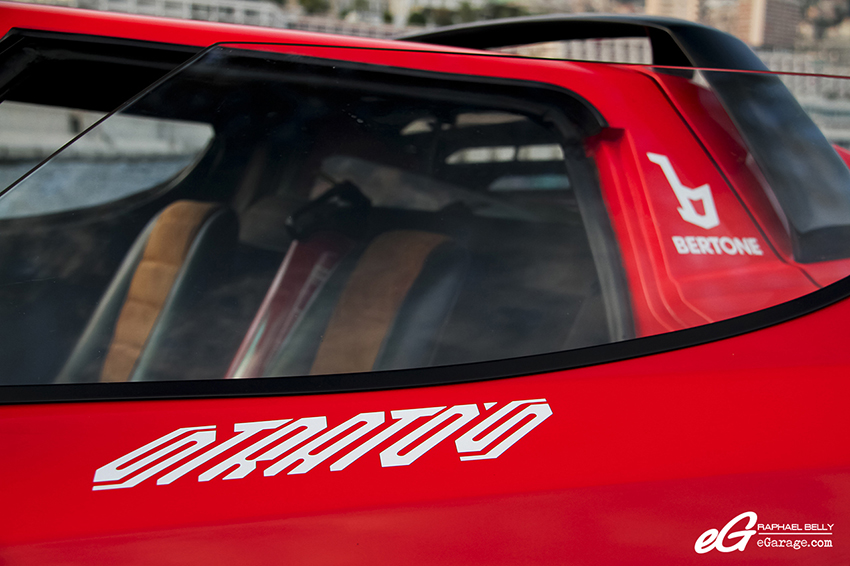 The original drawing of this car, was due to the sharp pencil of the great masters Nuccio Bertone and Marcello Gandini. The definitive version was very different from the presentation model, with the appearance of a vast glazed cockpit overtaking the body. The motor, with the central-back transverse engine producing 190HP, taken from the Ferrari Dino V6. 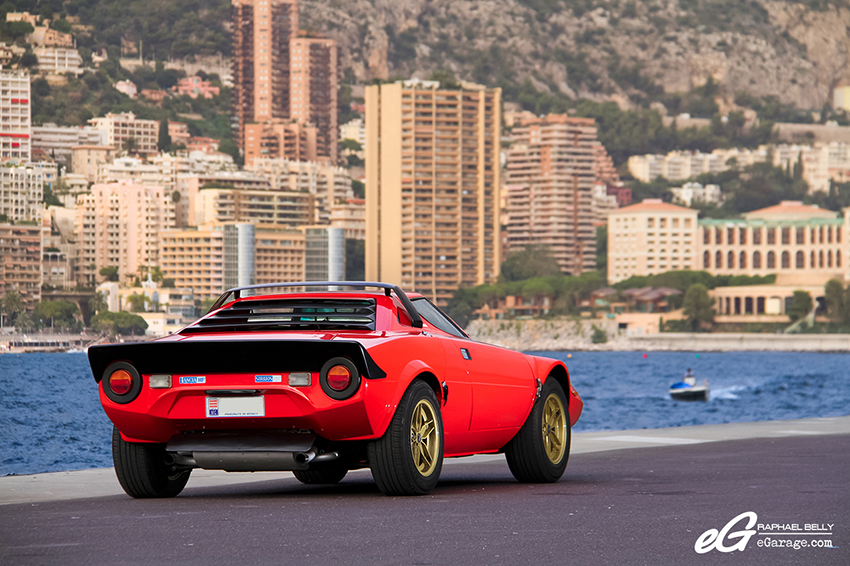 The Stratos was the first car designed with the aim of the international rallies. This allowed her to win in front of other models, which, at the time, were simple adaptations of versions initially planned for the road use. Only 492 cars were built, besides 3 development prototypes.

I wondered why the owner fell in love with the Lancia Stratos HF because he seemed very young to me. Not that it is a “old man’s” car but it’s not common to see young people with this type of car. We see more often young people of his age in Ferrari 458 Italia or in Mercedes SLS, especially in Monaco! But it’s all to his credit and it titillated my curiosity on why he chose this car and what story hides behind this car and this man. 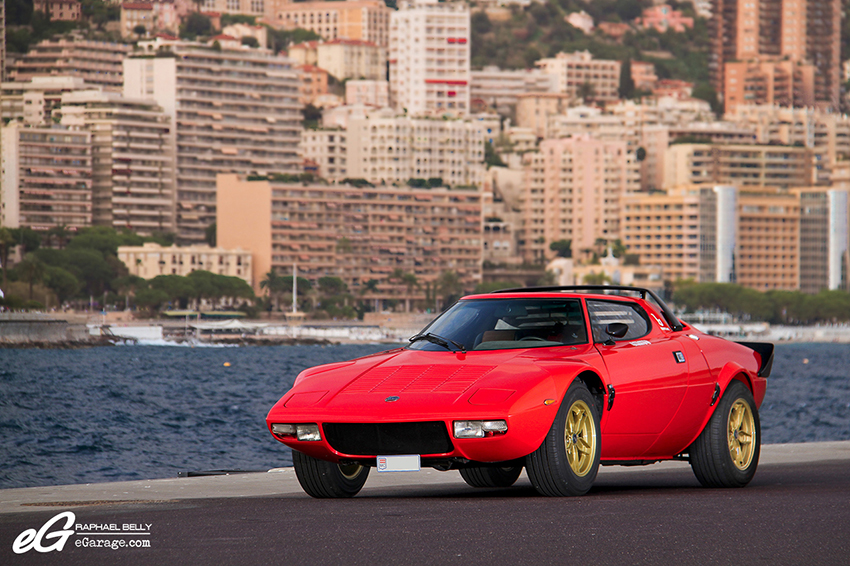 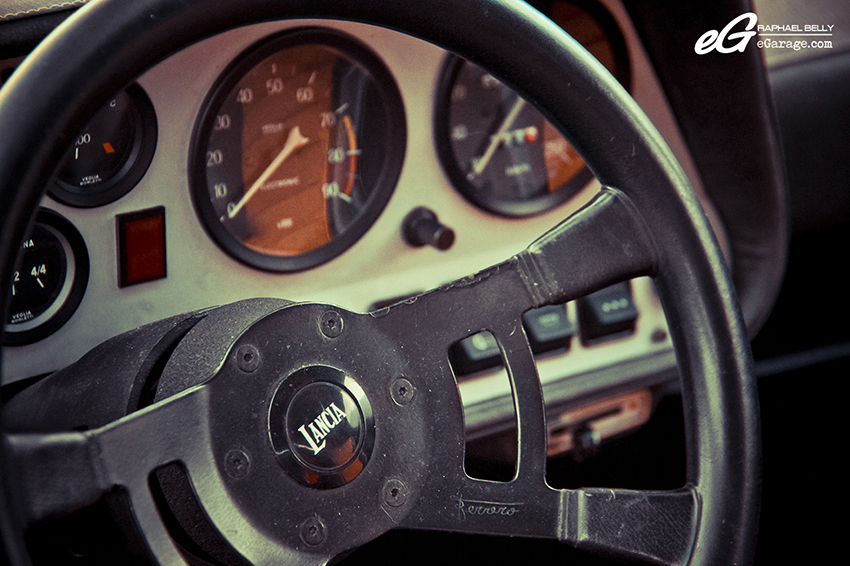 And unsurprisingly, I discovered a real enthusiast. “I was always an amateur with cars, but for me the Lancia Stratos is the most beautiful of all. In spite of its age, 40 years old, yet it still keeps a shape and has an incredible charm. When you drive it, you can hear the V6 roaring and growling incredibly, the sound of the carburetors when you change down a gear are fantastic. What I love is the absence of assistance that you find on modern cars. There are no electronics, the only thing which guides it is the driver. I think that whoever is lucky enough to drive it one day must only fall in love with it.” 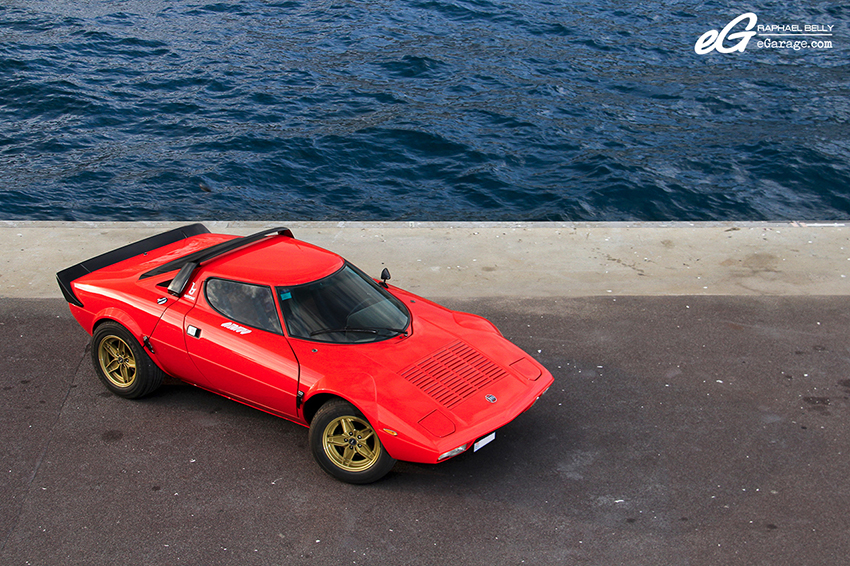 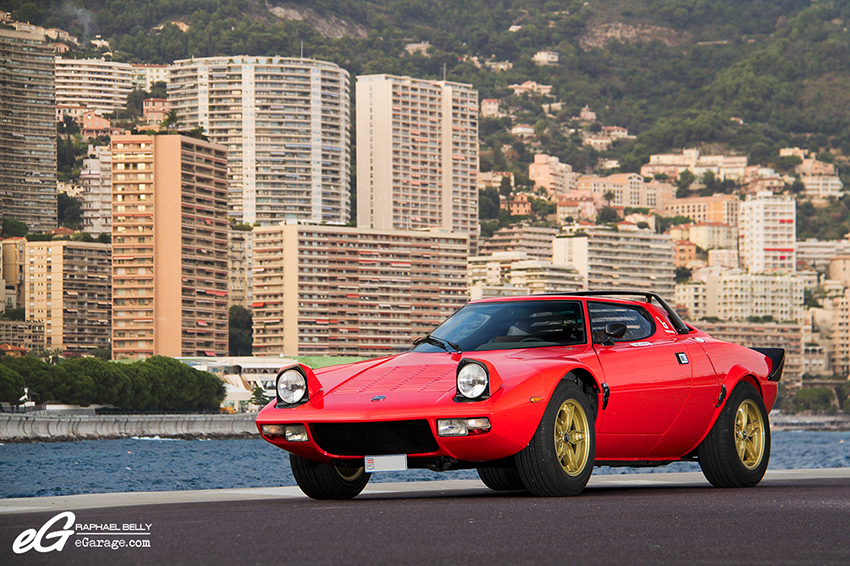 He immediately adds, “I’m preparing a book on the Stratos. I have more than 400,000 pictures of this Stratos – of its construction until now, whether it be historic picture of Bertone, in races, etc. I do the maintenance myself, both mechanical level and at the aesthetic level. I spent a lot of time finding parts, this is the most complicated. I am also restoring another one, this will be at least one year of work. ” 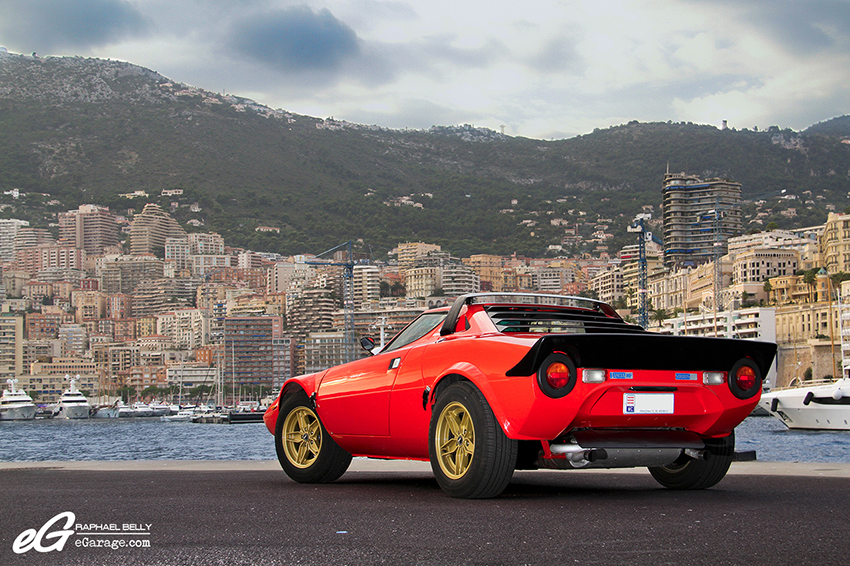 While we speak about the car we rarely pry our eyes from the camera and we forget to lift the headlights! Fortunately we made up for it by making a last series of pictures with the front lights opened . 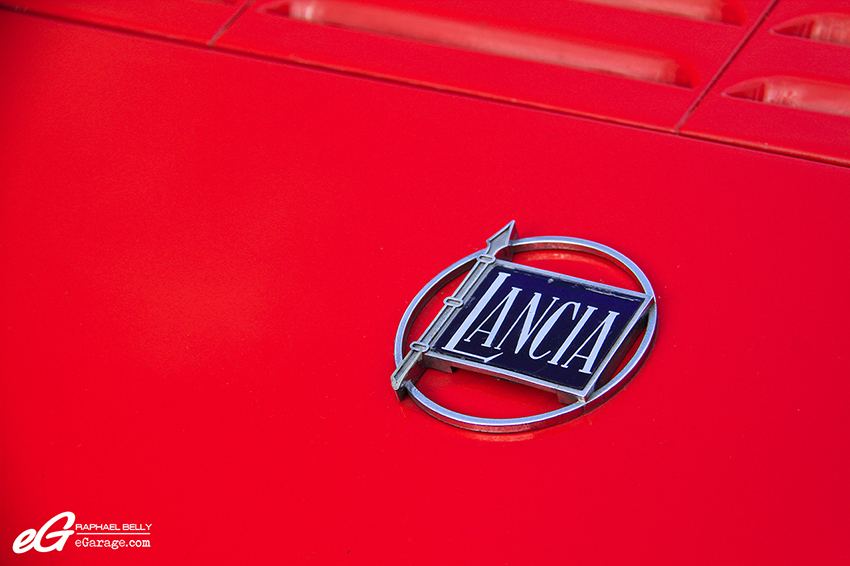 About 1 hour later and after some great words shared with the owner, the only thing remaining is for me to thank him for the pictures and the story, and wishing him good luck in restoring the another one, hoping to meet him again in one year when the other one will be finished.

From Monaco with love