It’s early on Saturday morning and it’s quiet. The sound of metal chains and a garage door creaking open disturbs the early morning peace. A car emerges that I’ve never expected to be face-to-face with. It’s a car whose reputation precedes it in every way. People who have never experienced it fear it. 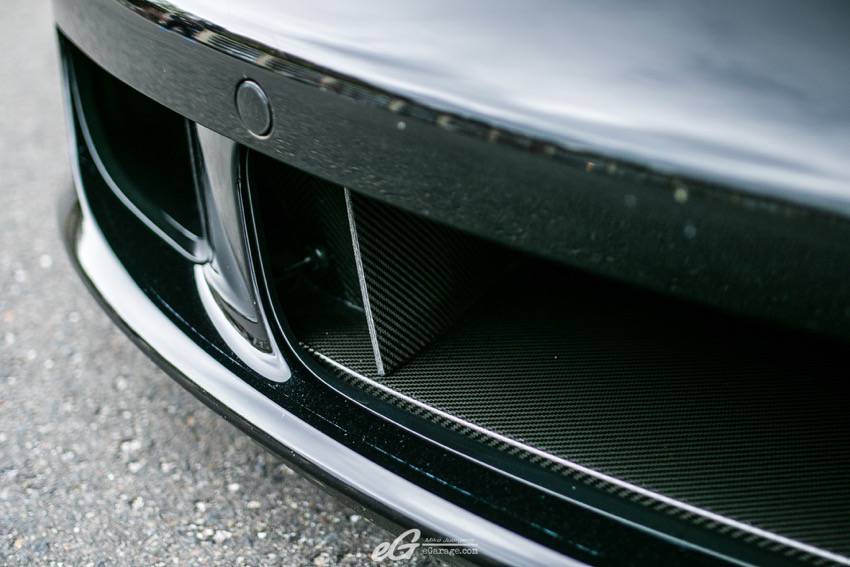 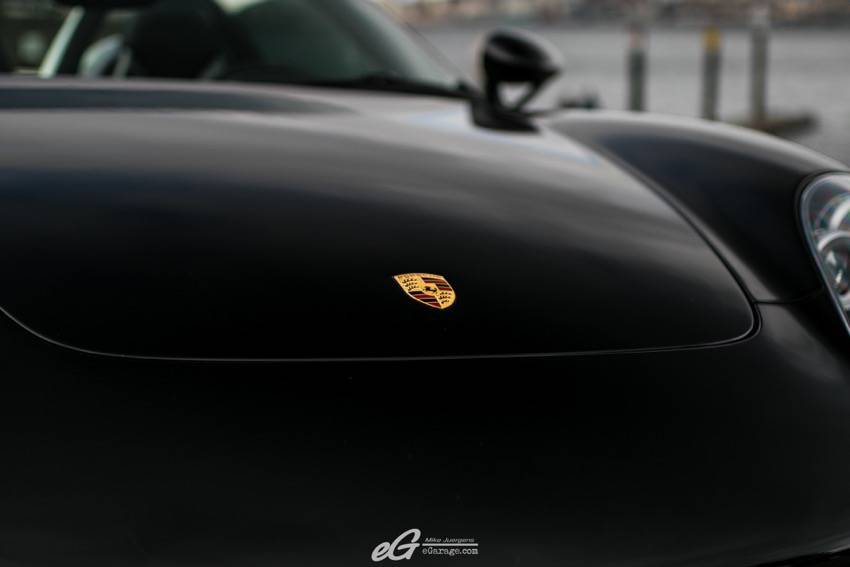 This car was originally conceived as a replacement Porsche Le Mans prototype for the 1999 racing season as the 911 GT1 and the LMP1-98 programs had ended. Porsche engineers decided to move forward with a V10 which would delay the Le Mans Prototype by one year. Porsche had secretly built and shelved a V10 for use by the Arrows Grand Prix International Formula One team in 1992. The engineers resurrected the V10 engine and increased it’s size to 5.7 liters from 5.5 liters with intentions of fitting it into a new Le Mans Prototype. 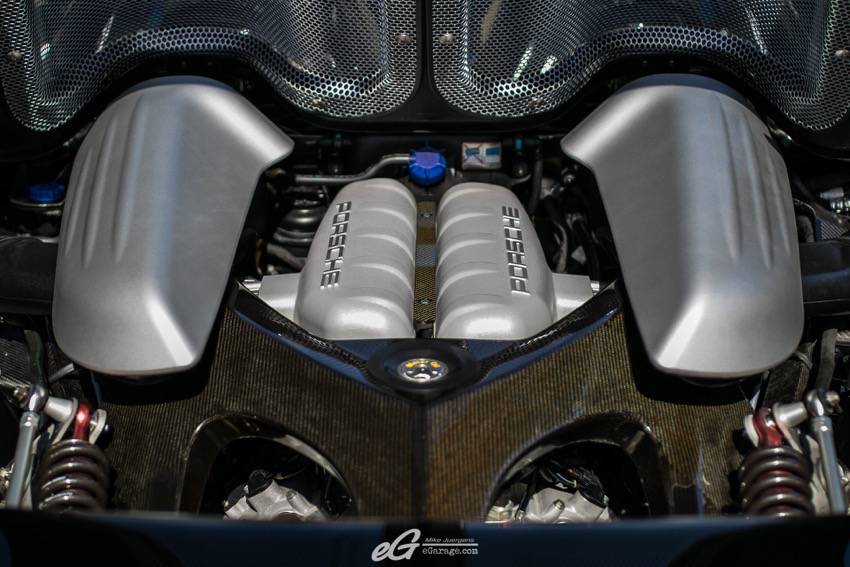 The Le Mans program never saw the light of day in favor of the Cayenne SUV. Also, most likely due to meddling from Ferdinand Piëch who wanted to see Audi’s new LMP1 R8 not face any competition from Porsche. During the 2000 Paris Motor Show Porsche displayed a concept car fitted the V10 engine. Due to interest and an influx of sales from the Cayenne the car was green lit and just over 600 cars arrived in the US. 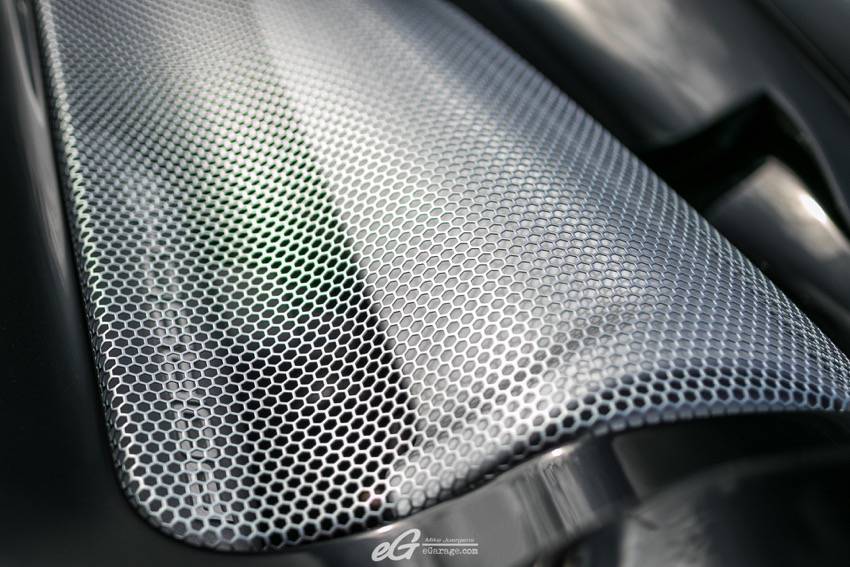 Behind the garage door was one of these 600 cars. All 10-cylinders and 612 horses roared to life in a cold start. The sound of which is hard to describe and I’m not even gonna try. We removed the roof panels, an engineering marvel on their own, so that we could enjoy the unseasonable Seattle weather. The car barked to life. The hairs stood up on the back of my neck. I was face to face with a unicorn, a loud unicorn. 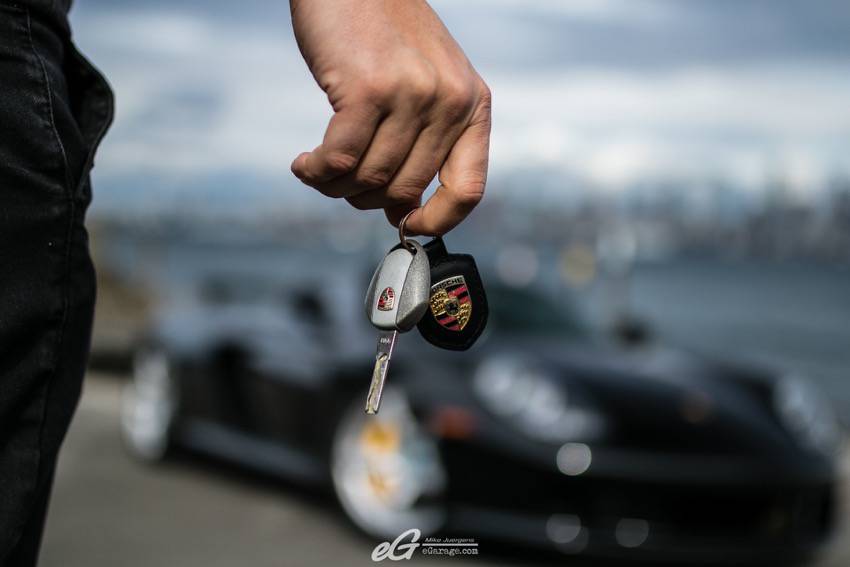 Once leaving the garage, I got my first taste of the mighty Formula-One-esque powered street car. It was humbling. The sound of the V10 screaming away behind my head is something I’ll never forget. This road car puts the current batch of Formula One cars exhaust note to shame. It’s astonishing that a road car can make a more appealing noise than a full-blown race car. 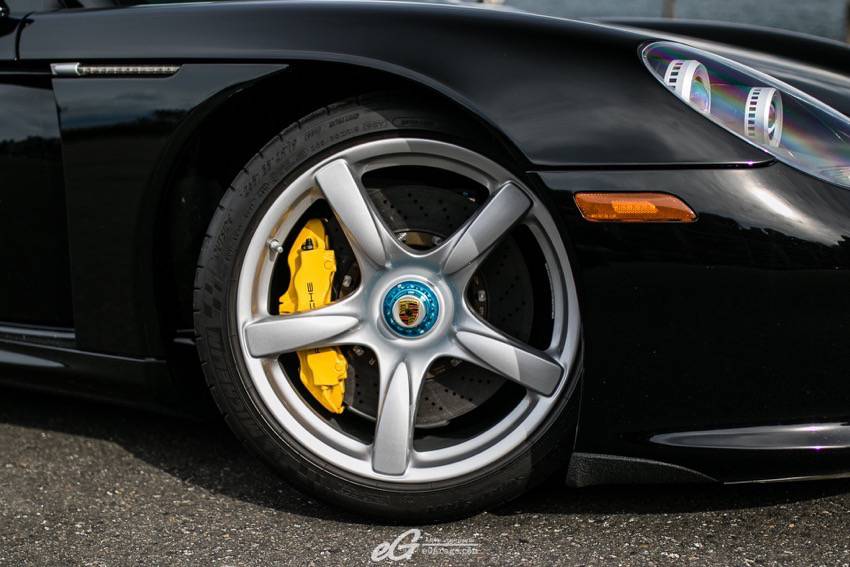 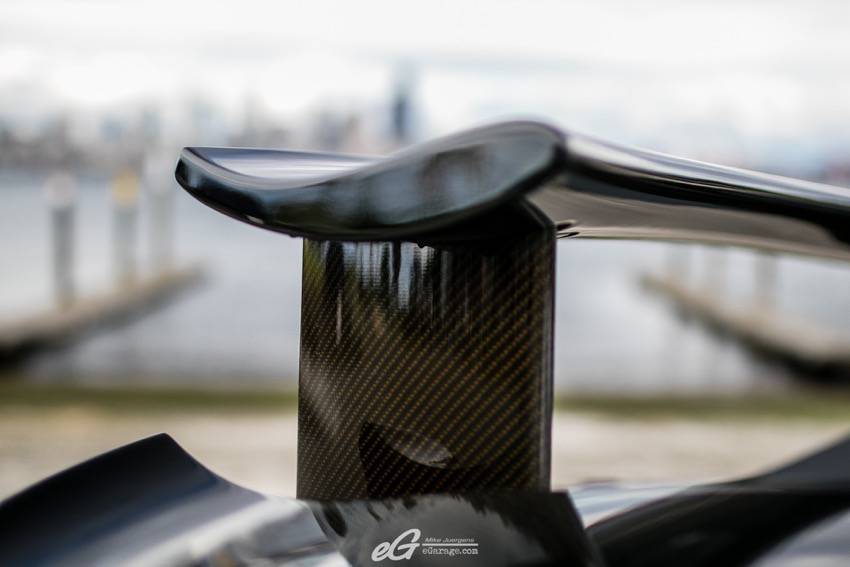 It would be a stretch to call this car a daily driver. There’s so much power on tap and the redline is so high that it’s almost impossible with the traffic to row through the gears. The clutch is difficult, requiring a mix of faith and touch that is unique to this ceramic race spec system. The car can experience a snap oversteer that has claimed many a victim. Rumor has it that Porsche engineers weren’t altogether satisfied with the suspension settings of the cars that left the factory. The car bites. It bites hard. It can be expensive. Worse, it can be deadly. It’s intimidating. 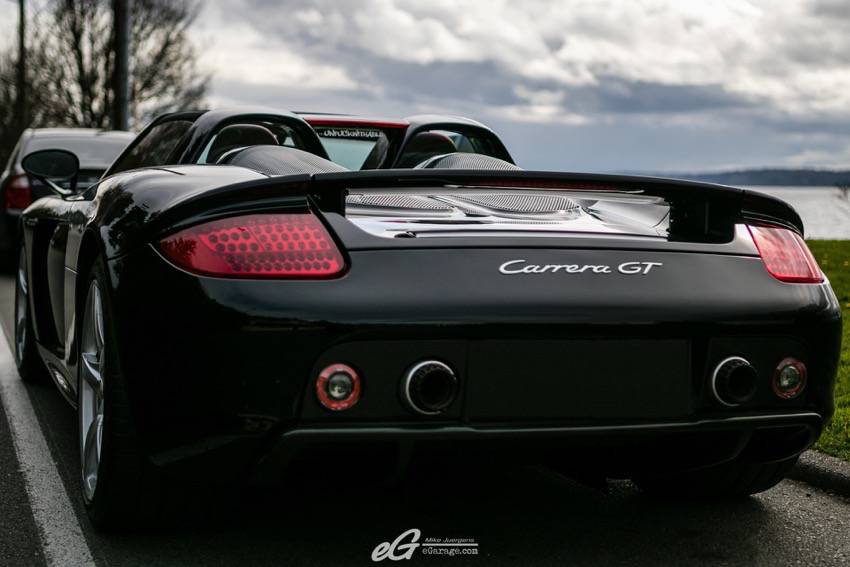 We made our way through the edge of the Seattle downtown and under the viaduct past the Starbucks headquarters. We had a few errands to run and we were also on a mission to get some Ma’ono Fried Chicken. Yes, its possible to run errands and do day to day stuff but, with the tops stored in the bonnet, there’s zero storage space available even for fried chicken. It turns out that this wasn’t a problem as there wasn’t any left to take home. Wow, that was good chicken. 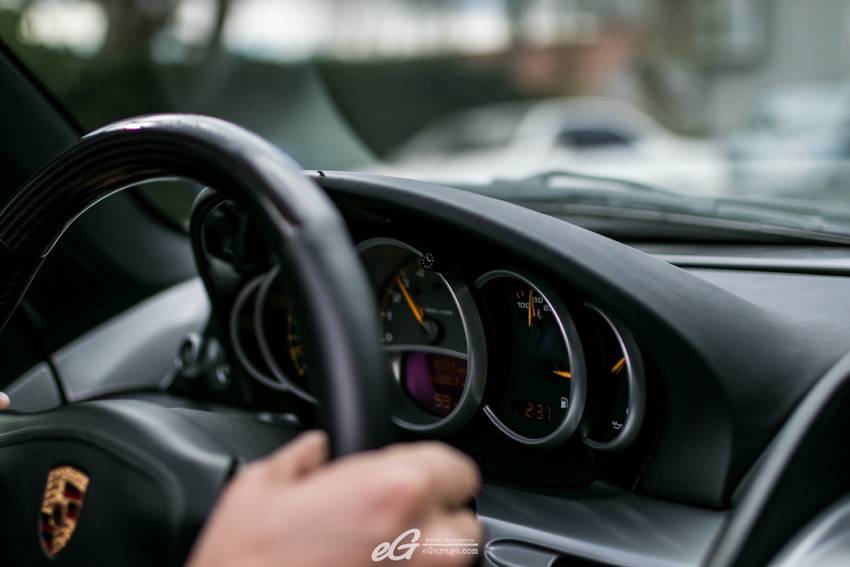 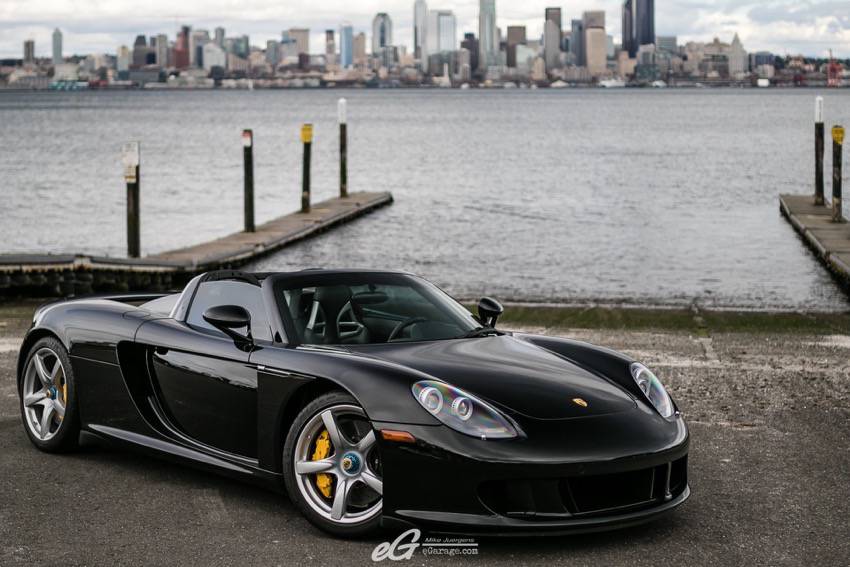 We headed back towards downtown Seattle taking the long way around to avoid the traffic and found some great stopping points to help frame the car against the Seattle skyline. I couldn’t think of a better way to experience Seattle for my first time. It’s a day that I will never forgot but it wasn’t over yet. 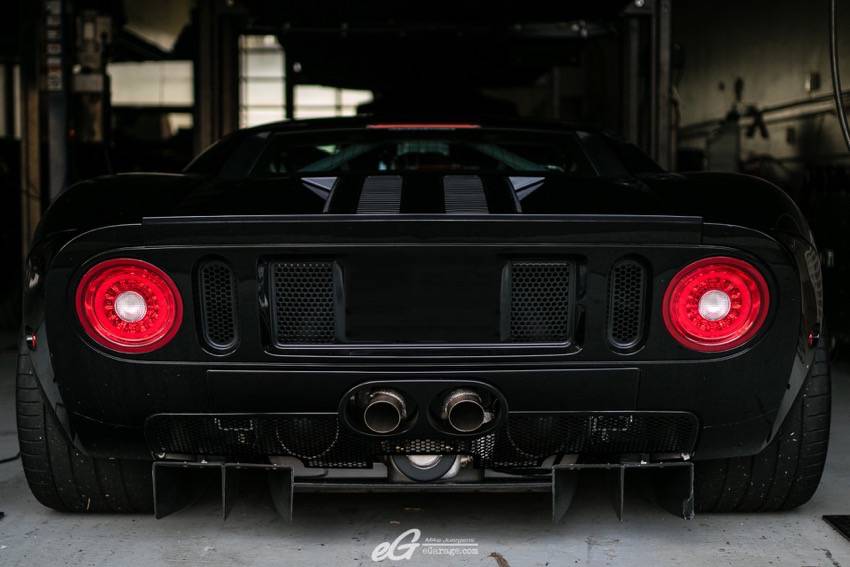 At the 2002 Detroit Auto Show, Ford unveiled the GT40 Concept Car. Ford started the development of the GT40 successor to celebrate Ford’s centennial year. It was part of Ford’s campaign to show off and revive its heritage names. Ford was serious about the GT40 concept being successful that they even brought Carroll Shelby in to assist with the performance testing.

While the GT shared a similar appearance with the original Ford GT40 cars, it was wider and taller than the original 40. Structurally, there is nothing similar between the modern GT and the 1960’s GT40 which inspired it. 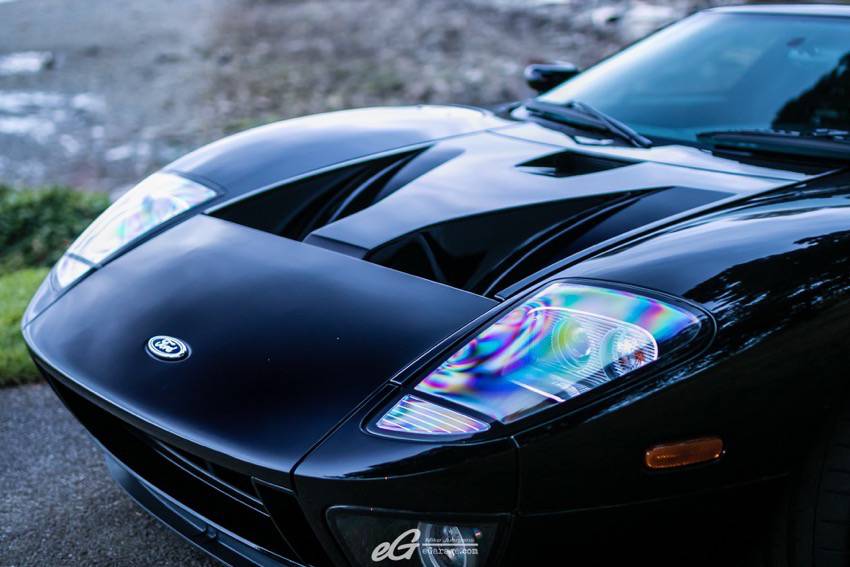 Delivery and production of the first Ford GTs started in the Fall of 2004. Ford wanted to use the GT40 name. Safir Engineering, who built continuation GT40s in the 1980s owned the naming rights. Ford had to settle on using just the GT name. The production run of 4,038 GTs ended with the 2006 model year on September 21, 2006. There was a reported 3,452 sold. 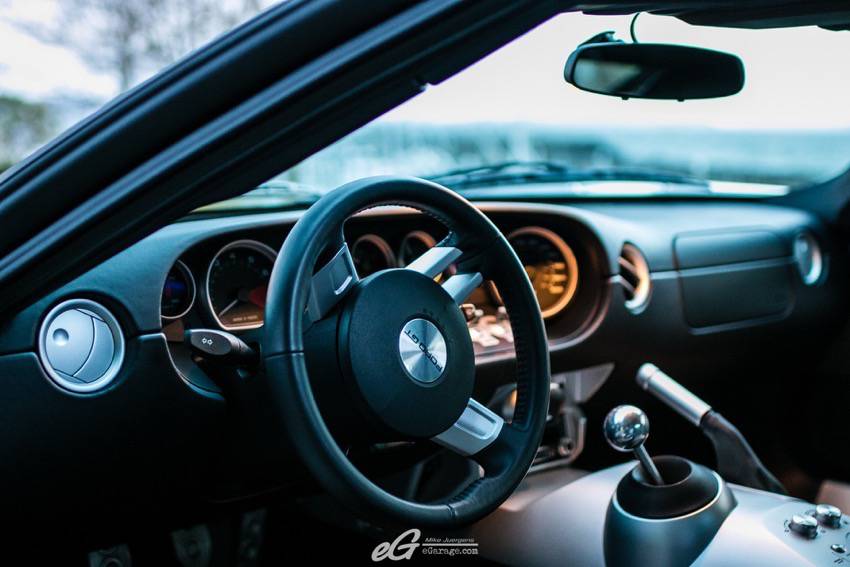 The Ford GT, while equally befitting the supercar moniker as the Carrera GT, is in another world. The sharper lines of the Ford contrast against the rounded edged Porsche. The Porsche’s tight and rigid interior is stark compared to the Ford’s decidedly more American interior. The use of carbon fiber is much less obvious in the Ford. It’s there but they hide it away. The seats and driving position definitely fit larger American frames better. The driver and passenger also have more room between them. There’s no rubbing elbows in the Ford. 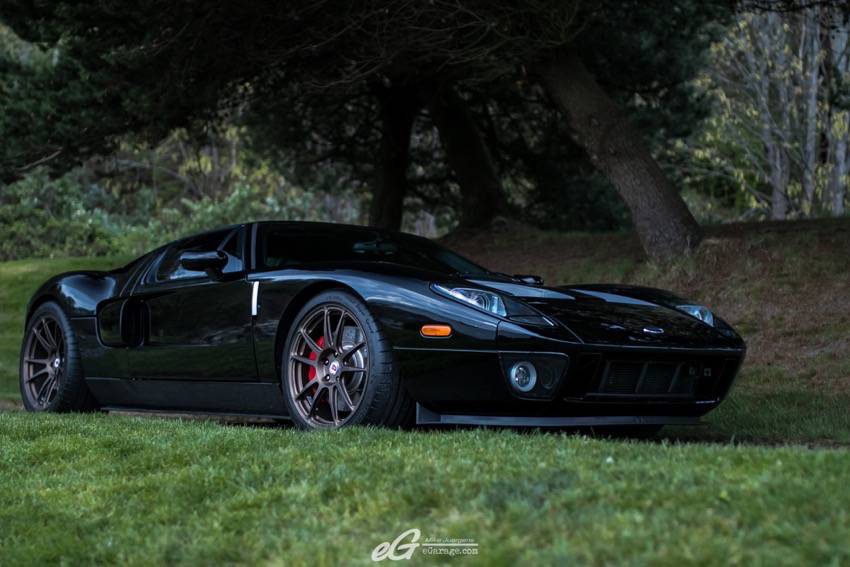 With the Ford, you get all the benefits of driving a supercar: the sound, the performance, and the looks, without having to deal with the crazy maintenance costs or fears of scraping the belly on a driveway. But those doors are undeniably the main thing that makes the car trickiest to park. You’re either swinging into a curb or you’re hitting your head getting out. These are “problems”. 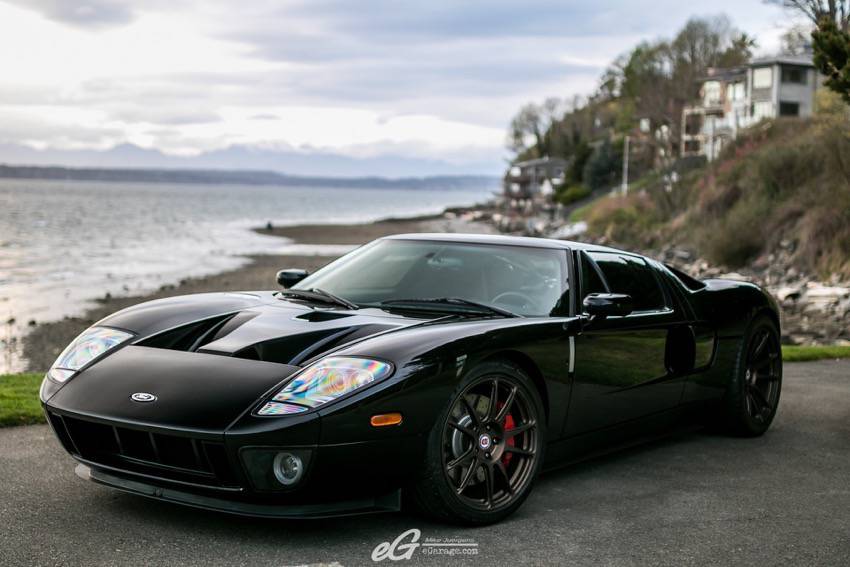 But yet, if I had to pick I would choose the first car. For the simple reason that it plays the supercar role better. With it’s extreme engine note, cramped and uncomfortable interior, unforgiving driving characteristics and it’s European. While the Ford GT40 has a rich history rooted in Le Mans the Ford GT is far from that original car. The namesake is still there but the Le Mans DNA is not. The Carrera GT remains the car that could have one day dominated Le Mans. It would be hard to pass up owning such a marvel of German engineering.

A Visit with Christian Coujin