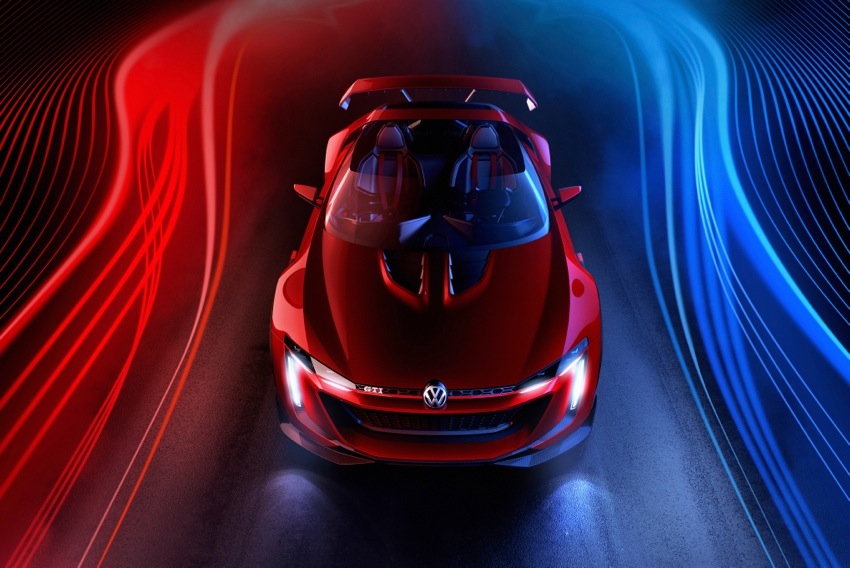 Volkswagen is turning the virtual world into reality this weekend, as it presents the GTI Roadster concept at the famous Woerthersee GTI meeting in Austria. The Volkswagen GTI Roadster. 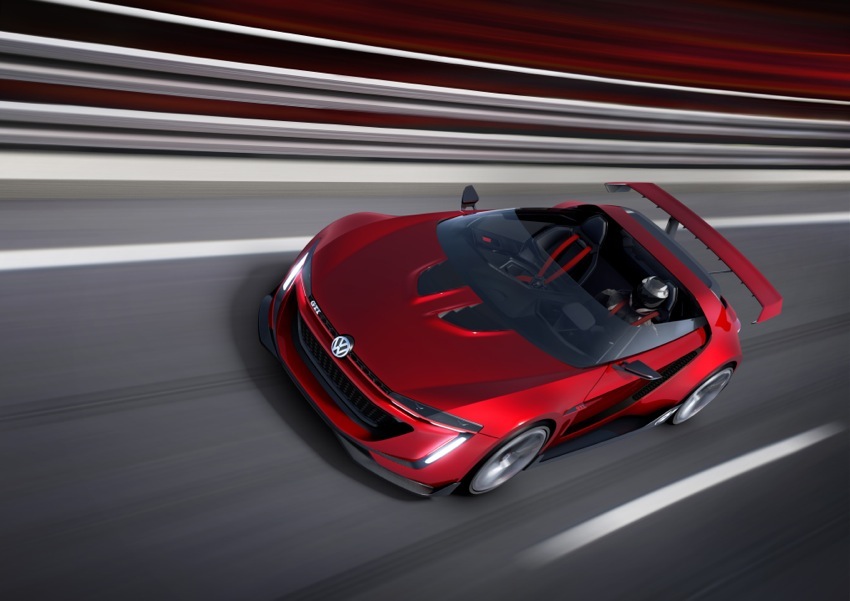 The GTI Roadster was originally created as a purely electronic car, to feature in the Sony PlayStation® 3 classic, Gran Turismo 6 (GT6).  The result of cooperation between Volkswagen and Sony Computer Entertainment, the GTI Roadster is the work of three young Volkswagen designers, winners of an in-house competition to design a vehicle to celebrate the 15th anniversary of the Gran Turismo game. 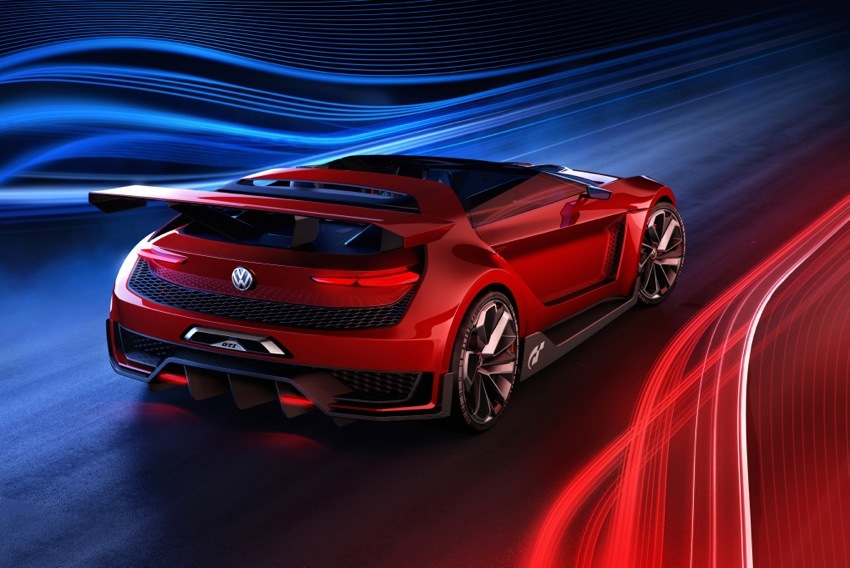 Unconstrained by the constraints of production models – for example feasibility and price – designers Malte Hammerbeck, Domen Rucigaj and Guillermo Mignot came up with a winning design that was selected by Klaus Bischoff, Head of Design for the Volkswagen Brand, and Kazunori Yamauchi of Sony Computer Entertainment, the creator of the Gran Turismo series.

The virtual car was unveiled on 26 May, and just days later, Volkswagen is presenting it made real, at the annual gathering of GTI fans on the shores of Woerthersee, which runs from 18-31 May. 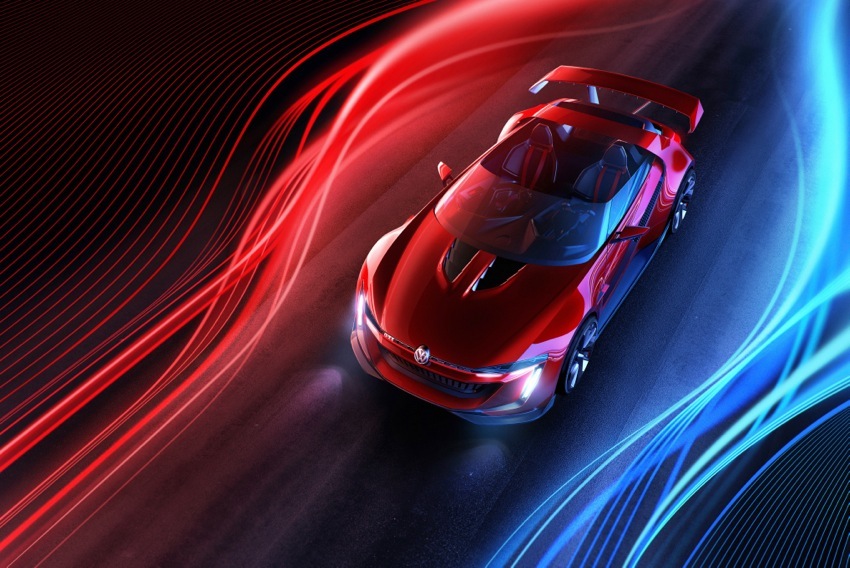 The GTI Roadster draws on last year’s Woerthersee car, the Design Vision GTI, but with an even more extreme design.  Its 2,494 mm wheelbase is 137 mm shorter than that of the production Golf GTI, and also shorter than the wheelbase of the Design Vision GTI.  The GTI Roadster’s minimal height (1,090 mm) and extreme width (1,894 mm) versus its overall length (4,158 mm) help create jaw-dropping proportions. 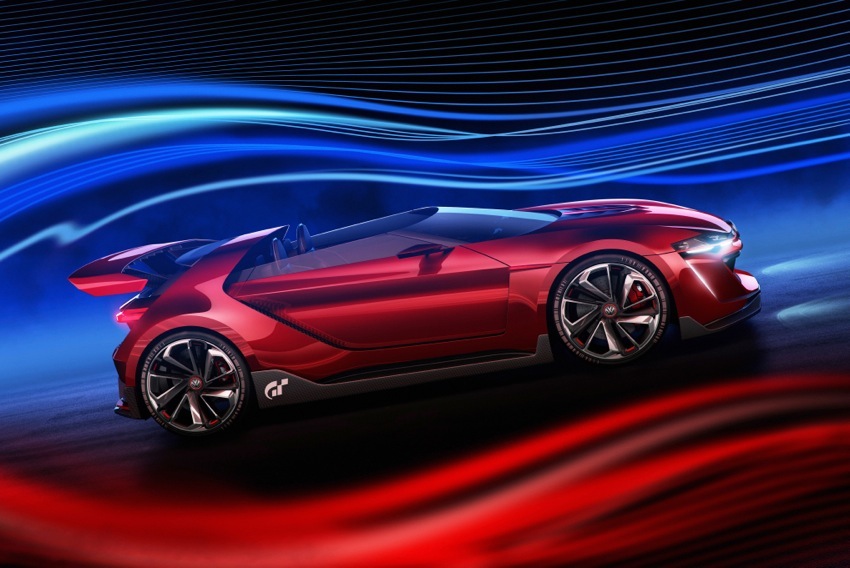 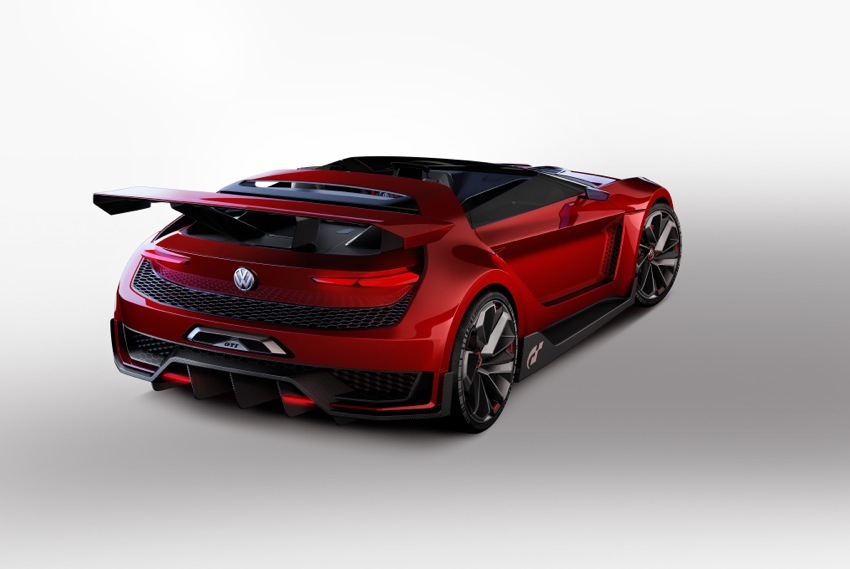 The exterior of the car is painted a new colour, called Gran Turismo Red, which is designed to make the GTI Roadster look fast, even when it is standing still.  The interior features black- and anthracite-coloured sections, contrasted by classic GTI red on the stitching and also on the five-point safety harnesses. 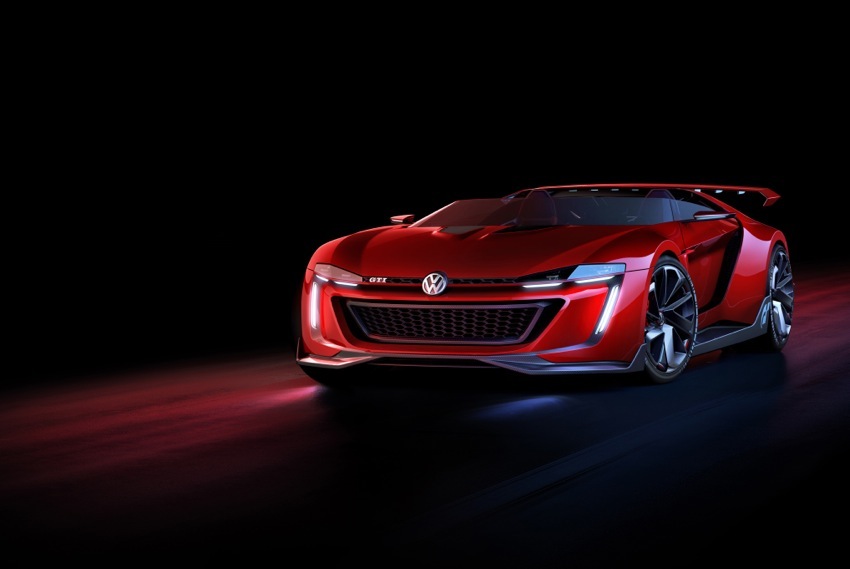 While there are no plans for production, players of GT6 will be able to download the virtual GTI Roadster from mid-June. For now enjoy the new photos of the Volkswagen GTI Roadster and all its glory. 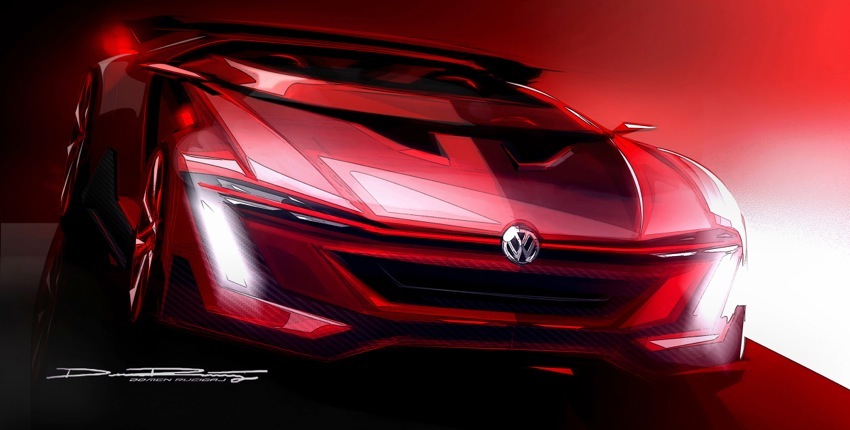 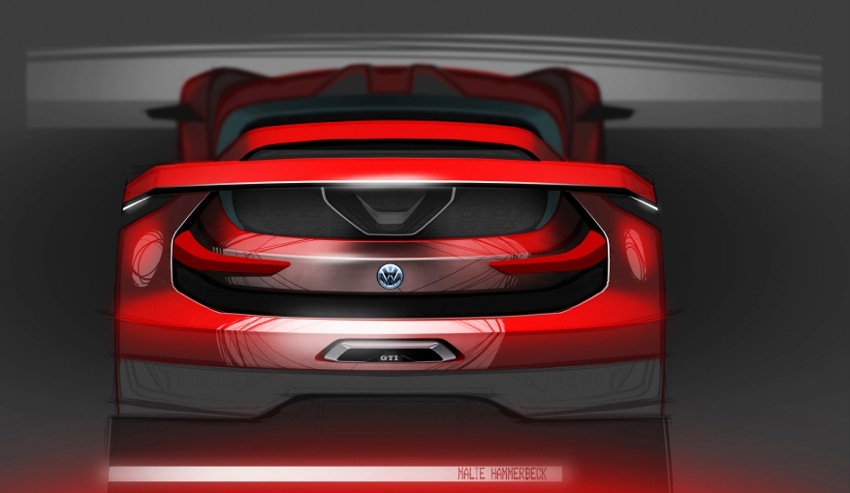 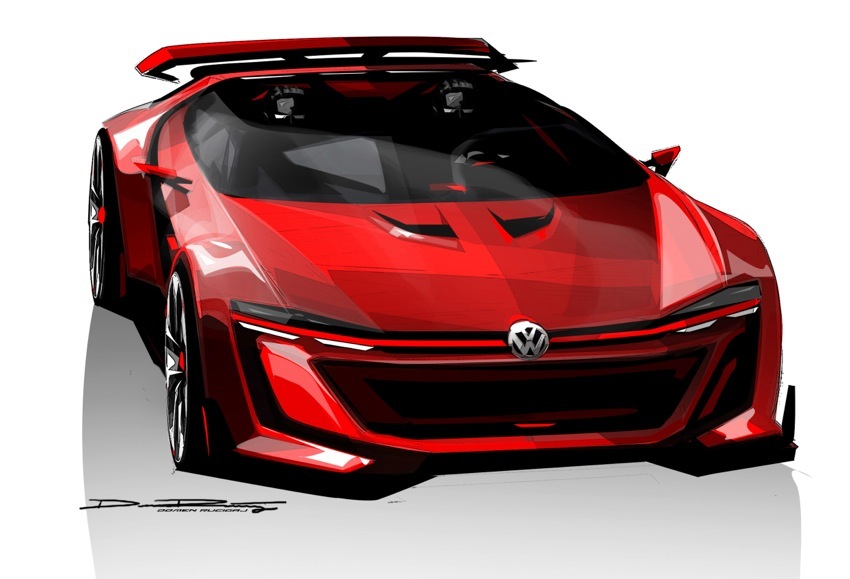 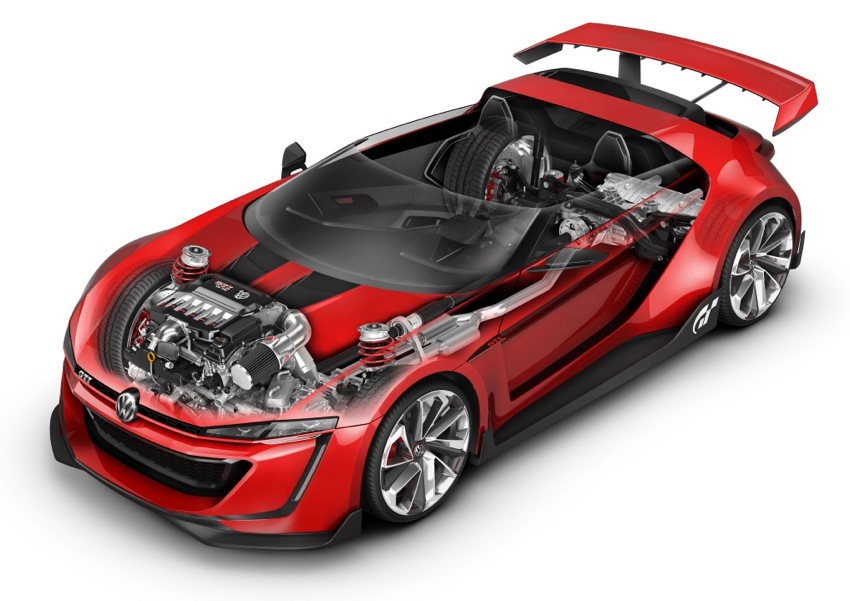 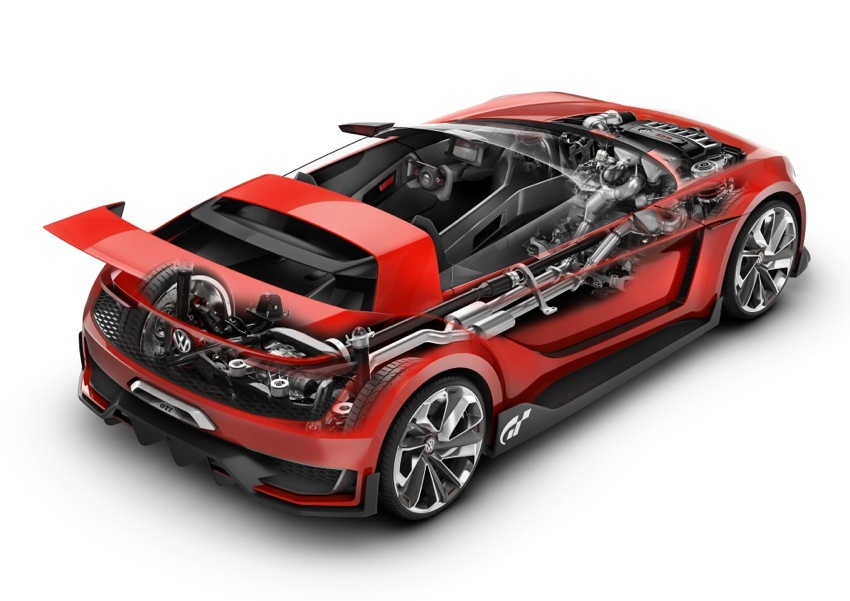 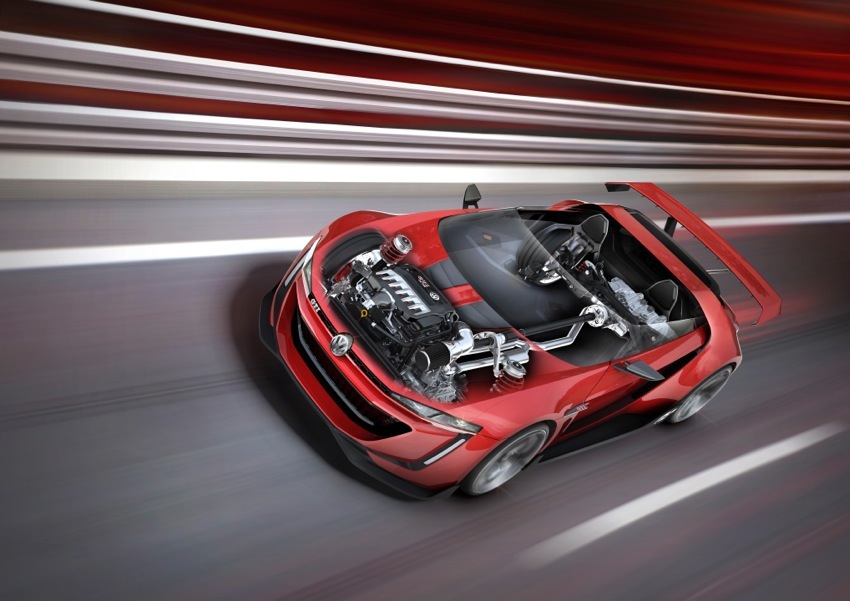 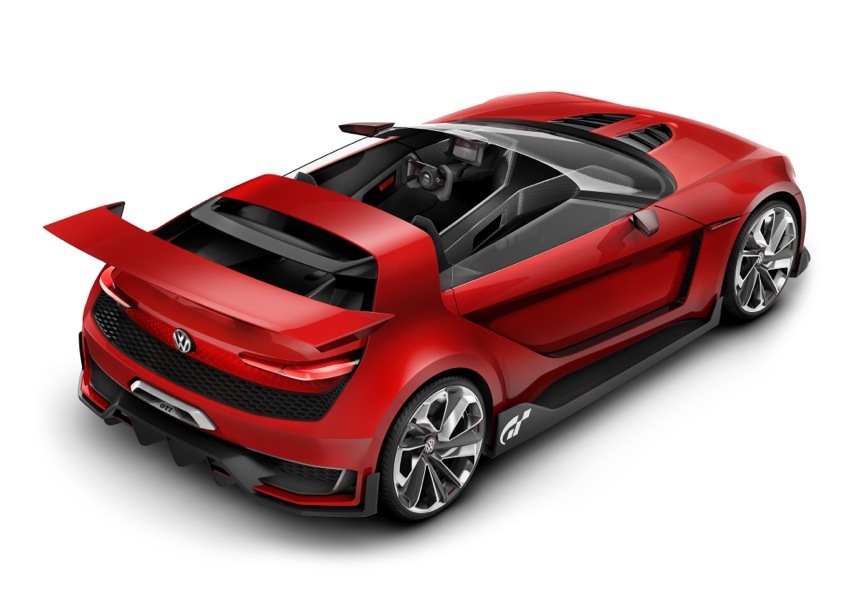 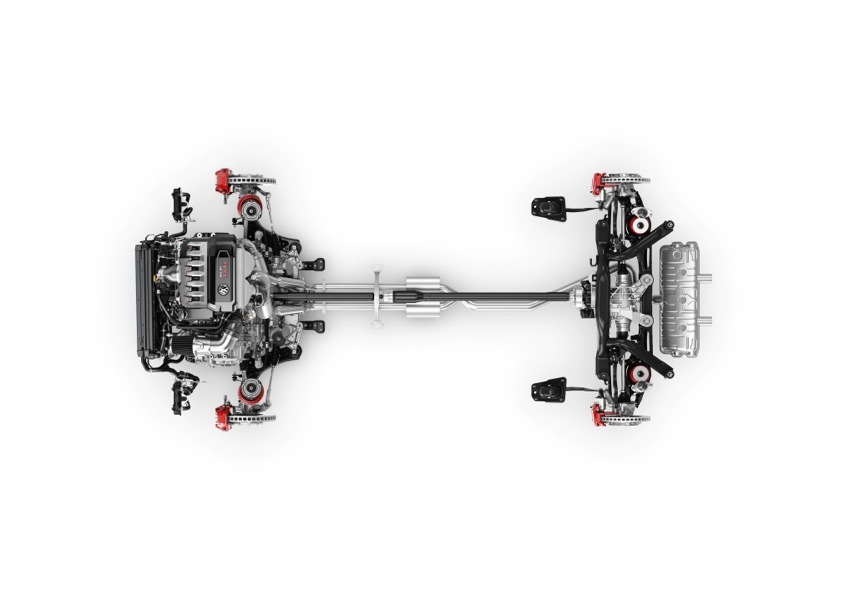