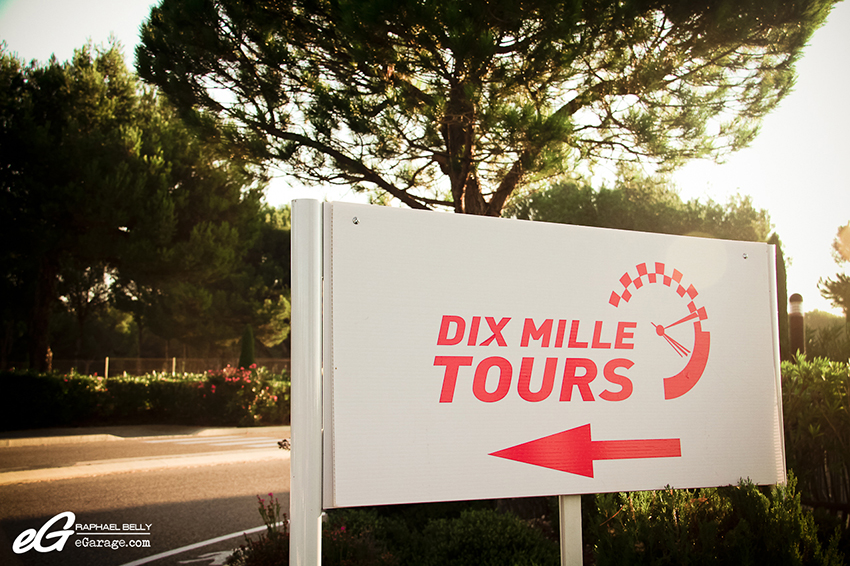 Les 10000 Tours du Castellet is an unmissable event organized every year in October by Peter Auto, and already a worldwide reference in revival car events. This year again the Paul Ricard HTTT racetrack welcomed many legendary cars and attracted a lot of car enthusiasts. 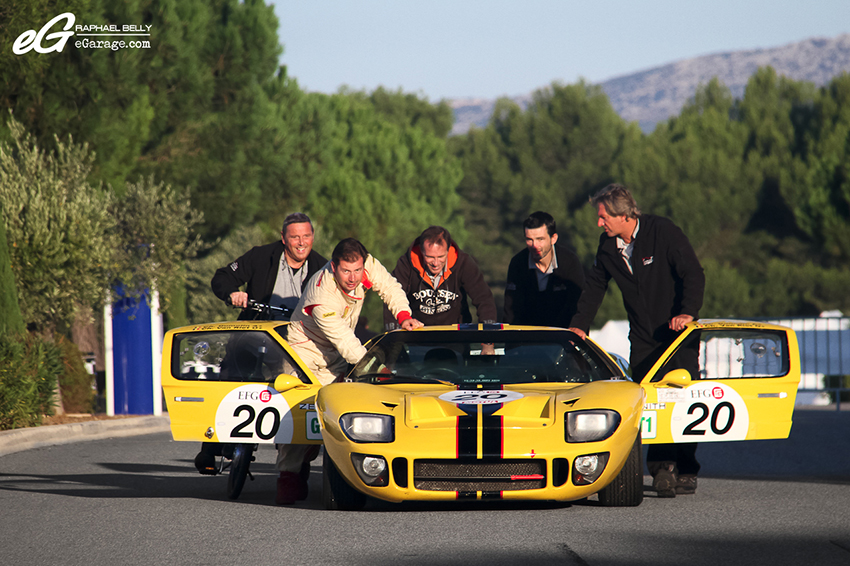 If you are one that believes life begins at 10000 RPM, this event is made for you. The variety of cars has always attracted me starting back in 2010 when I discovered this wonderful event. With 6 categories of cars there’s something appealing for every taste. And each year Peter Auto (the organizer) brings us a new category. What more could anyone want? 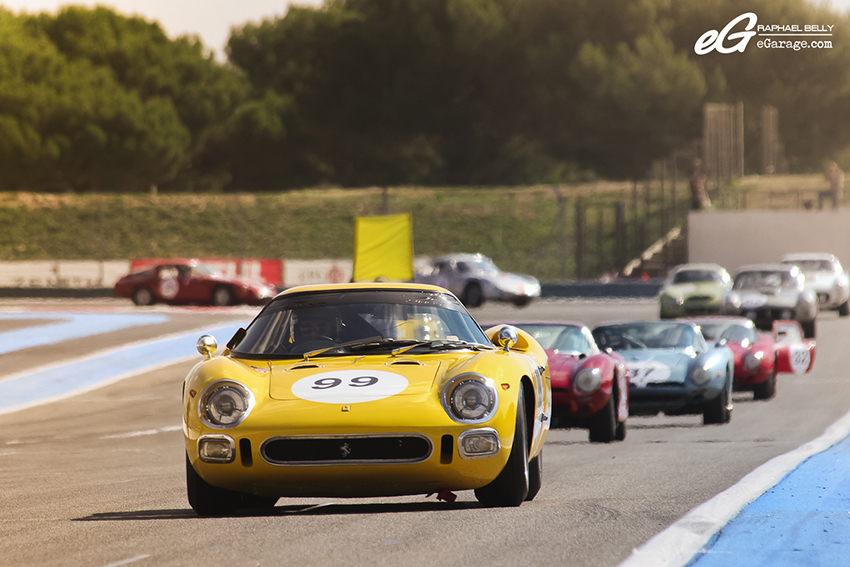 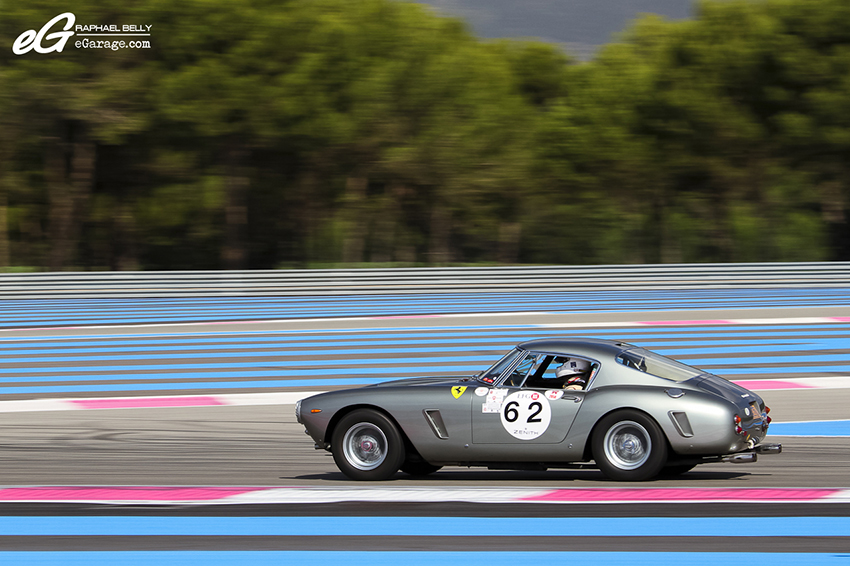 For the Ferrari and Italian sport & GT cars lovers you’ll have to focus on the Trofeo Nastro Rosso: The Trofeo, born in 2010 as Trofeo Nastro Rosso, is dedicated to Italian Sports and GTs from the late fifties until 1965. Favouring the quality of its cars and fair play on the track, the Trofeo offers a unique occasion to see the golden age icons of the great transalpine cars, and clearly intends to be the meetings’ highlight. 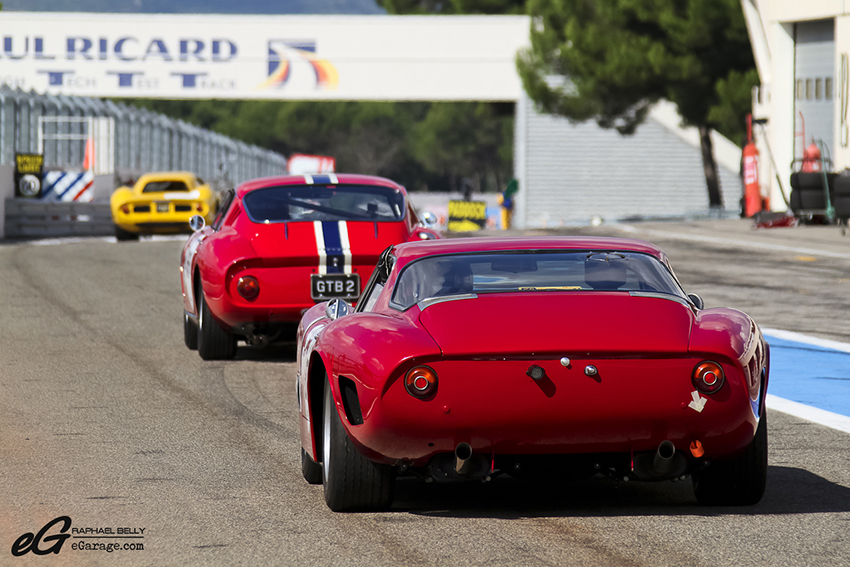 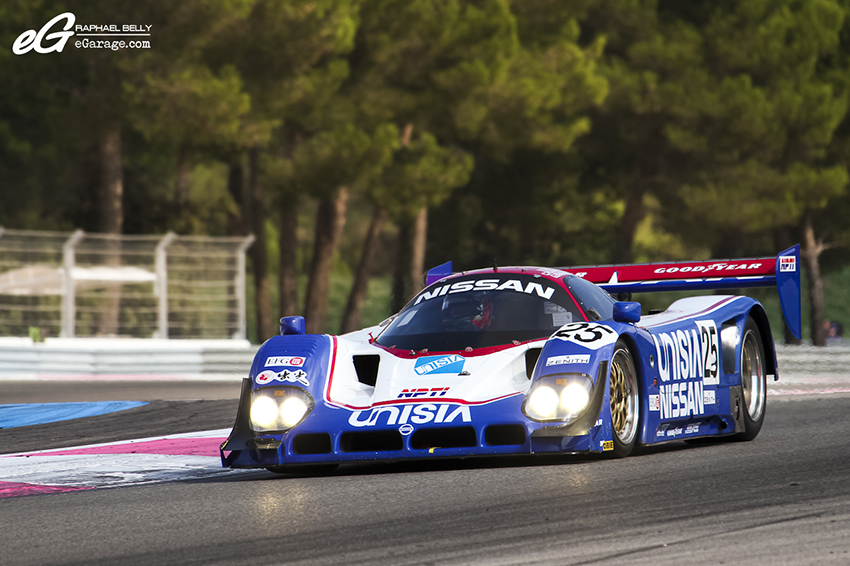 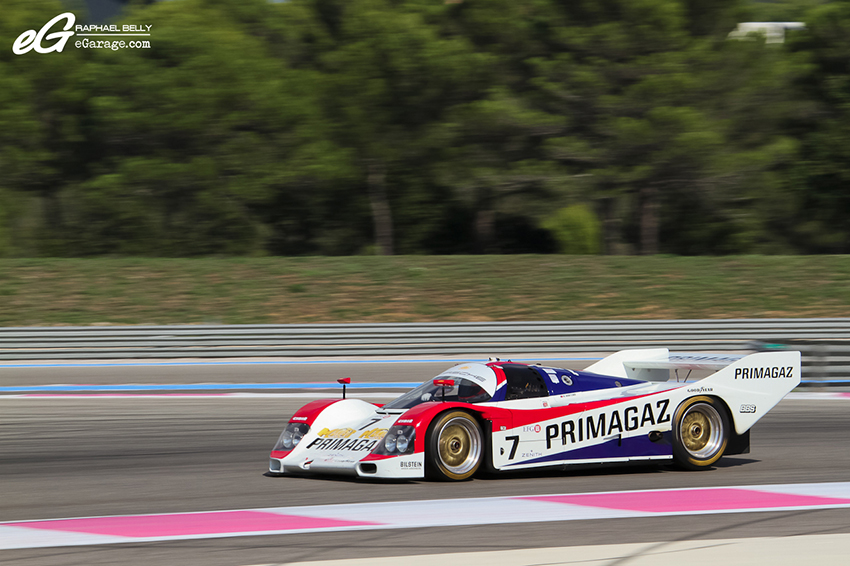 For those who prefer the endurance & sport­prototype cars, the Group C category is the answer to your wish: Jaguar, Porsche, Argo, Cheetah, March, Spice, Tiga, Aston-Martin, Mazda, Ford, Nissan, Sauber­Mercedes, Lancia, Ada et Vescanda are the brands gathered by Bob Berridge, Head of the Group C/GTP Racing Department, to form an exceptional well stocked grid which delights the spectators. 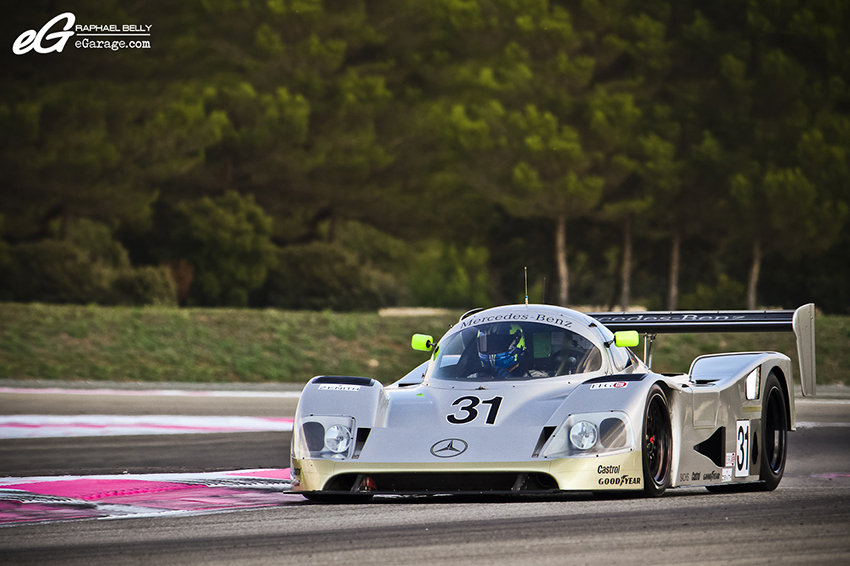 With a one hour race, the Group C respects the endurance racing element and allows two drivers to share the wheel. At the same time, the race format also allows a single driver to race . Stars of this class are without doubt the Mercedes Sauber C11 and the Nissan R90CK. 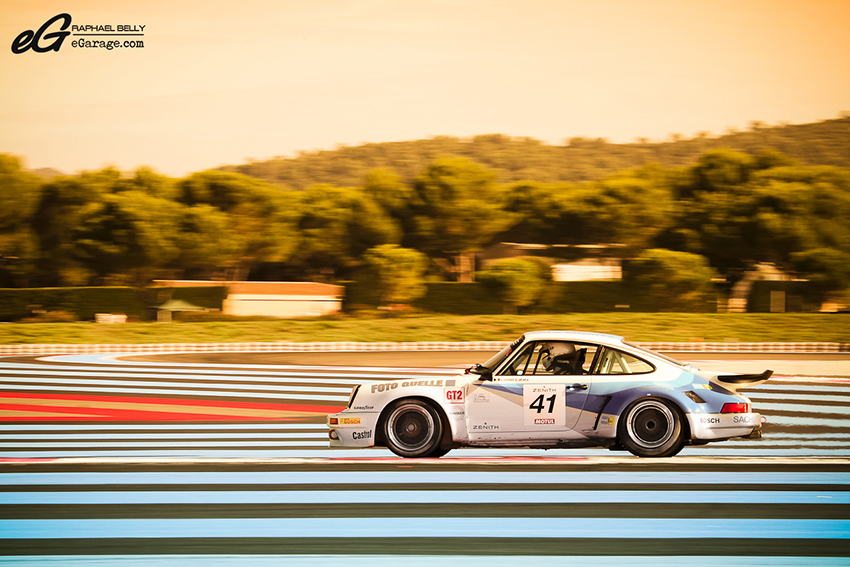 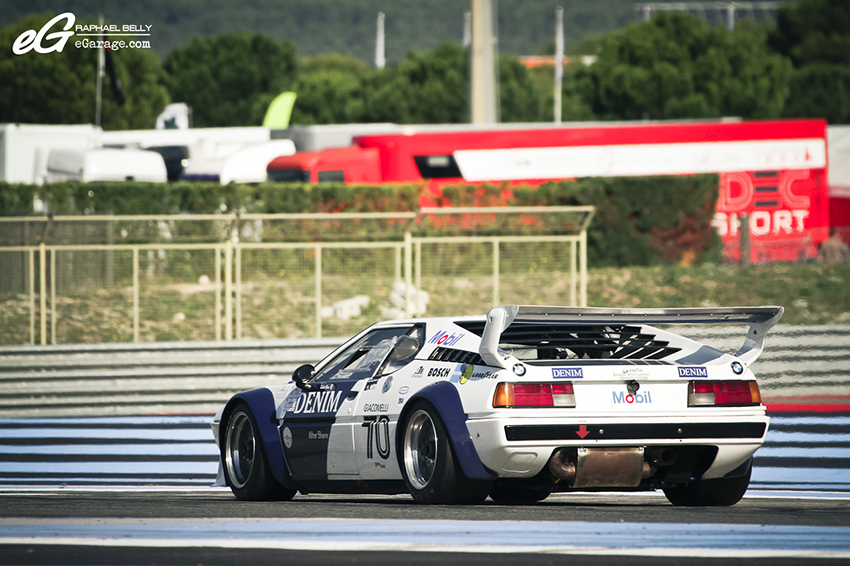 With another category comes another spirit, the Classic Endurance Racing category created in 2004 by Peter Auto. The goal is to sustain the return of endurance with classic cars: C.E.R echoes a period (from 1966 to 1979) when endurance racing was reigning over motorsport. A glorious period of the Ford GT40, Porsche 910, Ferrari 512 BB LM, etc. and their drivers : Jacky Ickx, Henri Pescarolo, Gérard Larrousse. 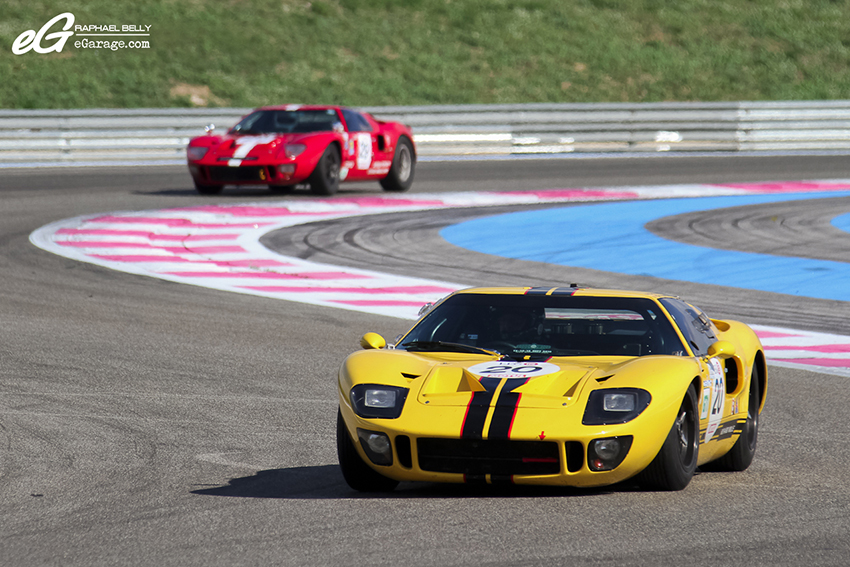 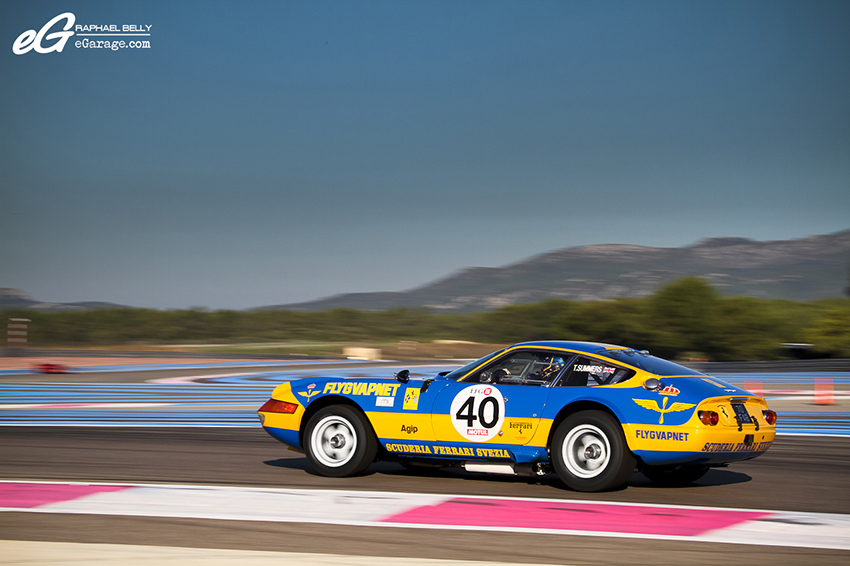 Their playground was not limited to the extraordinary 24 Hours of LeMans, but spread over the greatest European circuits in the scope of the World Sports Car Championship. Classic Endurance Racing, which revives the passion of Endurance racing, is much more than a historical reminder. With full starting grids, some 50 cars among which Porsche 935, BMW M1, Lola T70, Ferrari 512 BBLM and drivers wishing to honor the fabulous history of their machines, the show is guaranteed. 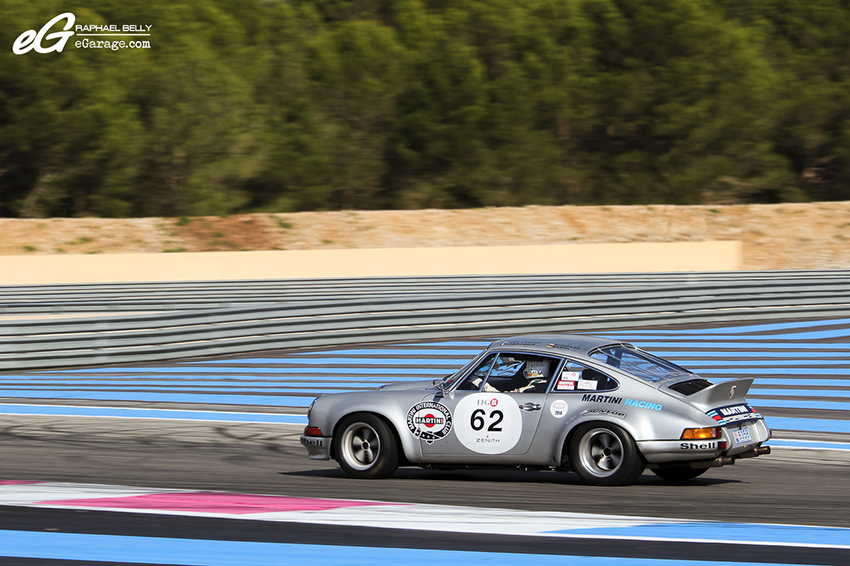 The next class is Sixties Endurance, for pre-63 Sports and pre-66 GT. It offers a wonderful occasion to admire all icons of the world championship at the time.  The challengers are AC Cobras, Jaguar E-Type, Porsche 911, etc. 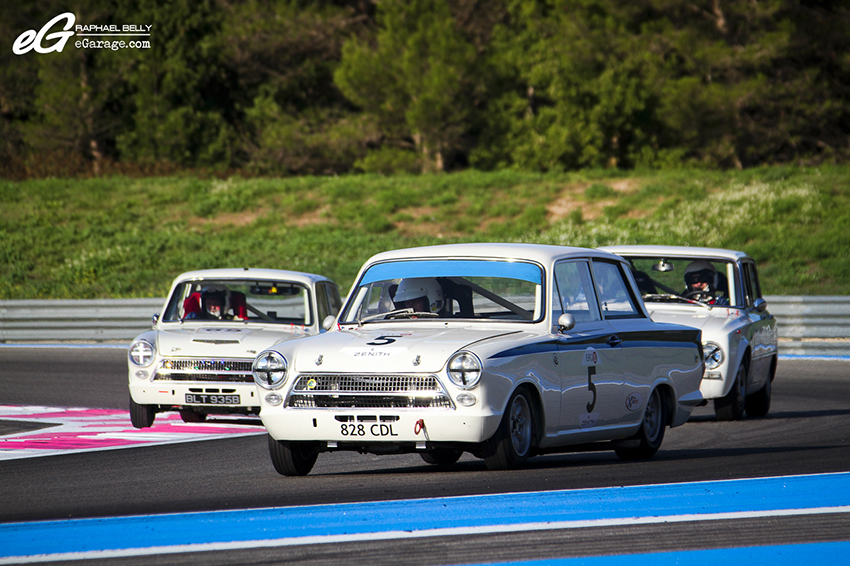 Every year, Peter Auto brings a new category and I’m always waiting to read what’s new each year. 2014 was a great surprise with the launch of Heritage Touring Cup and Touring Cars ­ U2TC (Under 2000cc Tourism Cars). 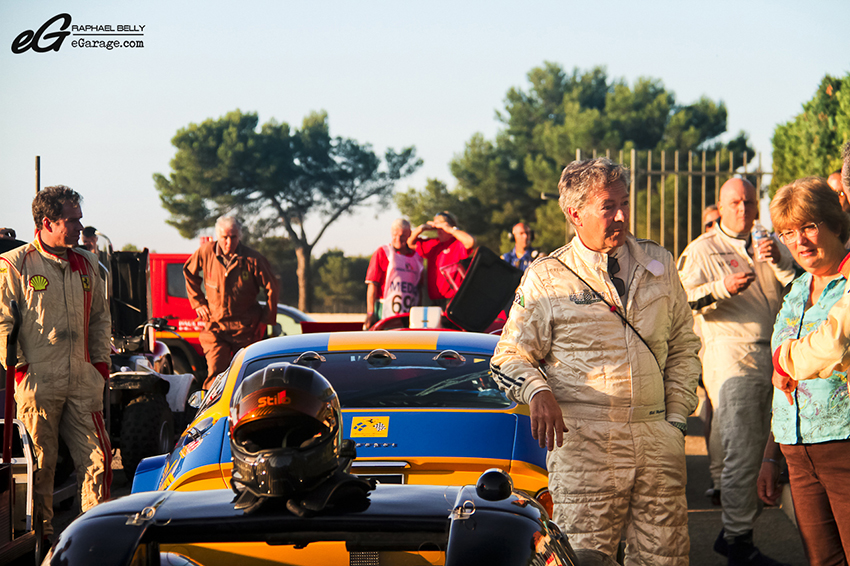 The brand new Heritage Touring Cup was born from the success met by the Spa Endurance Tourisme grid. The Heritage Touring Cup echoes the glorious times (1966-1984) of the European Touring Car Championship (ETCC). The manufacturers battled for glory: BMW and their 3.0 CSL or 635csi, Ford with the Escort and Capri as well as Jaguar with the XJ12C Broadspeed followed by the TWR XJ-S to name a few. This is certainly an era and a style promising some great track action. 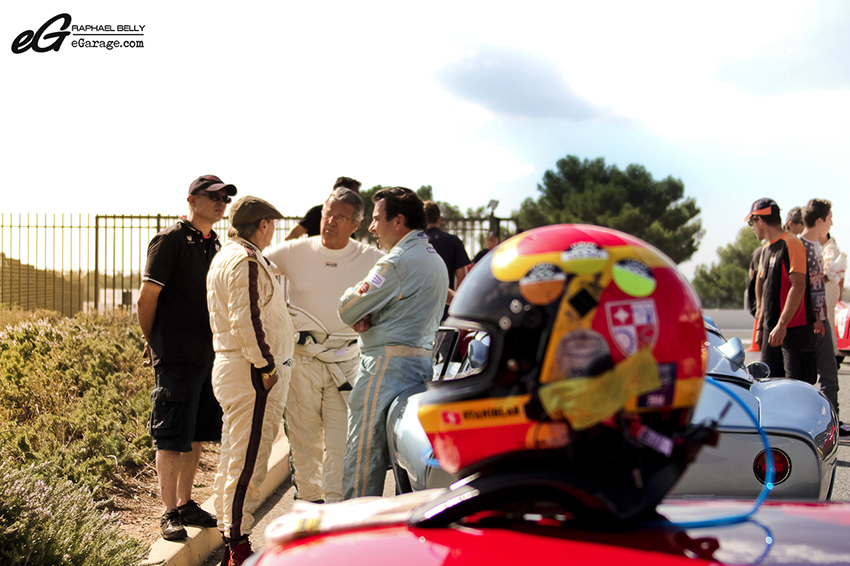 U2TC is a series for pre-1966 under-two-litre Touring Cars that encourages authentic period cars and high driving standards. It celebrates the very beginnings of the European Touring Car Championship which would become today’s WTCC as a World Championship when the smaller cars were the regular winners. It is a great crowd pleaser, as the evenly-matched cars are driven in joyful and exuberant sideways style recalling the great Alfa, BMW and Ford duels of the early ‘60s, with always the threat of the nimble Minis. Over the last eight years, U2TC has developed into one of the most highly competitive series in historic racing. 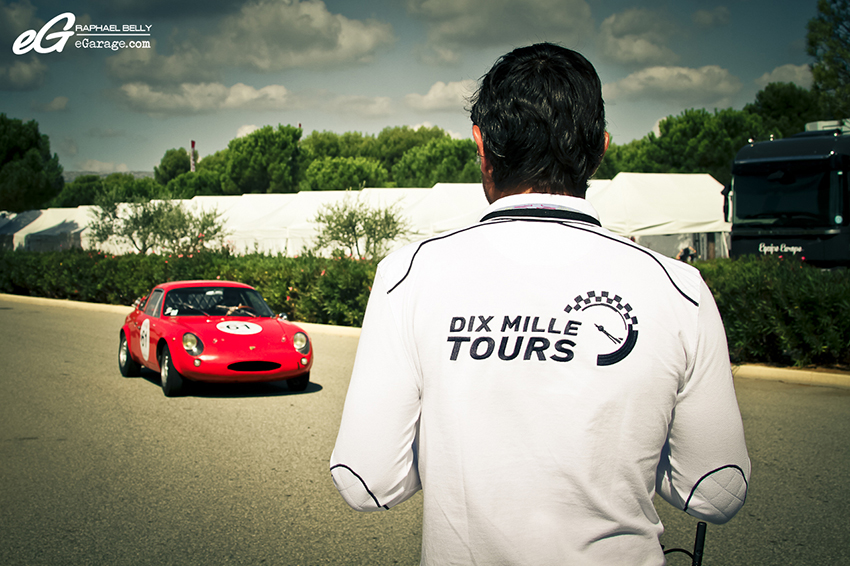 This event brings a great mix a people, from those who want to see the cars of their youth or those who come to a racetrack for the first time. Most of them find each other in the paddocks but some stay into the general enclosure, which was free, and the biggest joy of the spectators. 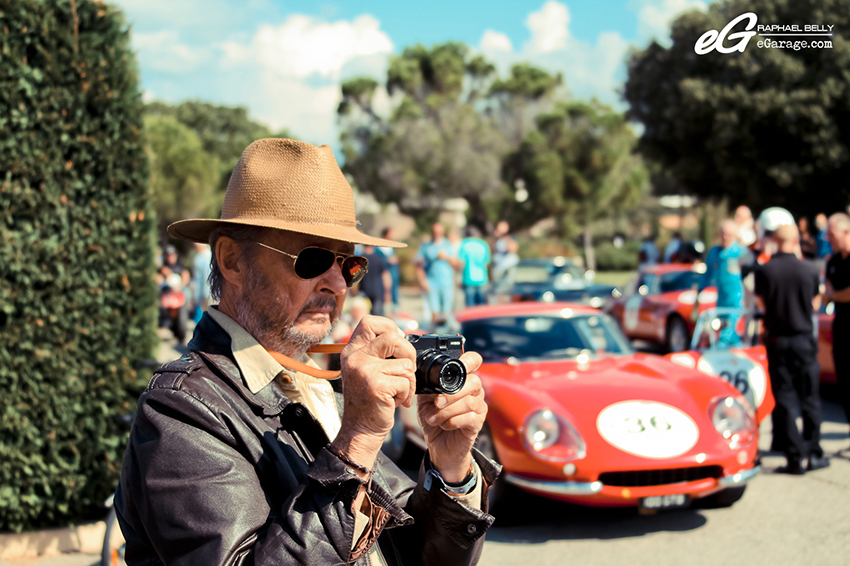 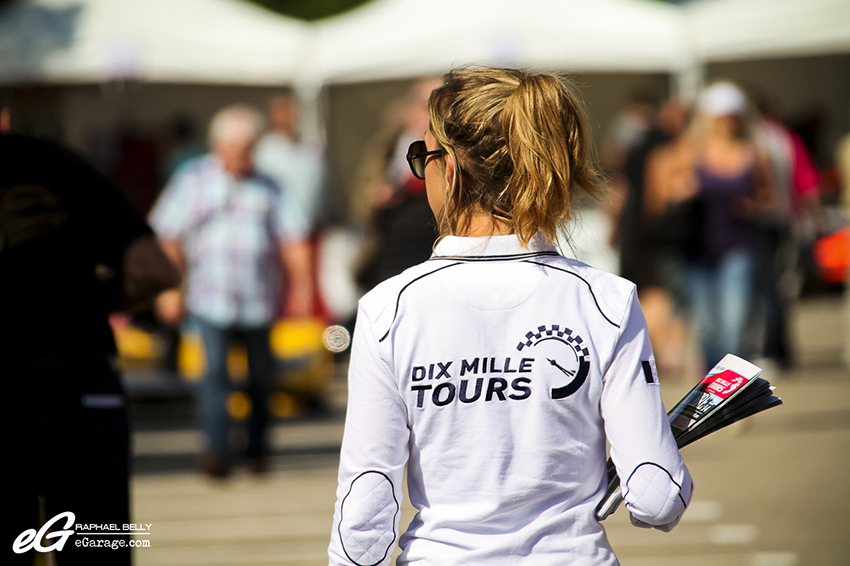 The atmosphere in the paddocks is something you need to feel. Of course it can be less interesting for some than the actual racetrack but it’s a very important place swarming with people. The 10000 Tours staff distributes programs, some people just walk and look and photograph at the cars, and the staff prep and clean the cars. 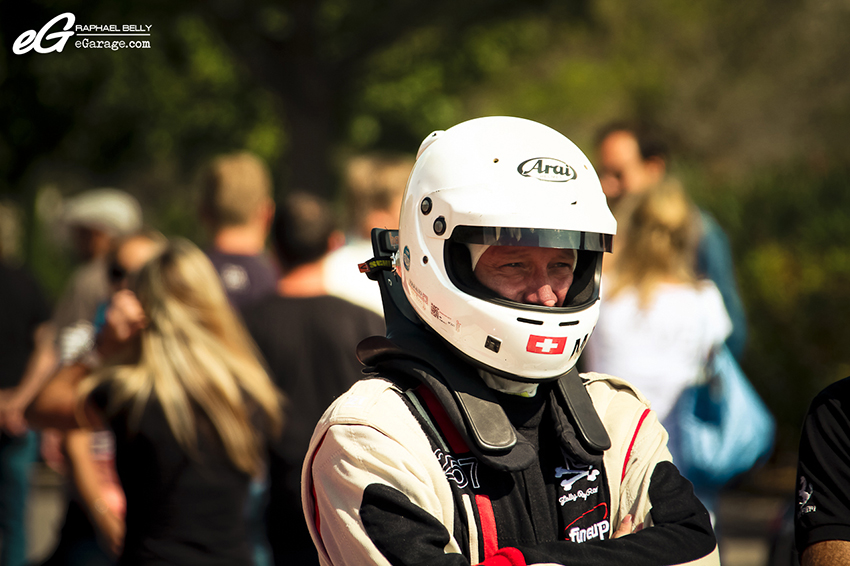 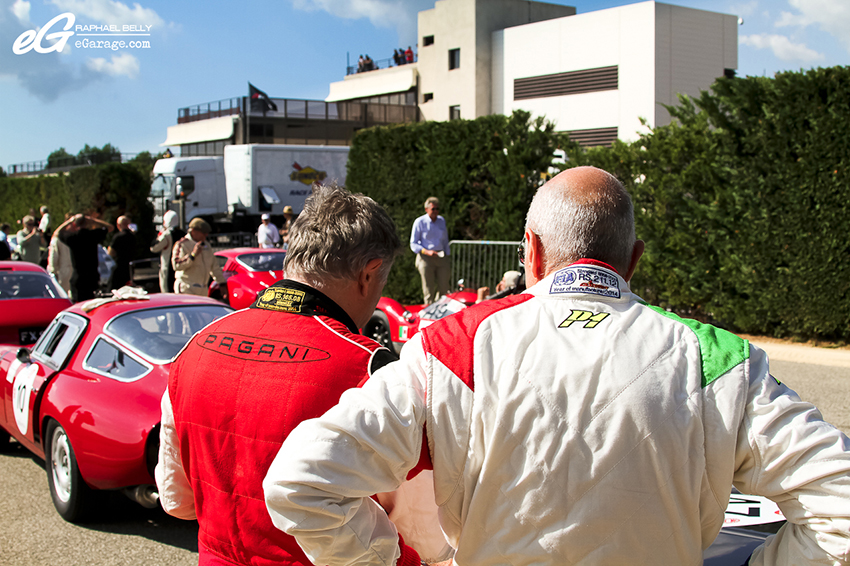 It’s the place where the teams take care of the cars, repairing it, cleaning it, etc. You will find drivers who are concentrating on their next race either in the pits or in their motorhomes, the tension is tangible.

Whether it be to enjoy the great and varied cars from this event or just to enjoy a good weekend under the warm sun of South of France, you need to come one day to enjoy the Dix Mille Tours. 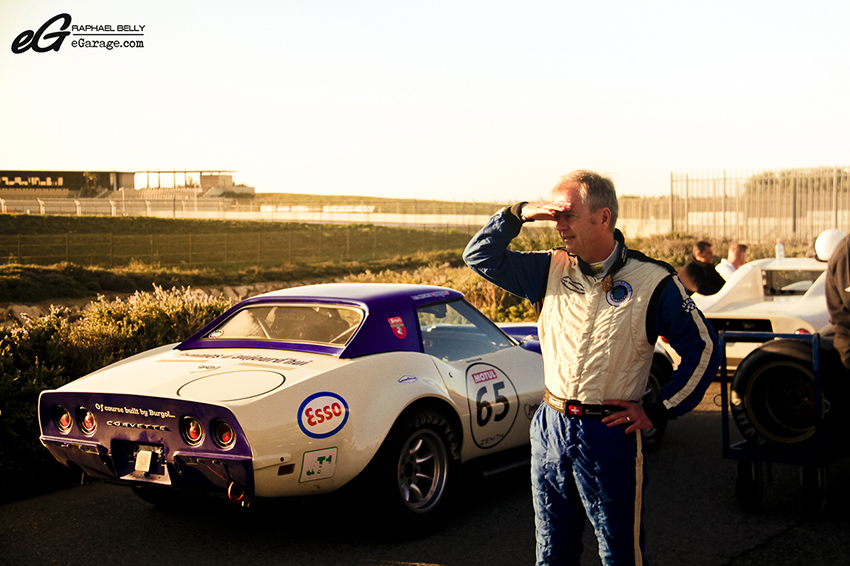 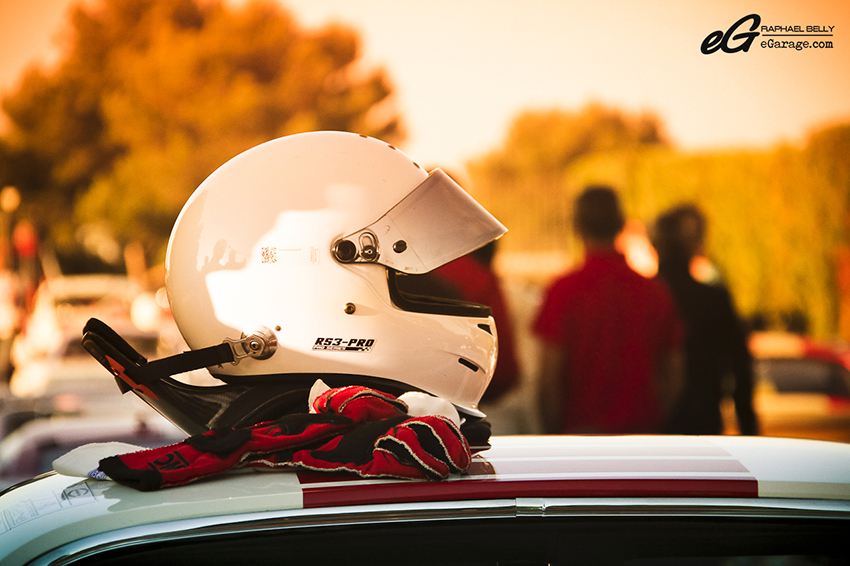