HILTON HEAD ISLAND, SC (November 4, 2012) – More than 500 automobiles made their way to the Hilton Head Island, SC/Savannah, GA Lowcountry this weekend to participate in the 11th annual Festival.  The premier winners, the coveted ‘Best of Show’ and ‘People’s Choice’ awards along with the ‘Most Outstanding Car – Pre-1948’ and ‘Most Outstanding Car – Post-1948’ were chosen for the prestigious Hilton Head Island Motoring Festival & Concours d’Elegance, held at the historic Coastal Discovery Museum at Honey Horn. 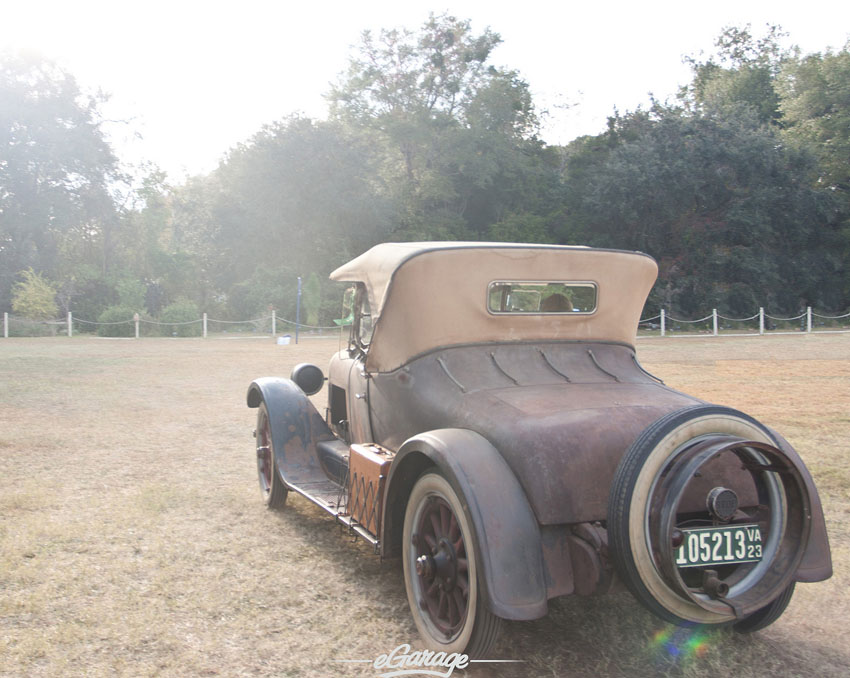 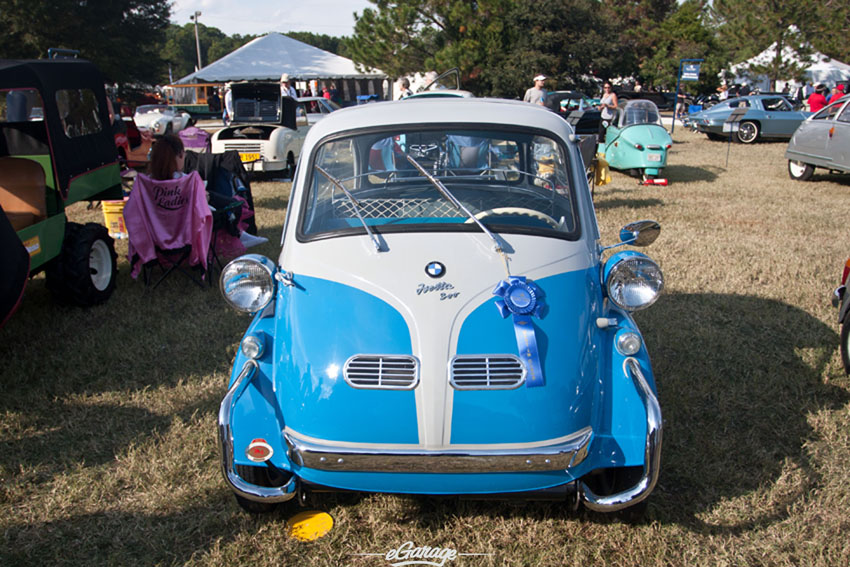 Sunday’s Concours d’Elegance top honor, “Best of Show,” was awarded to a 1938 Jaguar ss Coupe owned by Frank and Milli Ricciardelli of Monmouth Beach, NJ.  The Ricciardellis were featured at this year’s event as the inaugural Honored Collector – a designation awarded for their dedication to the automobile collector hobby and to the Hilton Head Island Concours d’Elegance.  The Ricciardellis have previously won both the Best of Show title in 2009 (1933 Rolls-Royce Coupe) and People’s Choice in 2004 (1935 Duesenberg).  Their latest winner, the ’38 Jaguar, is a special-bodied, one-off coupe by Swiss coachbuilder Hermann Graber. 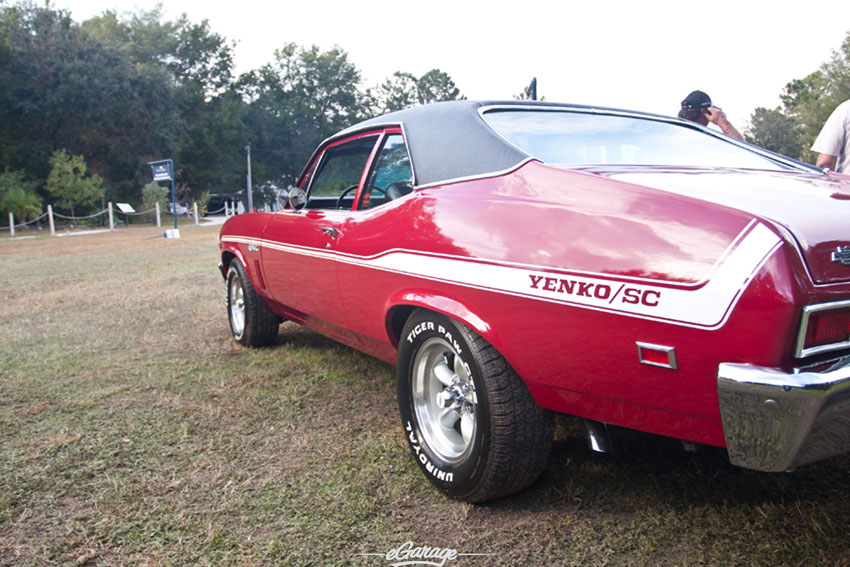 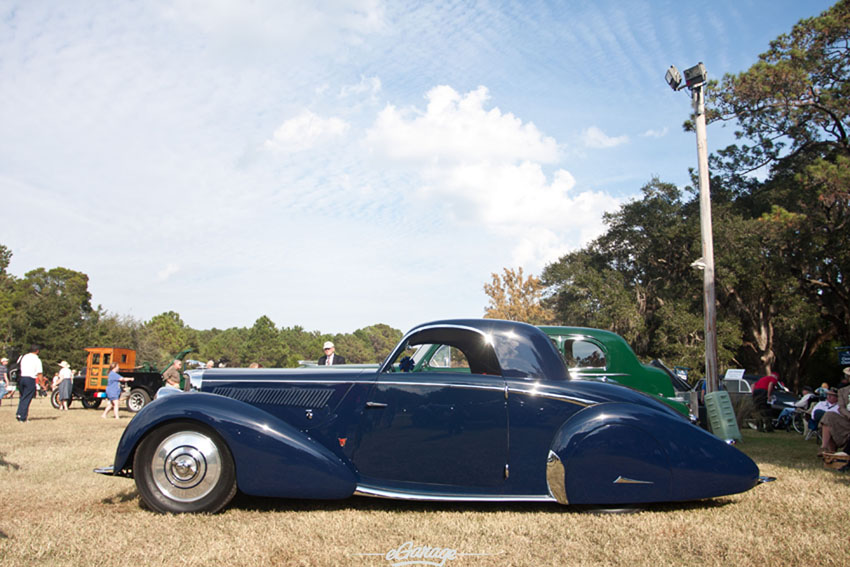 Other significant awards on Sunday included “People’s Choice” awarded to a 1931 Alfa Romeo Gran Sport Spider Corsa owned by Corrado Lopresto of Milan, Italy.  Before Mr. Lopresto purchased the car in 2011, records indicate, that after a series of accidents and 8 owners, the car was purchased by Giuseppe Aprile in August 1938 for 4,000 lire.  It was suspected that Aprile showed Mario Revelli (the designer) the damaged chassis and designed the body that is fitted to it today.  Upon purchasing the car in 2011, the car underwent a complete restoration including help from the Milano Institute of Engineering and Technology to duplicate the correct colors. Mr. Lopresto also previously received the Best of Show title in 2010 with his 1942 Alfa Romeo 6C2500 SS. 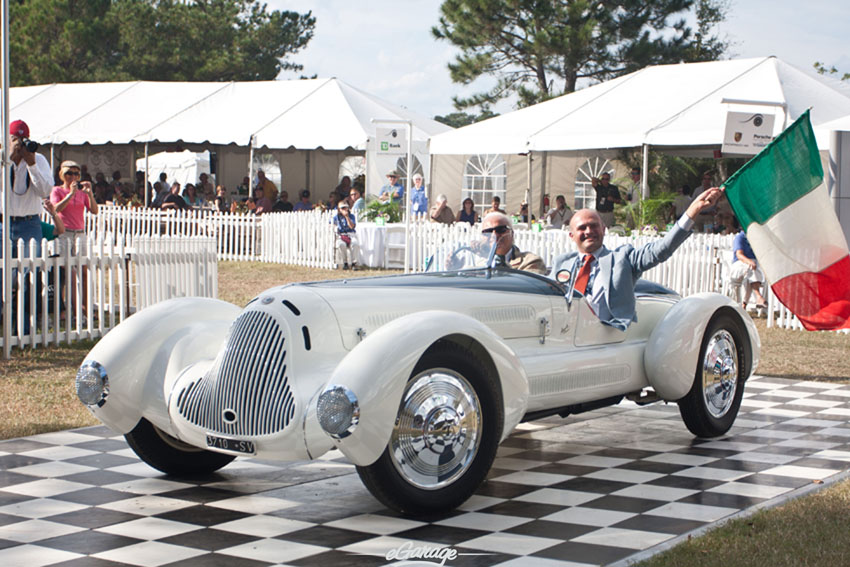 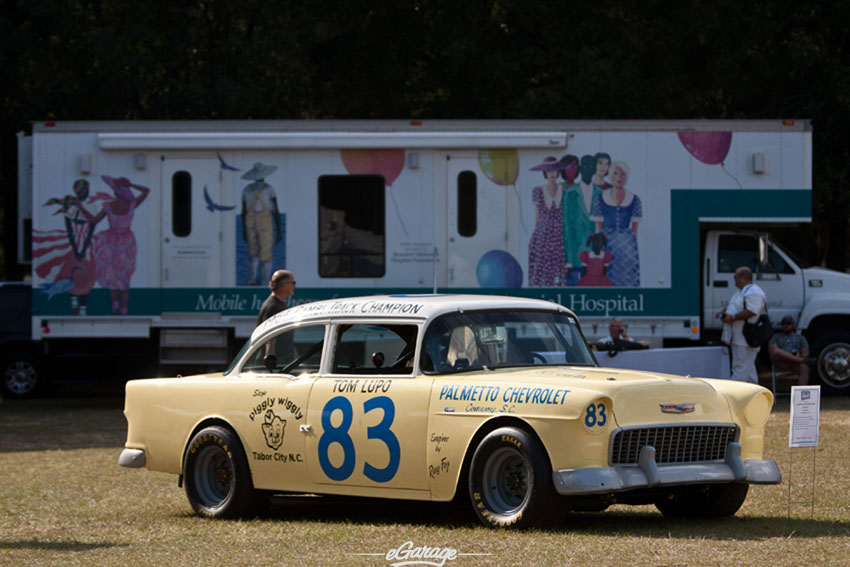 Most Outstanding Car – Pre 1948 went to Bill Alley’s 1905 Packard Model W5 Passenger Touring and Most Outstanding Car – Post 1948 went to a 1957 Chrysler 300C Convertible owned by John & Lynn Cote.  Paul Doerring, the Festival’s Chairman Emeritus, said, “We had, in totality, a larger, higher quality show field this year.  Receiving more applications than ever before, we had to turn down a number of wonderful candidates.  Needless to say, we have a good start to filling the 2013 Concours d’Elegance and this year’s top honors are some of the best examples of what a Concours-caliber car truly is.  We are extremely proud to add them to Hilton Head Island’s history book.”  Adding to the sentiment, Carolyn Vanagel, the Festival’s President, said, “I can’t wait to see the cars on exhibit next year!” 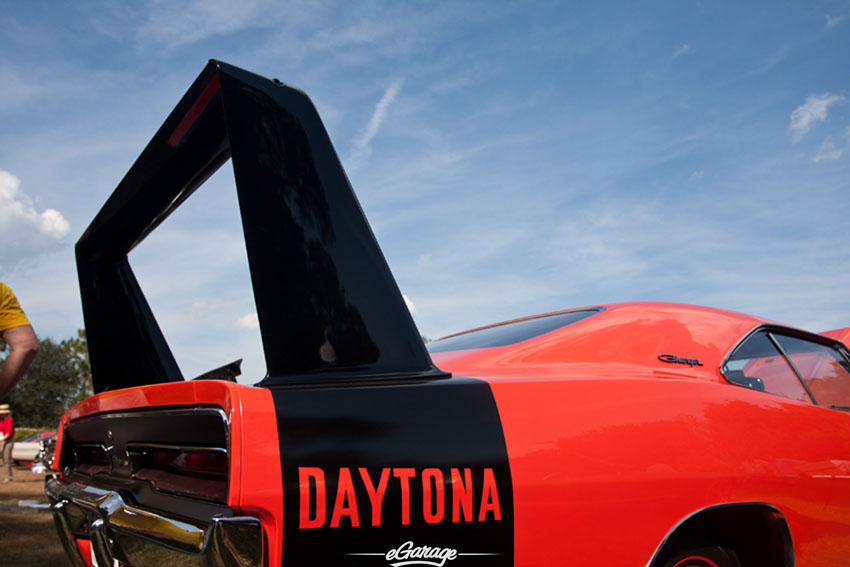 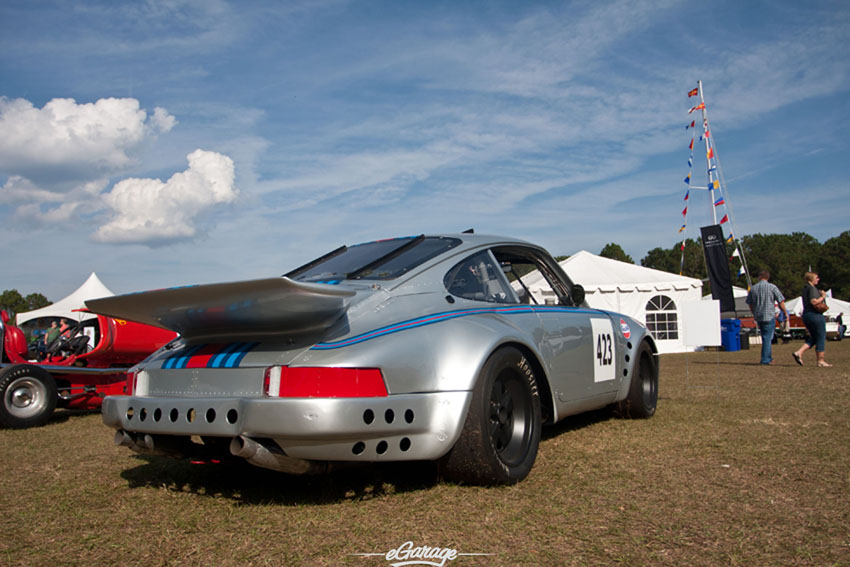 Another notable award, the The Lee Iacocca Award given for “dedication to excellence in perpetuating an American automotive tradition,” was awarded to Carolyn Sikes, a valued exhibitor since the beginning of this Concours over 10 years ago. 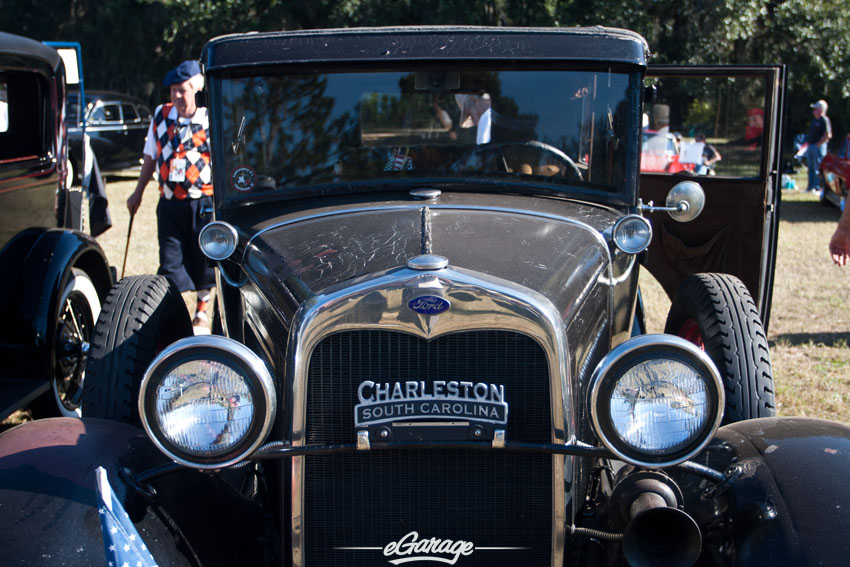 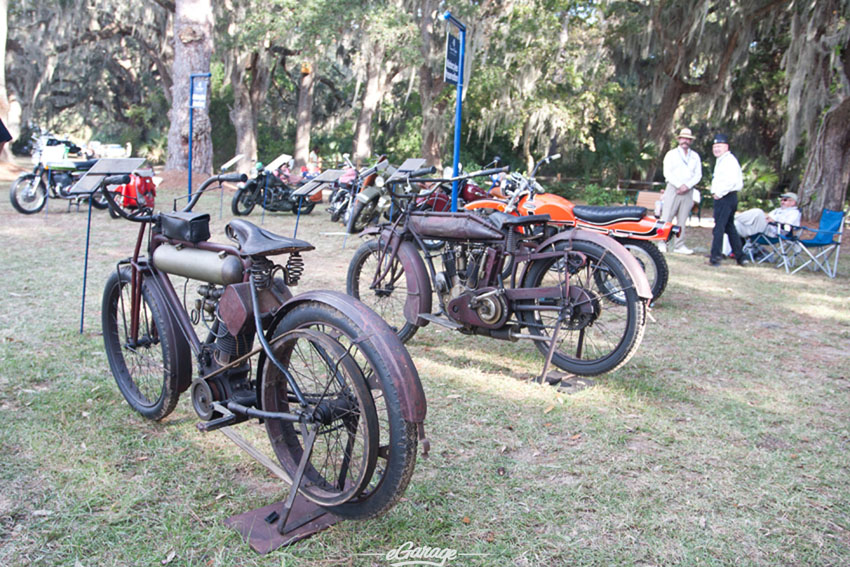 Saturday’s top honors for the Car Club Jamboree were the “People’s Choice Award” given to a 1961 Austin Healey owned by Tim Lassiter of the Low Country Sportscar Club, the Honorary Chairman’s Award presented by Bob Lutz to William Wood of the Carolina Dreamers club for a 1950 Willys Overland 4-73 Station Wagon and the Best of Show title given to a 1933 Studebaker Commander owned by Stathy Stathopoulos from the Port City Cruizers club. 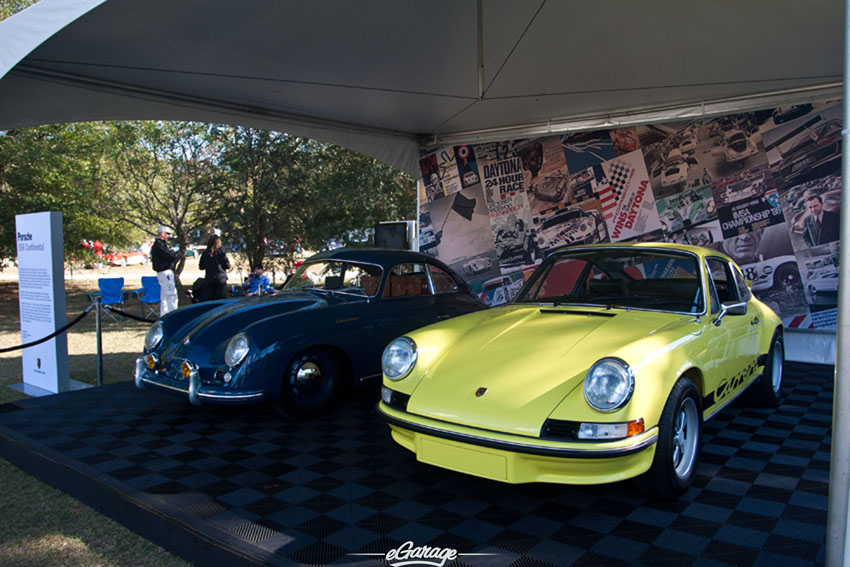 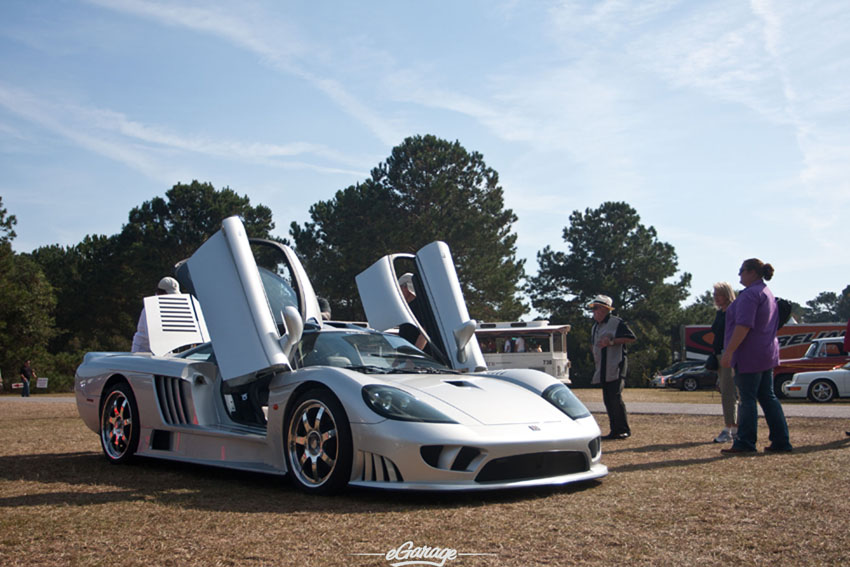 Carolyn Vanagel, President for the Motoring Festival today remarked, “The event was better than it’s ever been – higher quality, more variety, and larger exhibits.  The crowds were engaged with our wide variety of offerings – presentations, guided walking tours, parade of cars – and I think we have had a record year.  There was an incredible energy on the show field.”  Vanagel stated that the combination of the four signature events, the Savannah Speed Classic, the Motoring Midway, the Car Club Jamboree and, of course, the pinnacle, the Concours d’Elegance, as well as the variety of sponsors and the continuation of Motoring Festival Week this year, all contributed the excitement. 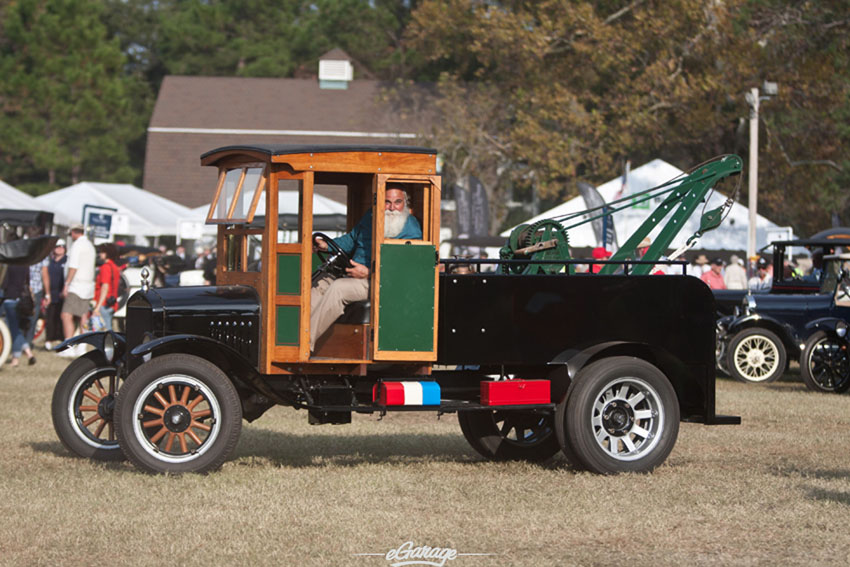 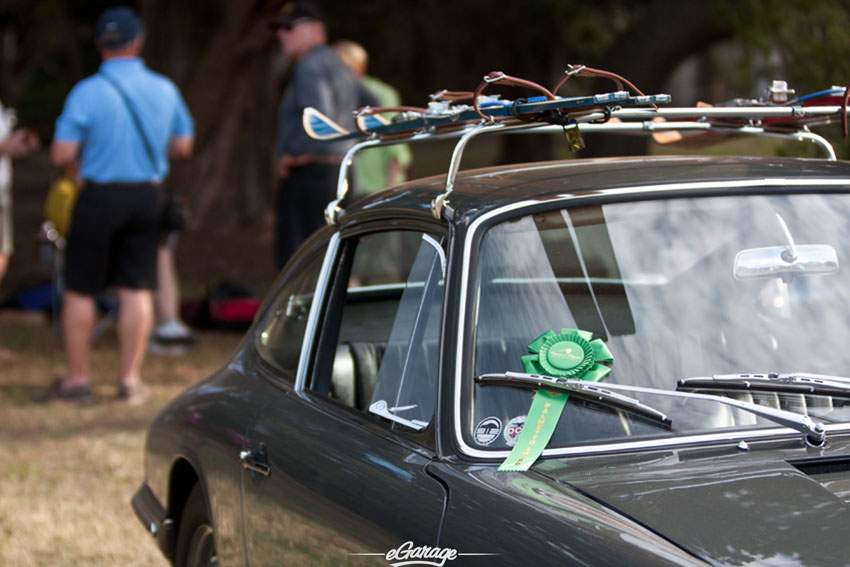 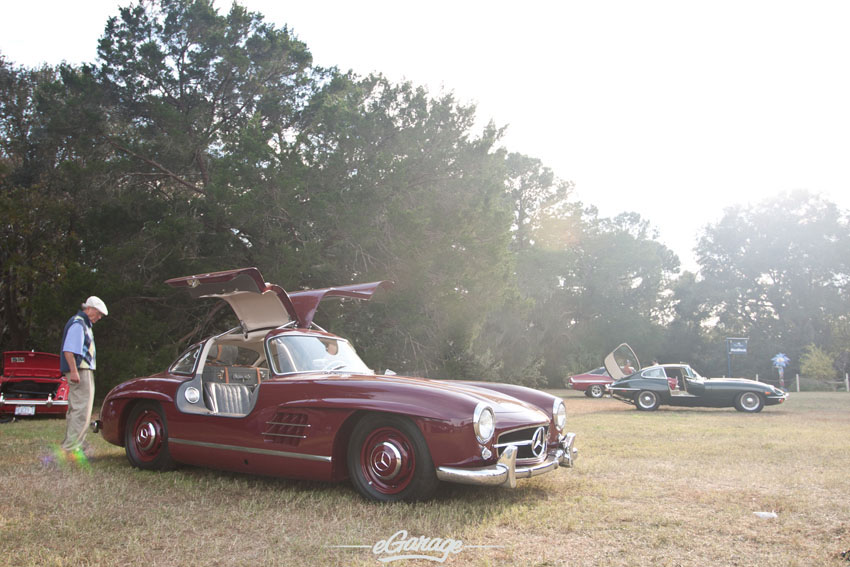