The new addition to the Vanquish blood line may have a familiar face, with its iconic grill and its recognizable headlights but this car has been improved in many ways. And we’re just focusing on the exterior/interior for this story, none of that technical stuff or performance graphs here. From the rear spoiler to the front diffuser, this car is sure to turn some heads, whether those heads belong to your average person on the sidewalk or the diehard Aston Martin fans. 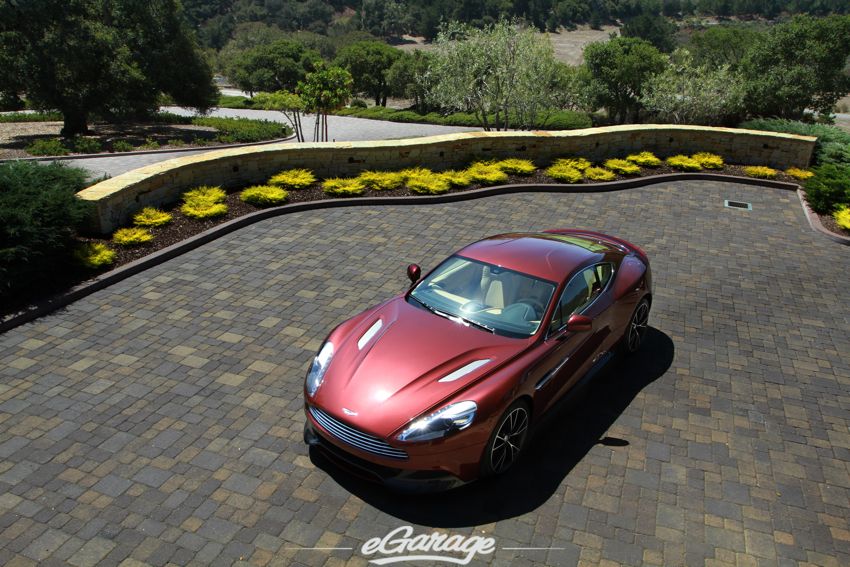 When we were invited to photograph the all new 2013 Vanquish, I had not yet seen anything as much as a rendering.  After seeing it in person, I can say that this car’s body seems to share a good amount of DNA with Aston Martin’s million dollar supercar, the One-77. One of the first things I noticed was how the lines from the door bled into the rear end with subtle hints of a One-77. Then I noticed it shared the same mirrors and rear fenders lines. Even the brake lights of the car had a remarkable resemblance, but don’t think this car was built from leftover parts! This car is itching to prove itself amongst all the new cars coming out within these next twelve months. 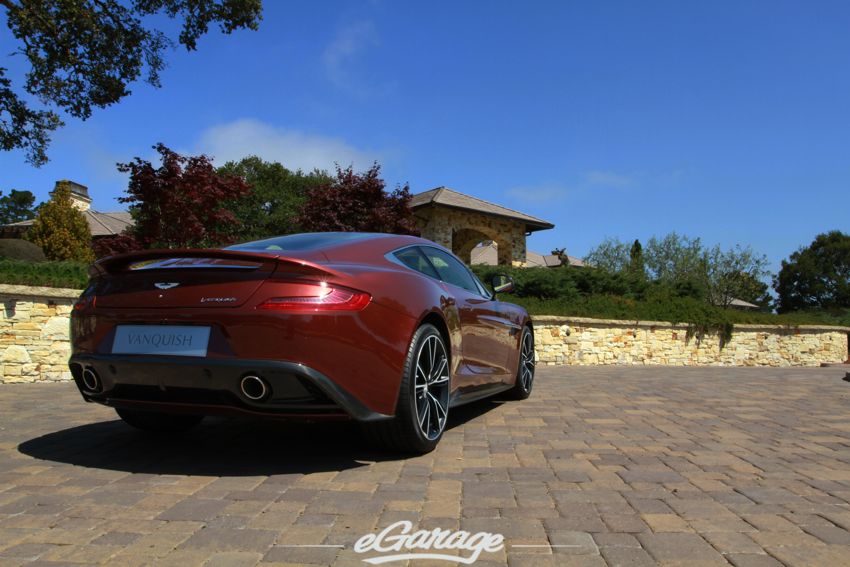 Every time I walked around the car the more I noticed the amount of carbon fiber used to build this work of automotive art.  From what I was told the copper paint was just a veil covering the carbon fiber shell of a car. It was one of Aston Martin’s goals to shed weight on its new car, and they did just that by almost making the entire car out of carbon fiber. One piece of carbon fiber I couldn’t take my eyes off of was the long and wide front lip that feeds air into the engine and under the car through to the rear diffuser to keep it planted to the ground. The new carbon diffuser on the back of the car also kept catching my eye; it made the car look a little bit more aggressive without taking away from its elegance and class. 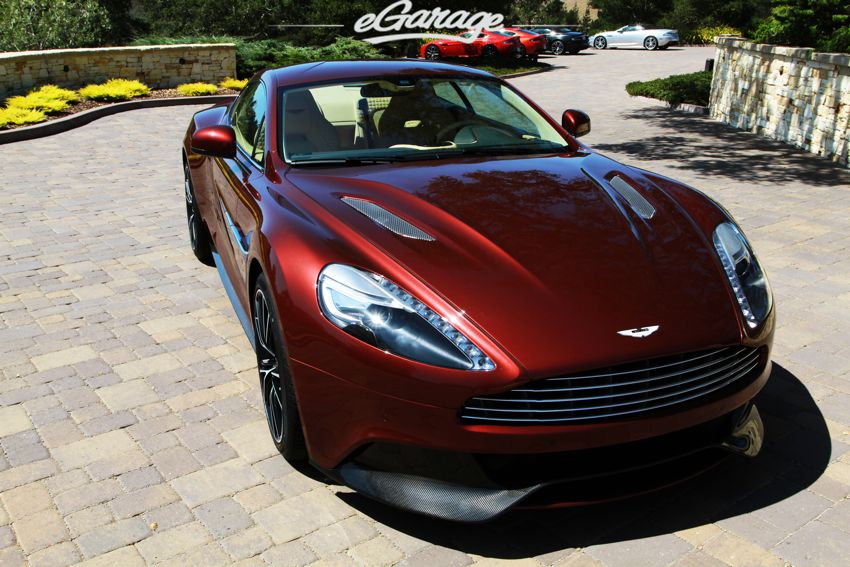 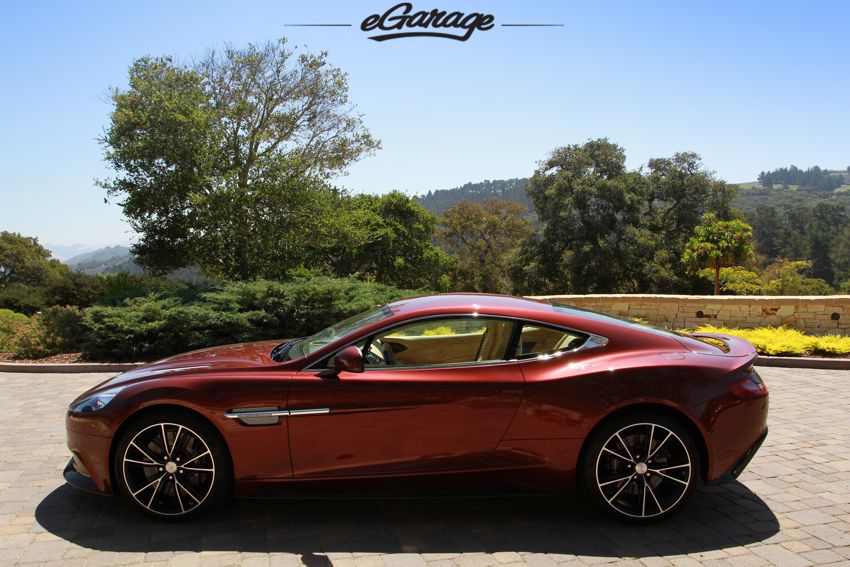 While paying attention to the detail in the lines I became more confident in the idea of a new Vanquish. Even after spending a few hours with the car I kept finding new subtle lines on the body such as around the hood and its vents, the lines on the very edges of the doors, and there were even some nice lines hidden inside the headlight housing. The only lines of the car I didn’t want to agree with were the lines that turned into a spoiler over the trunk. However, the more I thought about it the more it grew on me and seemed to flow with the car. I even found myself running my hand over the rear wheel arch and onto the spoiler and then smirking at the thought of me not being impressed only fifteen minutes before. 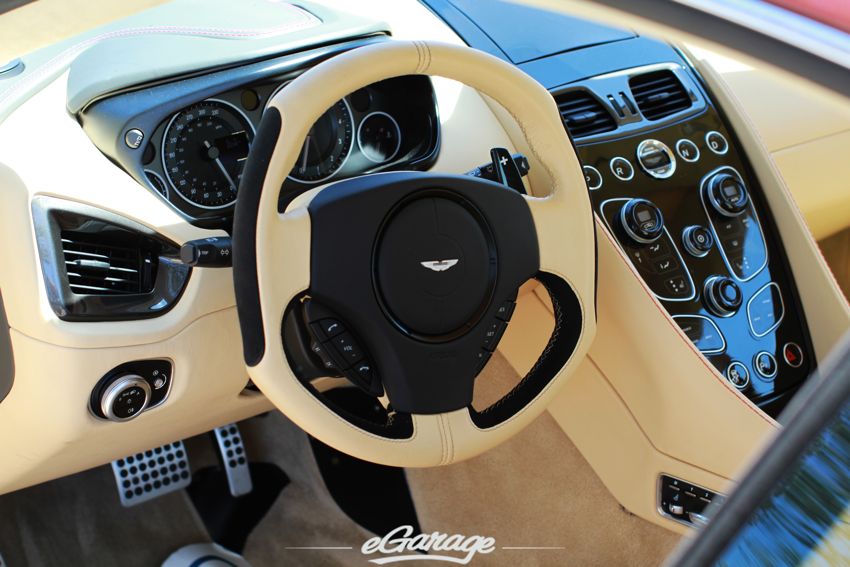 It came time to open up the door and sit inside and I was genuinely excited. Looking in through the window at the interior I realized that I had never seen that kind of stitching in a car interior. It made me think of round pasta or seashells and it was covering parts of all four seats. The cream colored leather was soft and smooth and seemed to suit the inside of the car very well. I gripped the steering wheel and felt the soft alcantara accents in my hands as I admired the sleek and even placement of the buttons on the center console. Then the dashboard gauges lit up and I felt as if I was getting ready for a car chase in a 007 movie. I was surprised at the fact that the interior was so inviting. When it came time to come out of the luxurious cockpit all I could do was sigh and think of how much fun it was going to be to spec out my dream Vanquish on the Aston Martin configurator. 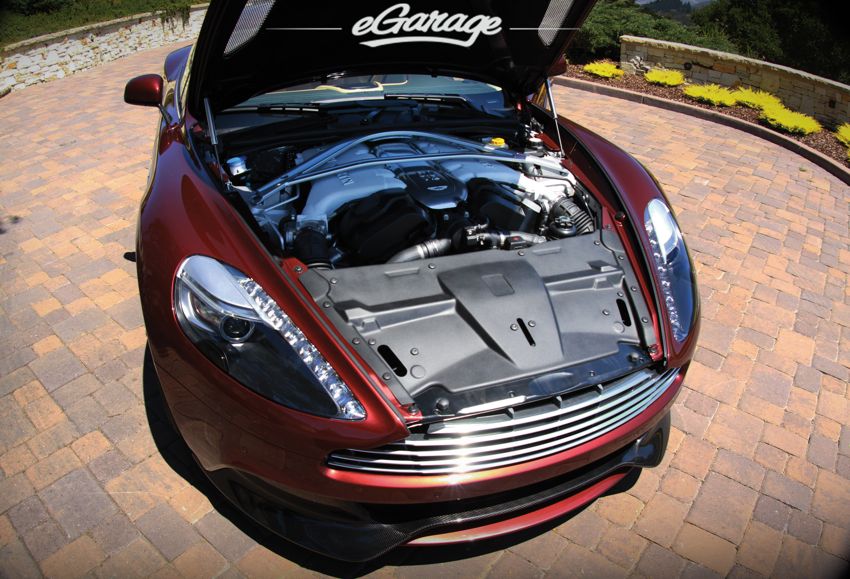 All in all, the car is a great fit for the Aston Martin brand. It embodies everything that the British car company has done and wants to do. It is still a luxurious gentleman’s car with a classy, yet aggressive twist.  We cant wait to see this all new V12 on the streets, out in the wild, and in our rearview mirrors waiting to pass us with the first chance it gets. The car is said to be on sale early 2013 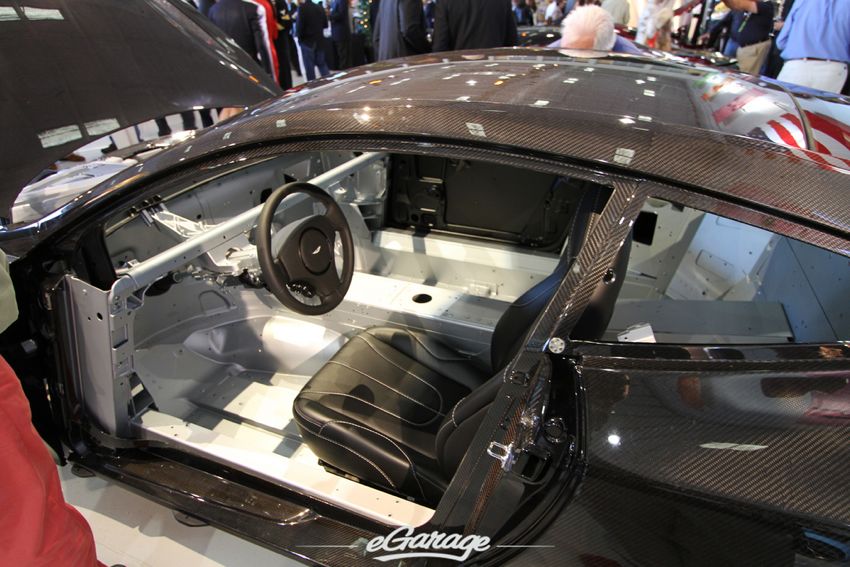 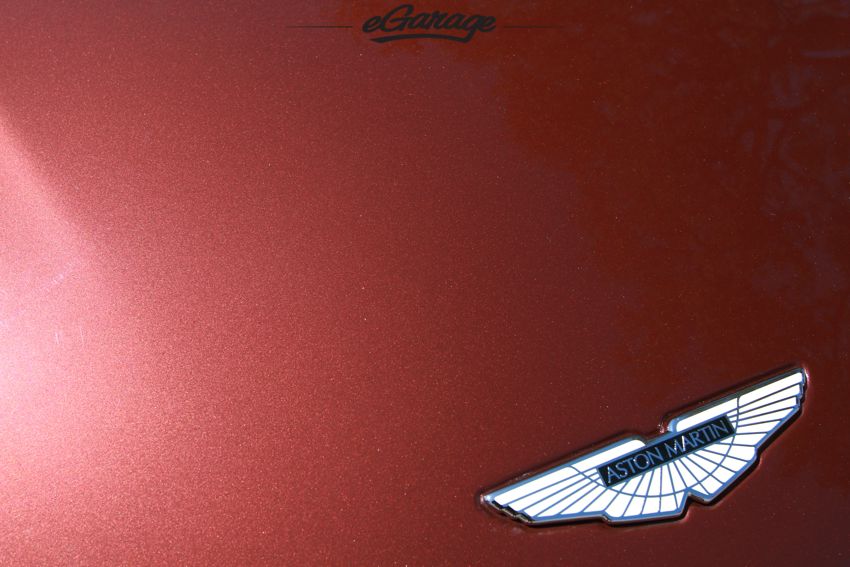