Driving a Supercar like the Koenigsegg CCX on public roads with speed limits and stop signs could be compared to dating a supermodel but only being allowed to hold hands. Eventually, the thrill of squeezing her hand wears off as does “goosing” the throttle from 65-85mph. Also, you must be comfortable receiving attention, stares and finger pointing by onlookers are commonplace. People will often match your speed to get another glimpse of that girl on your arm or the car you’re driving. It can be a nuisance, but then again, there are worse problems to have. 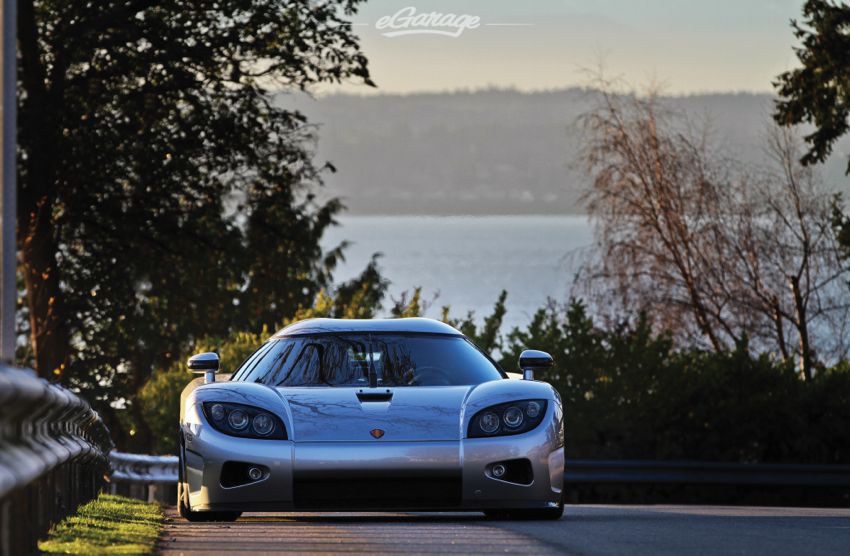 Never needing to get out of 3rd gear, I’m constantly reminded that Koenigsegg didn’t intend for their cars to be driven primarily at low speeds. Let me clarify, it’s not that the car doesn’t perform well at low speeds. Quite the contrary, I had always wanted to do a story on the daily driveability of this particular car; with the lift system, low end torque, the compliant steering, and intuitive clutch, it’s astoundingly easy. It’s just that the car seems to get better as you go faster…as if the sweet spot truly lies somewhere in the triple digits. 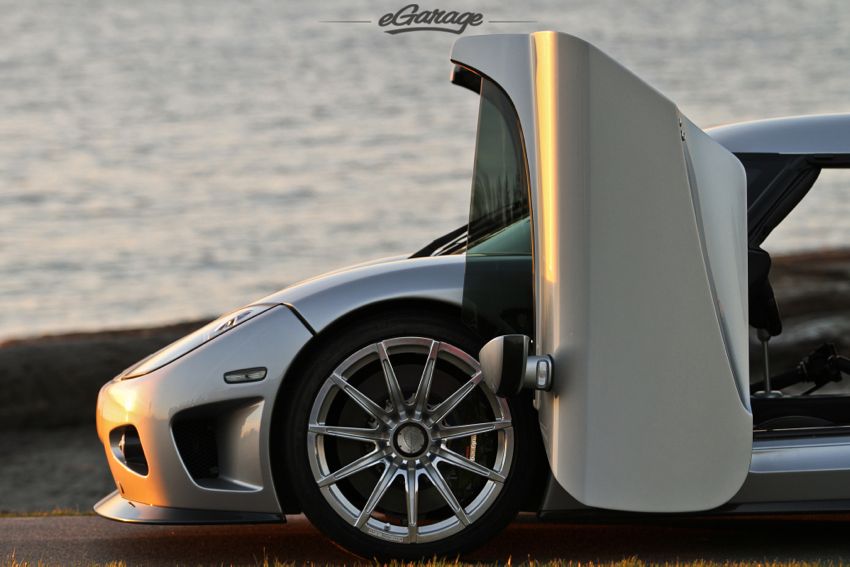 One could argue that it’s not just supercars but that many high performance cars can’t achieve their potential on public roads. This is undoubtedly the case and fortunately I have been lucky enough to experience the next level engineering that Christian von Koenigsegg and his team achieved with this car during an outing at Homestead Raceway. The car didn’t stutter at all when accepting the increased acceleration, handling, or braking loads. It was tight and it was strong. The twin supercharged V8 howled with glee. That day, owning the car wasn’t about “those crazy doors”, rather I got to experience its real heart and soul in the Florida heat. It was in its element on that road course. 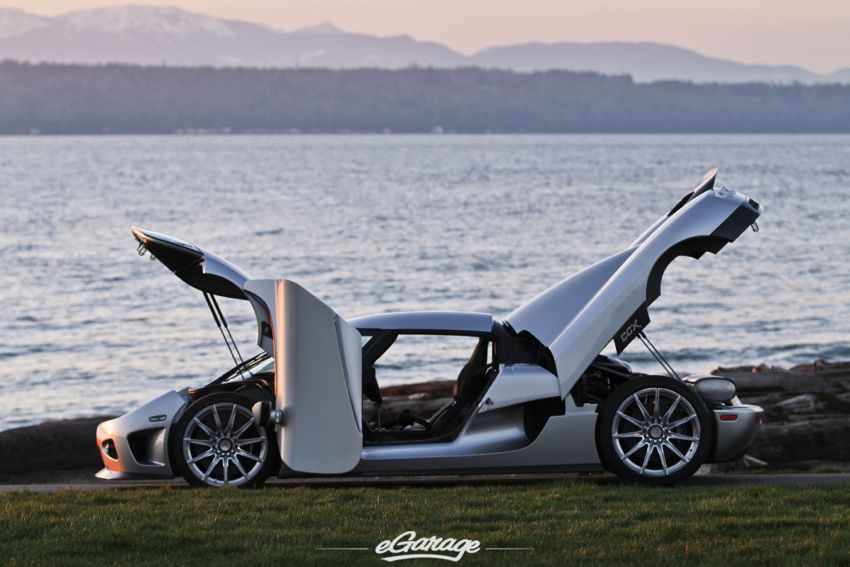 Unfortunately, the nature of my driving habits lend to more highway commuting and weekend jaunts than focused track time. Also, the tracks we have in my area are tight and quick and they are much more suited to agile, “flickable” cars – I doubt that I’d be getting out of 4th gear in the CCX on the straights. Hand *squeeze*. 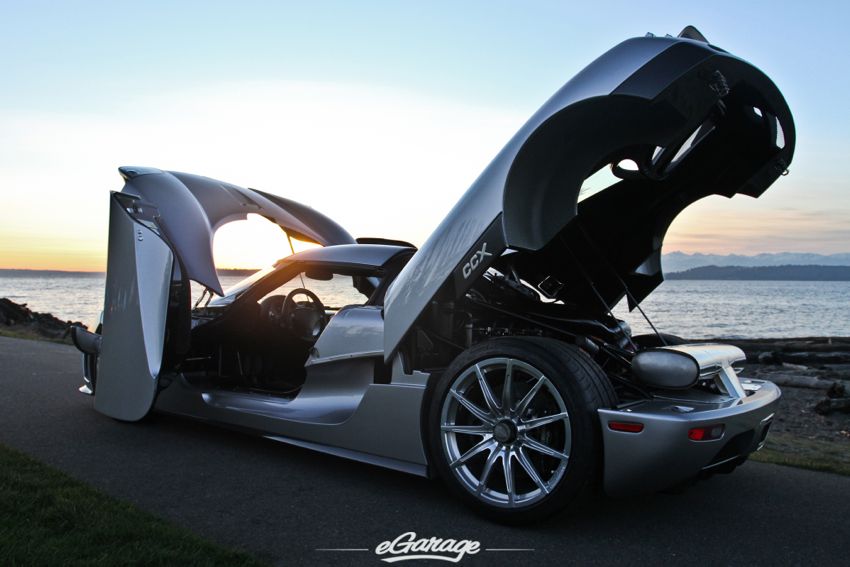 It’s also financially risky to track a car like this. Insurance is not your friend once you enter a race track. Small repairs and general maintenance can easily total the price of a daily driver and reputable shops are hard to find. That being said, I will always agree that the track is the best place to test a car and driver’s limits; my only regret is that I didn’t stay at Homestead longer that day. 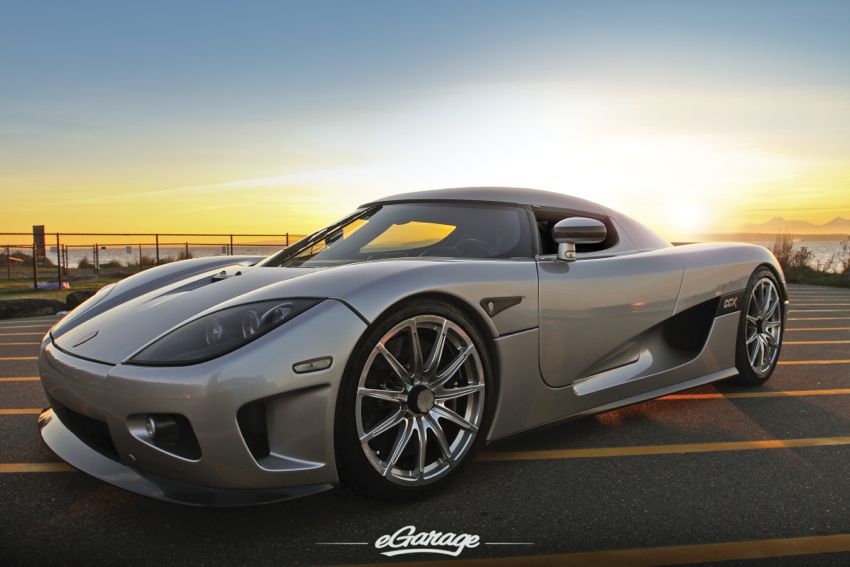 I heartily abide by the “you have to pay to play” mantra and each opportunity to play undoubtedly brings a cost/benefit analysis. However, the more I find myself performing analyses like this around a car, the less enjoyable that car ownership experience becomes. 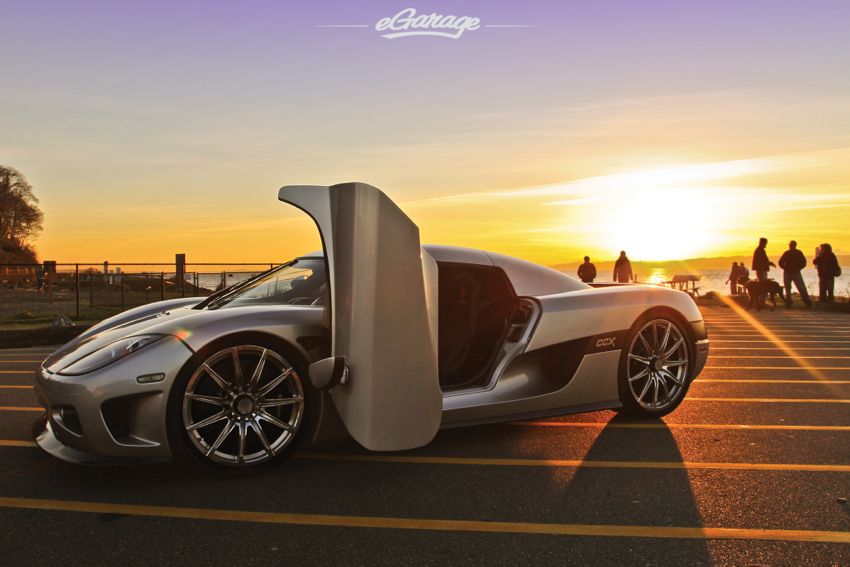 I want to reiterate that there is nothing inherently wrong with the Koenigsegg. In fact, everything about the CCX and its big brother the Agera is out of this world. What the small crew from Angelholm have accomplished in less than a decade is astonishing. They have built a car that competes with the world’s best in the most elite class of performance. They continue to push boundaries with their stout engineering, proficient use and understanding of carbon fiber, and a level of fit and finish that stands side by side with the best that Italy and Germany presently offer. 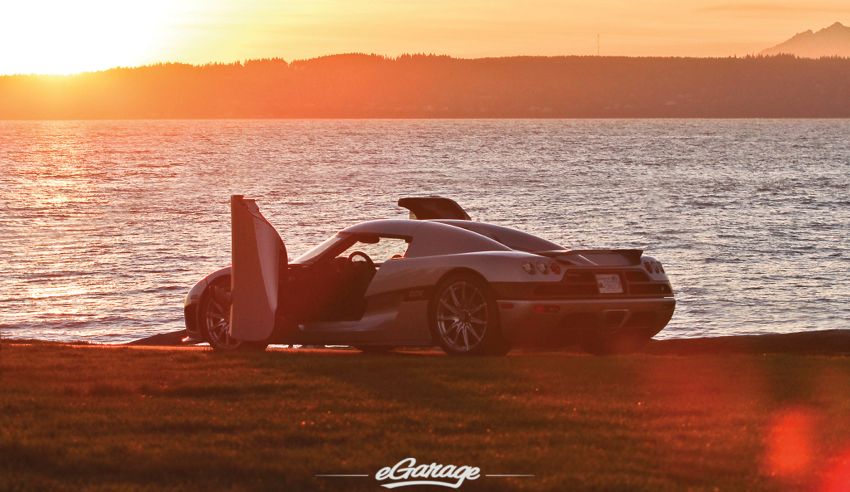 So, instead of writing a story on the daily driveability of the Koenigsegg CCX, I find myself writing a story on why I’ve decided to part ways with the car. Letting go of a car like the this is one of those “it’s not you, it’s me” decisions. It became about whether I wanted to keep this amazing machine in my collection “just because” or whether I’d had my fun with it and there were better uses of funds. 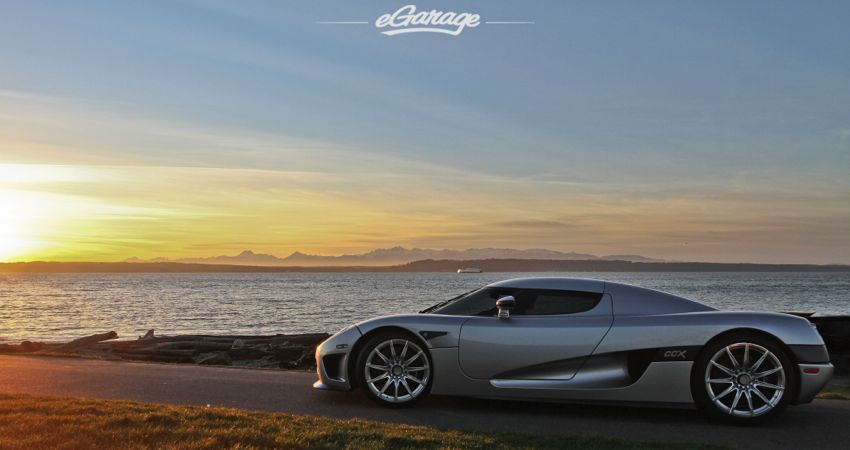 This is also a great time to implement my quasi-Buddhist views on collecting cars. As best I can, I practice non-attachment no matter how much I enjoy my time behind the wheel or how much they cost. I know that tomorrow is not a given and that clinging to material possessions is not an authentic way to find happiness. While the CCX brings me tremendous joy, I have to recognize the impermanence of my relationship with it. 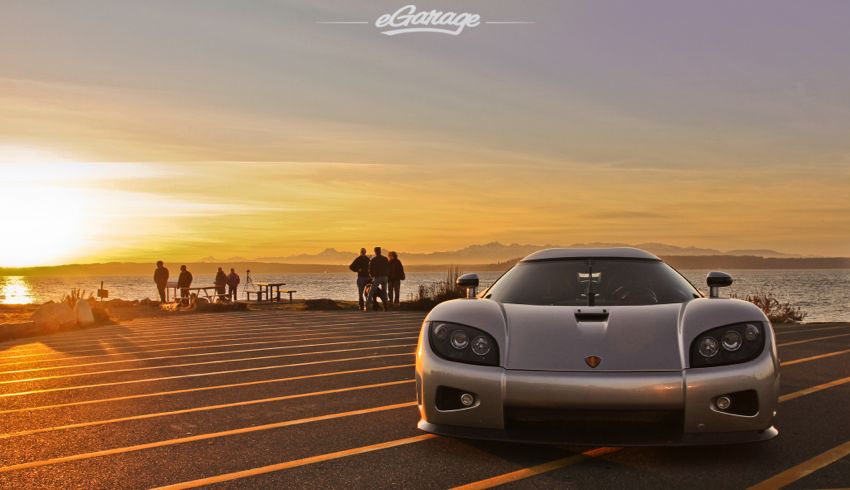 In the spirit of the “caretaker” theme that’s been swirling around the automotive world lately, I know that my time with cars like the CCX is inherently short and that my main responsibility is to enjoy each moment and take good care of the car until it finds a new home. 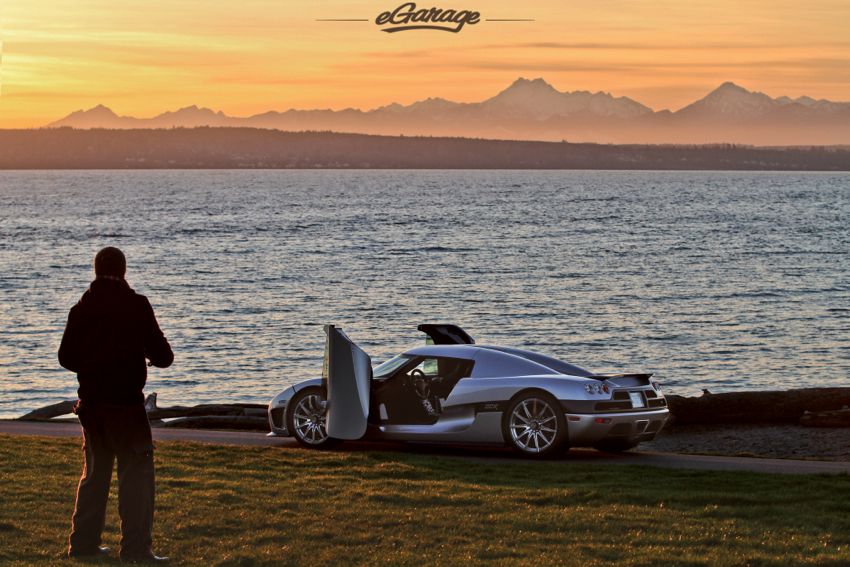 As I took the CCX on one more drive around the Seattle highways and city streets, we serendipitously found a new shooting location just as a magnificently clear and brilliantly colorful sunset presented itself. As we watched the colors light up the sky, and I was fielding questions like “how fast does it go” and “how much does it cost”, this quote from Mevlana Rumi came to mind:

“Come on sweetheart
let’s adore one another
before there is no more
of you and me.” 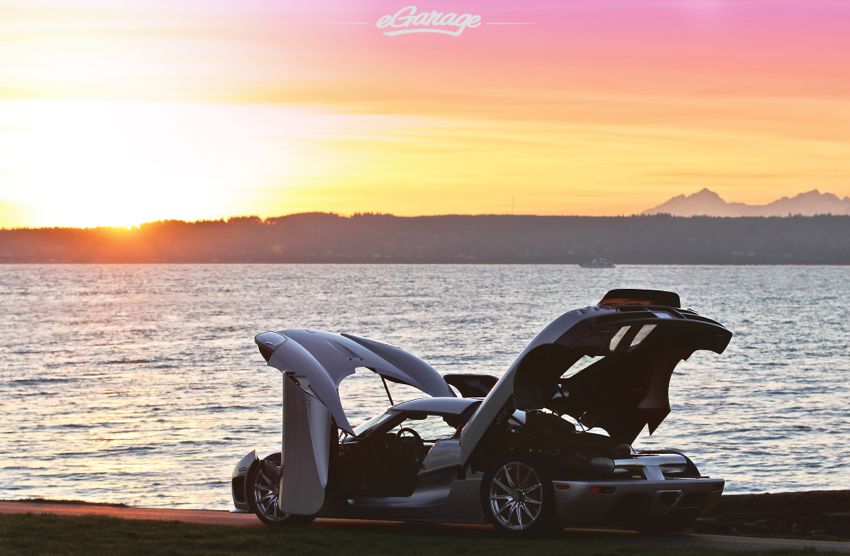 SEE/DOWNLOAD THESE PHOTOS IN HIGH RESOLUTION: 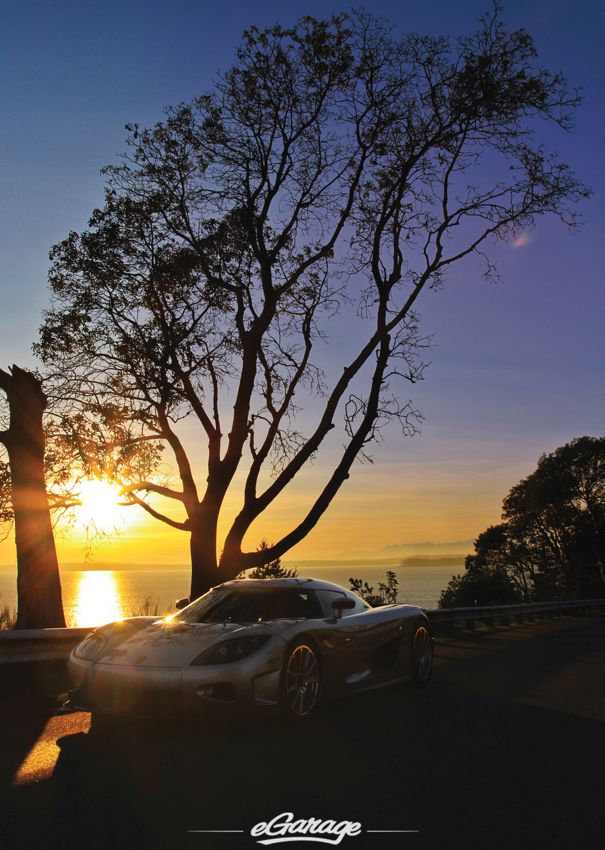 Many thanks to Cats Exotics for assisting with the sale and best wishes to its new caretaker.