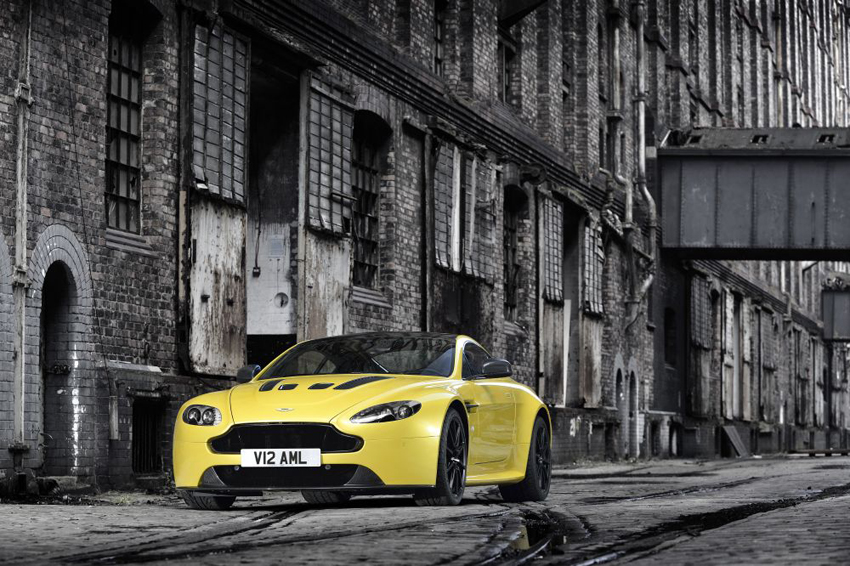 Aston Martin is taking sports car performance to extremes with the announcement of the new V12 Vantage S. 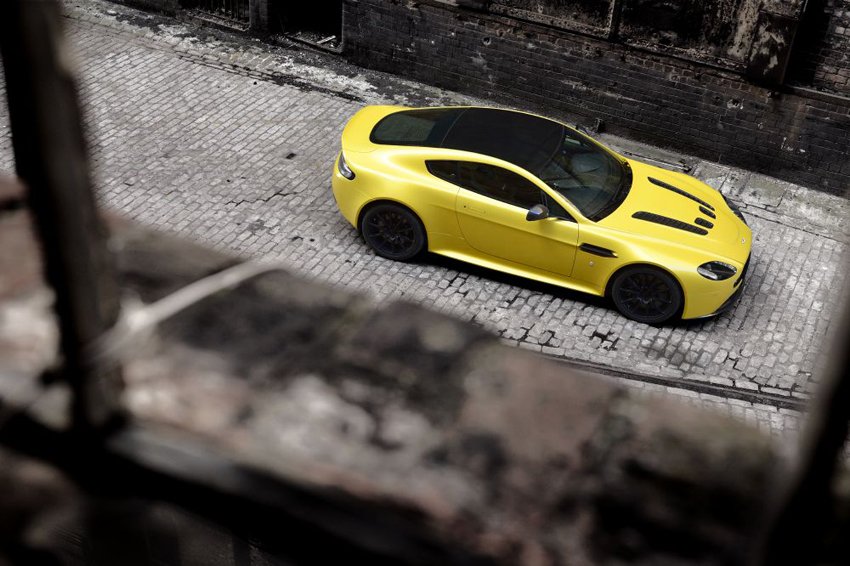 The new car replaces the outgoing V12 Vantage in markets around the world and, with the exception of the One-77 hypercar, arrives as the fastest road-going
Aston Martin yet offered. 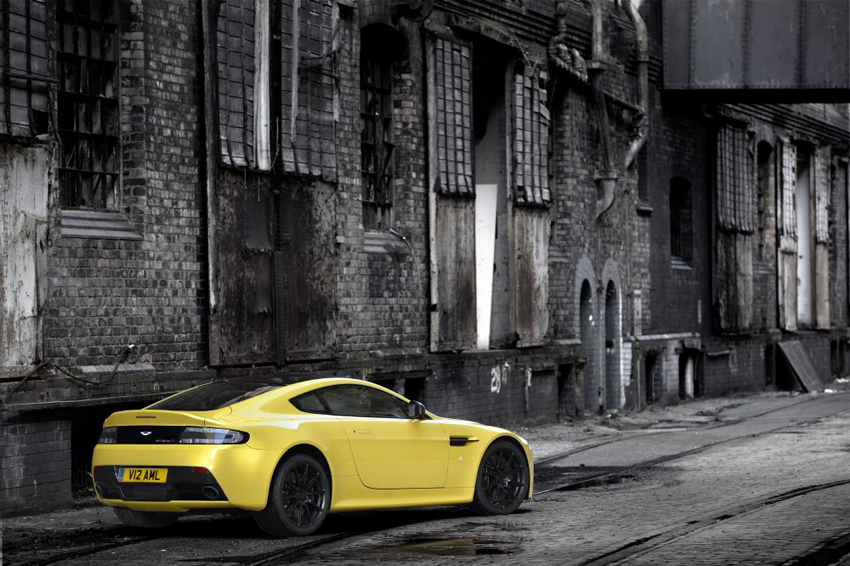 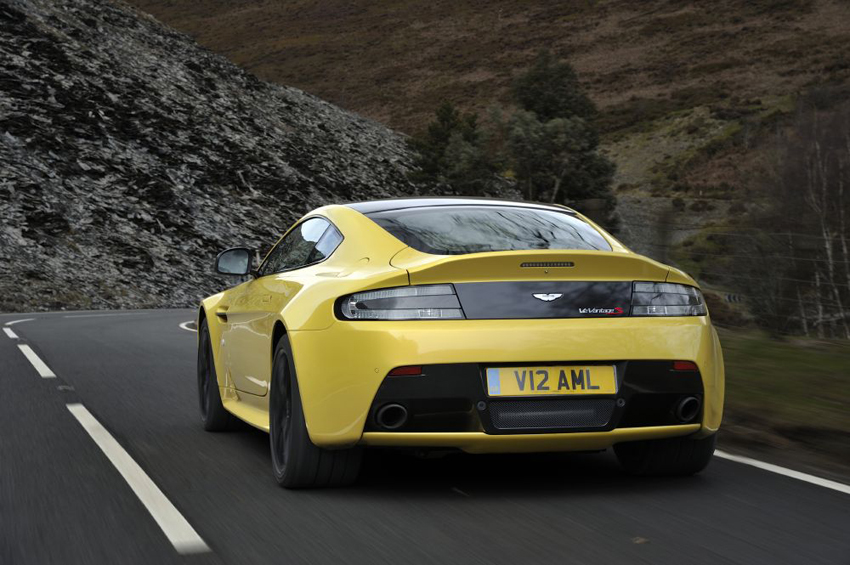 Peak and low rev torque improves appreciably, too. With 620 Nm available at 5,750 rpm – up from 570 Nm previously – the V12 Vantage S is not to be found wanting. Crucially, too, low rev torque – measured at just 1,000 rpm – leaps from 440 Nm to 510 Nm. This serves to both flatten and fatten the torque curve, thereby significantly improving driveability. 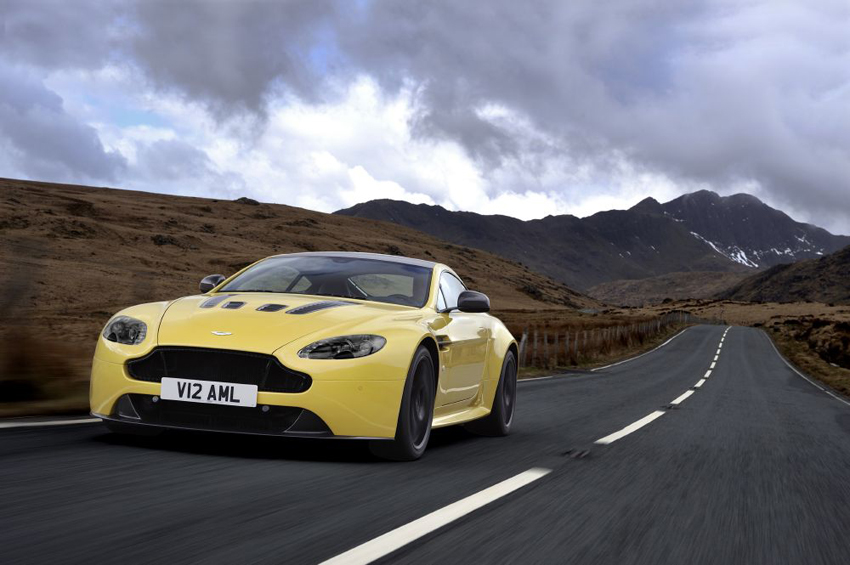 “Learning from our successes on the track feeds the development of this type of car and I’m proud to launch such an exciting sports car in this, our centenary year.” 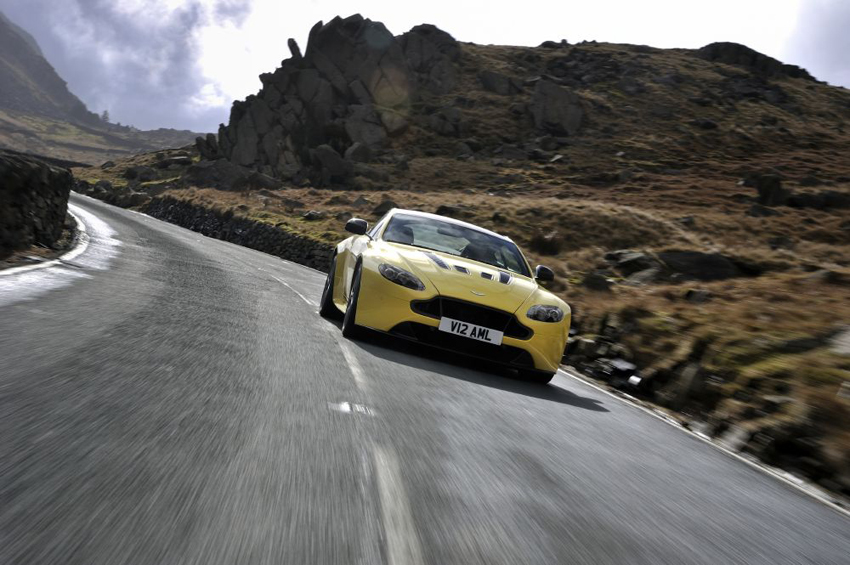 Race car technology runs right through the DNA of the V12 Vantage S with, for instance, CNC machined combustion chambers and hollow cam shafts just two examples of track technology feeding through to the road. 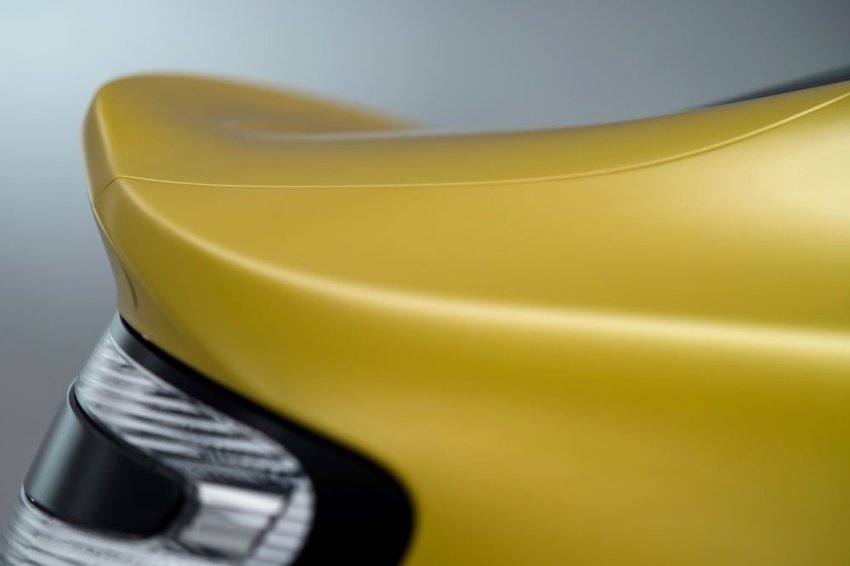 Another clear example is the new car’s new gearbox. The Sportshift™ III AMT (automated manual transmission) is a major development of the automated manual gearbox that appears in the current V8 Vantage S. 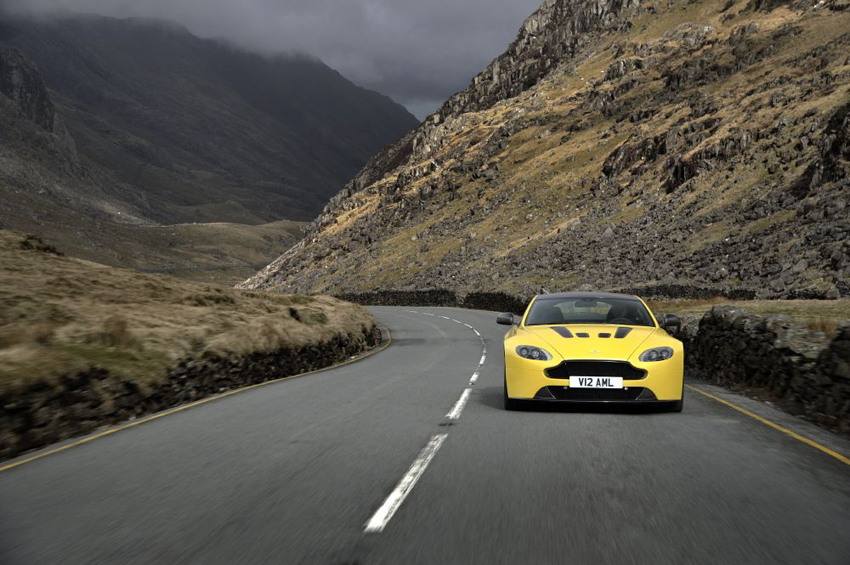 The Sportshift™ III transaxle, from transmission experts Oerlikon Graziano, joins an extensive array of new sport- and track-focused developments that ensure the
V12 Vantage S is fully equipped to exploit the huge performance potential of its 6.0-litre naturally aspirated AM28 engine. 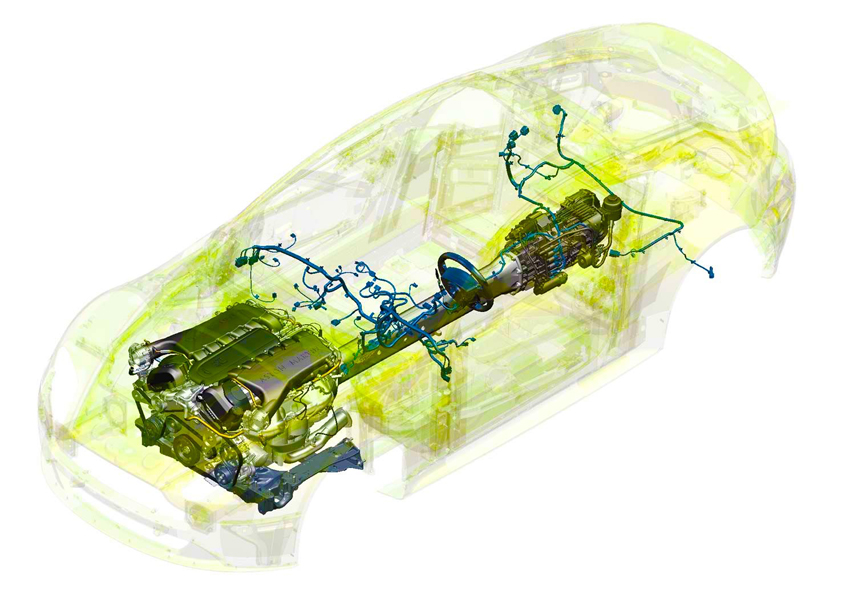 The debut of three-stage adaptive damping – another ‘first’ for the Vantage family – allows the driver to more precisely tailor the car’s dynamic character. ‘Normal’, ‘Sport’ and ‘Track’ modes provide a broad swathe of dynamic performance that can be tuned to better suit the driver’s requirements. The system also governs the level of power steering assistance offered.

Working alongside the extended adaptive damping system is a ‘Sport’ mode, controlled via a button on the centre console, that alters throttle response, gearshift speed and timing, and exhaust note to, once again, tune the character of the car to the driver’s requirements.

A whole new exhaust system – derived from that of the One-77 hypercar, no less – is lighter, smaller and, crucially, even more sonorous than that of the outgoing car.

The ZF Servotronic power assisted steering is new, too. With a quicker 15:1 ratio, it is linked to the adaptive damping button and offers two-mode steering assistance designed to best match the ‘Sport’ or ‘Normal’ settings generated by the Adaptive Damping System. 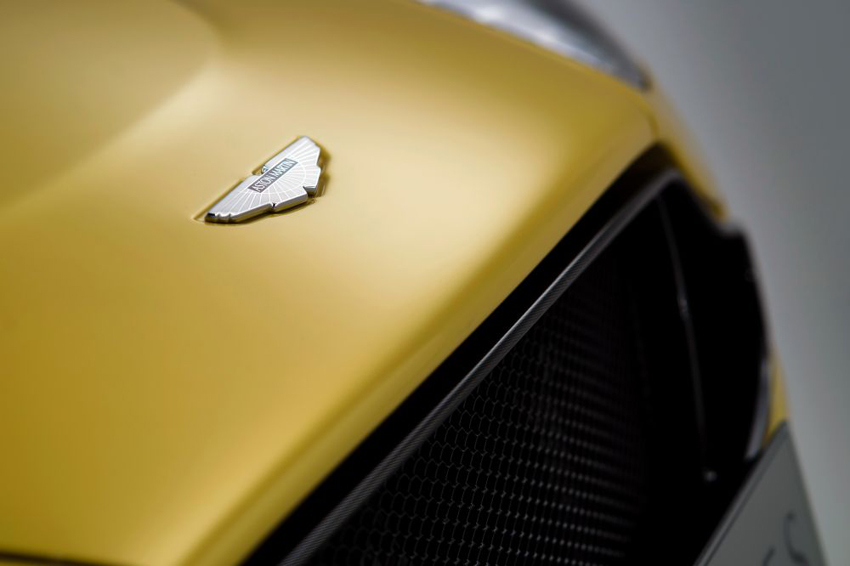 The V12 Vantage S has been restyled to reflect is position as the flagship of the new Vantage range.

Most noticeable, perhaps, is the car’s grille that does away with the famous aluminium vanes – replacing them with a new carbon fibre arrangement that also includes sporty black carbon fibre or titanium silver mesh. Created to maximise airflow to the V12 engine, the new grille is inspired by that of the remarkable new CC100 Speedster Concept, nicknamed DBR100, which debuted at the 24 Hours of Nürburgring earlier this month and signals a new era of Aston Martin design language.

Other clues that single out the car as new include the debut of new lightweight forged alloy ten-spoke wheels, and a subtle yet distinctive exterior graphics pack that includes black painted roof and part-painted boot panel. 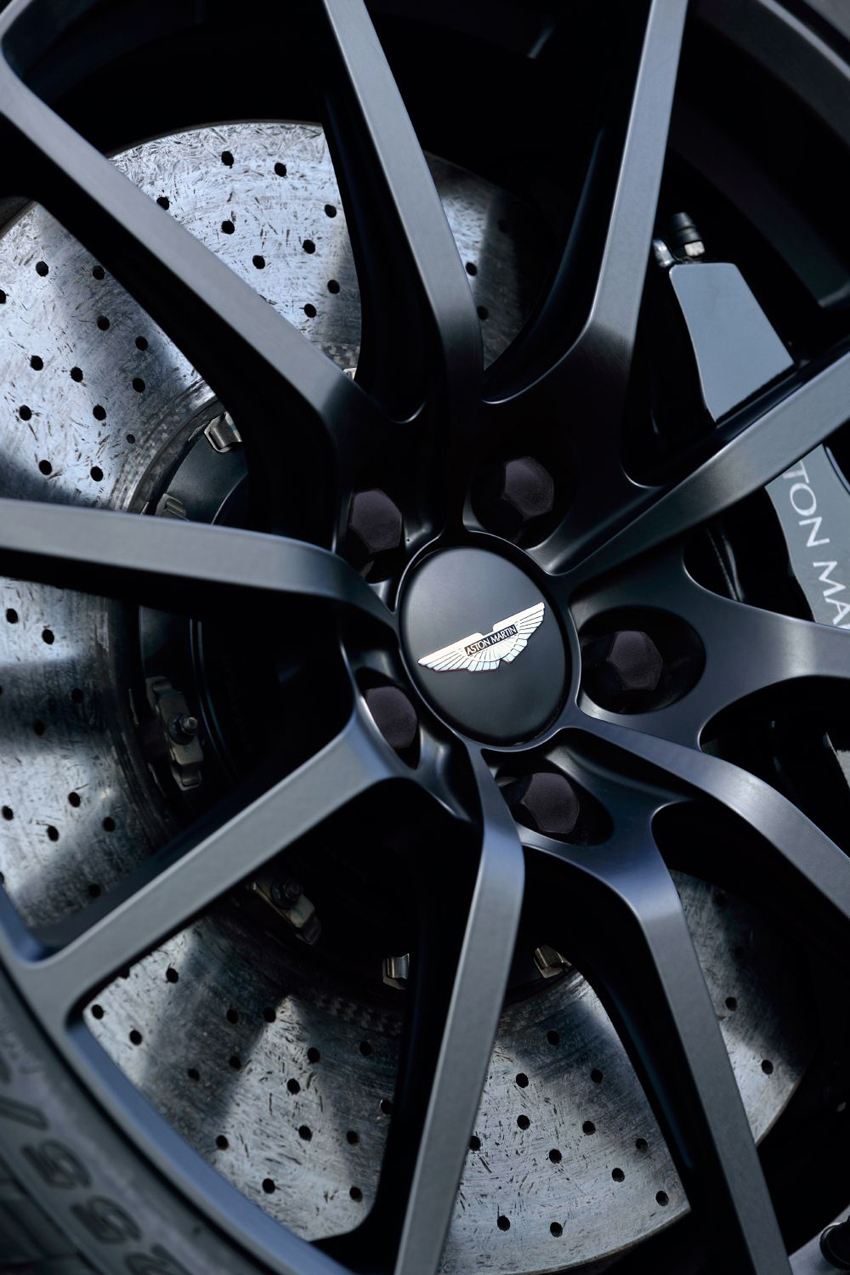 The new V12 Vantage S of course retains the same compact proportions and muscular stance as its predecessor, while features such as the pronounced bonnet vents and flared wheel arches underscore its sporting abilities. 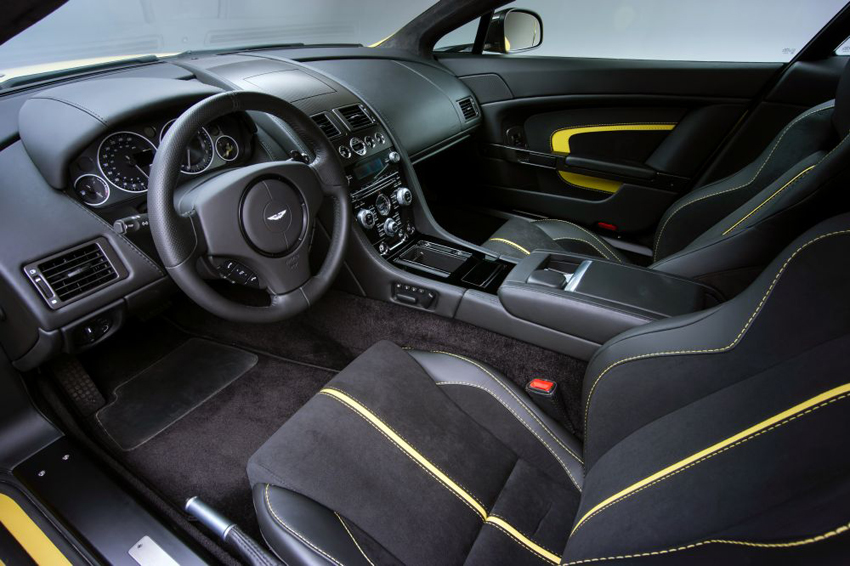 Inside, as out, the new car has been styled to reflect its powerful nature. New-style seating with Sport and carbon fibre Lightweight seat options, revised stitching and welt detailing, two leather grade options – Luxmill and semi-aniline – plus the possibility to include Alcantara, present V12 Vantage S buyers with an exciting array of trim choices. 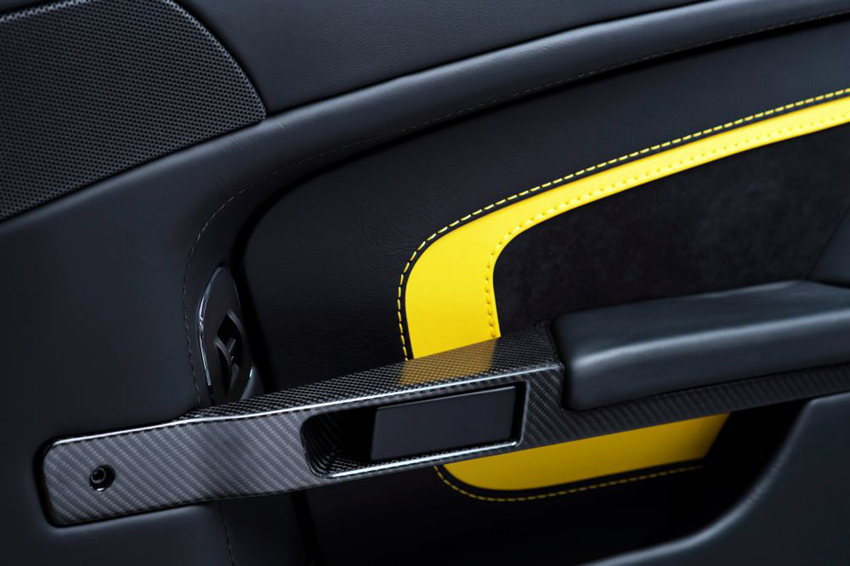 The optional Carbon Fibre Interior Pack, which adds the material to the car’s facia and door pulls, plus the availability for the first time in a V12 Vantage S of black pedals, further enhances personalisation options for those in search of a truly bespoke sports car. 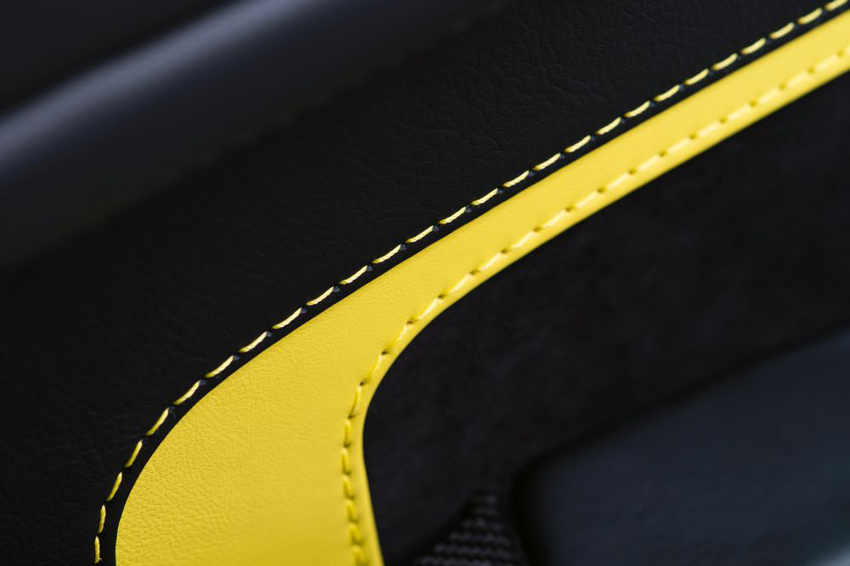 Dr Bez added: “The new V12 Vantage S is our most extreme Vantage to date – engineered to bring race car performance and technology to the open road. 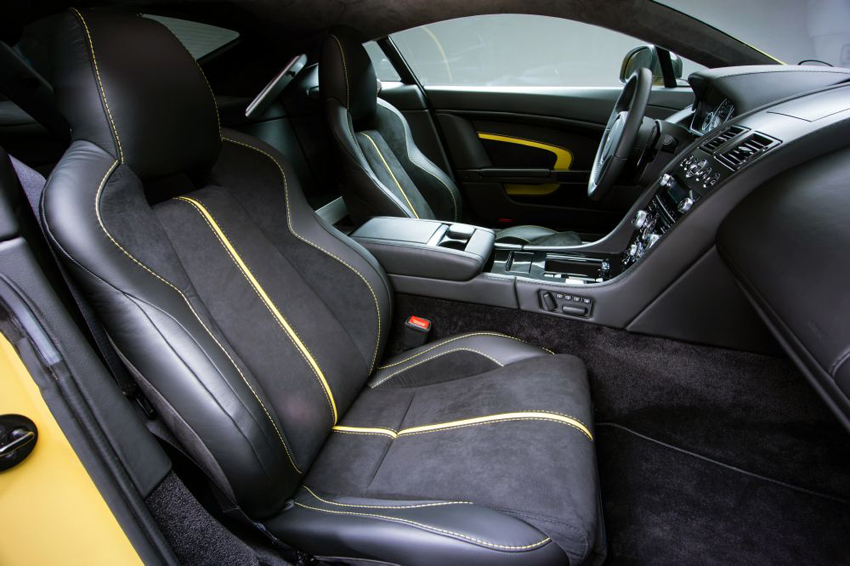 “It is our most powerful engine in a beautifully tailored suit. It is elegant, yet brutal, and it is at the same time easy to control. It has everything that sums up
Aston Martin: power, beauty and soul!” 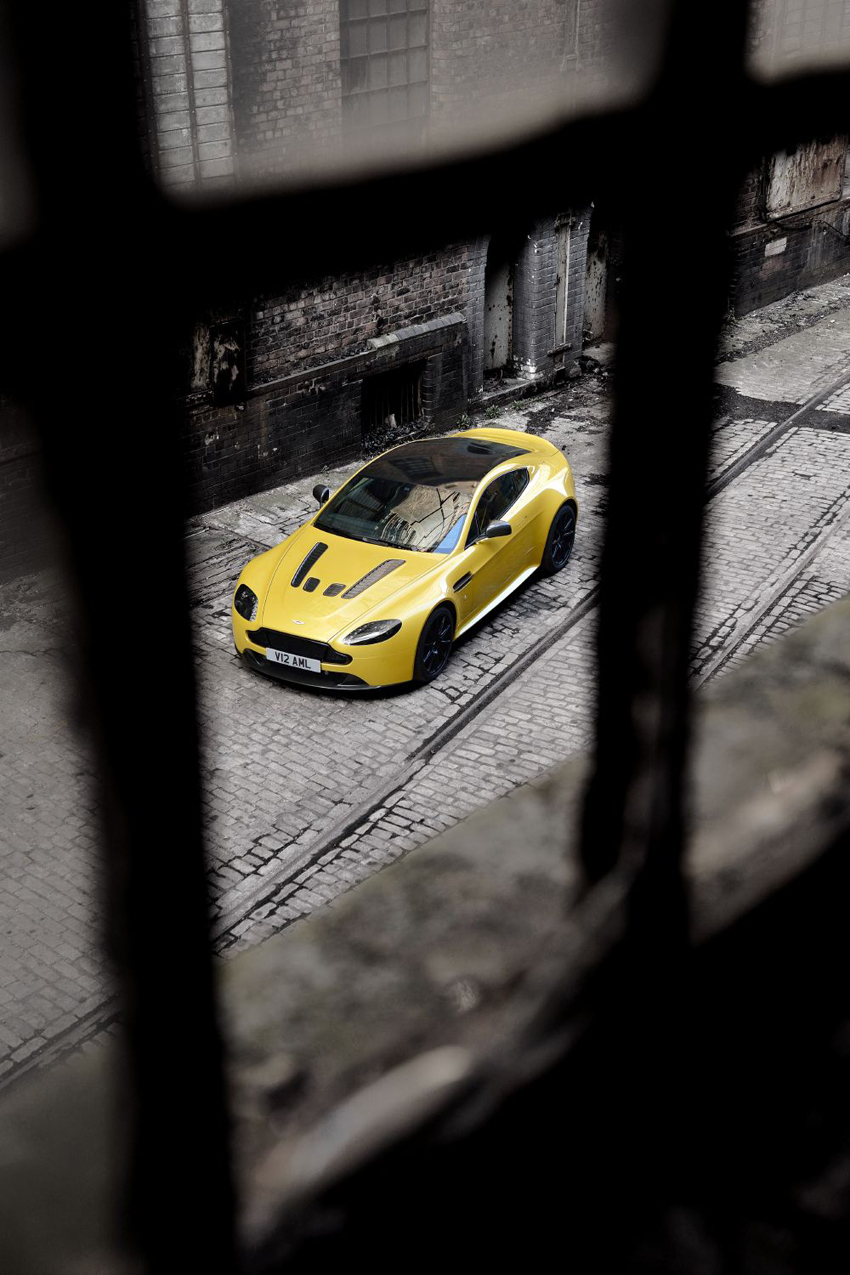 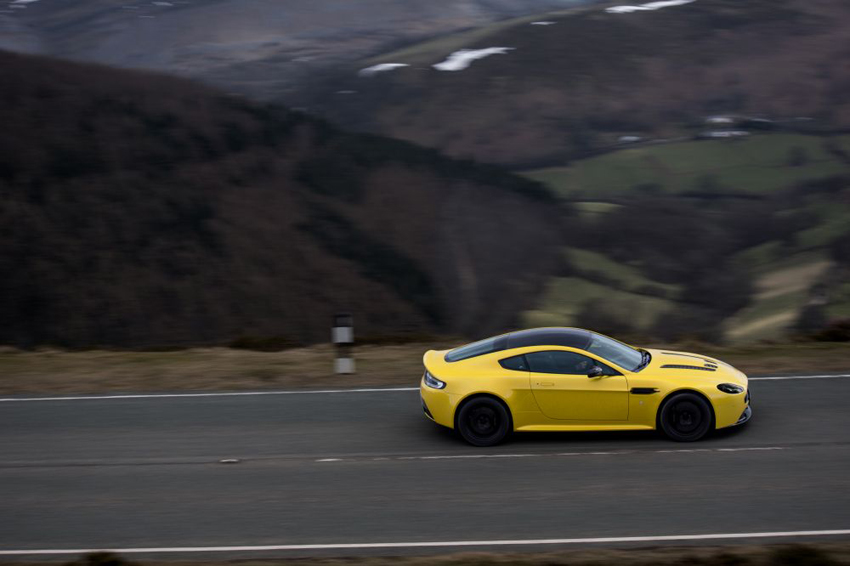 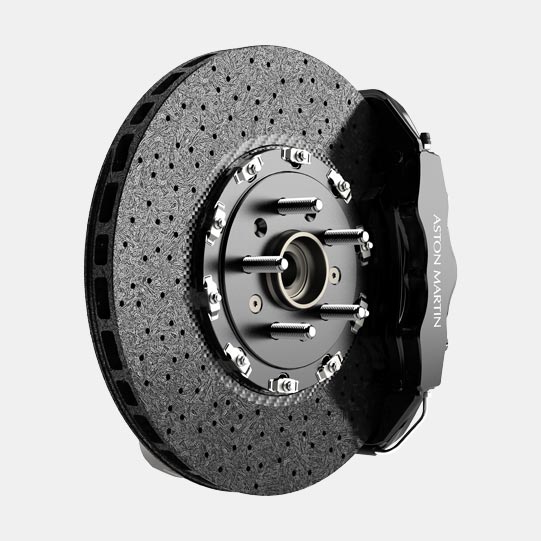