How can I describe this road to you? I could use the numbers – 12.42 miles long, a start line at 9,390 feet, 156 turns, and a finish at 14,110 feet – but that doesn’t capture the emotion. I could tell you of the corners about which drivers joke, “If you go off, you’ll get hungry before you hit the bottom.” But this too feels inadequate. This is a stretch of asphalt that must have been draped over this spectacular mountain by some group of driving gods. It is a tarmac serpent that has fickle moods and changing tempers. Ultimately, I suppose, it is simply the host to the Pikes Peak International Hillclimb. 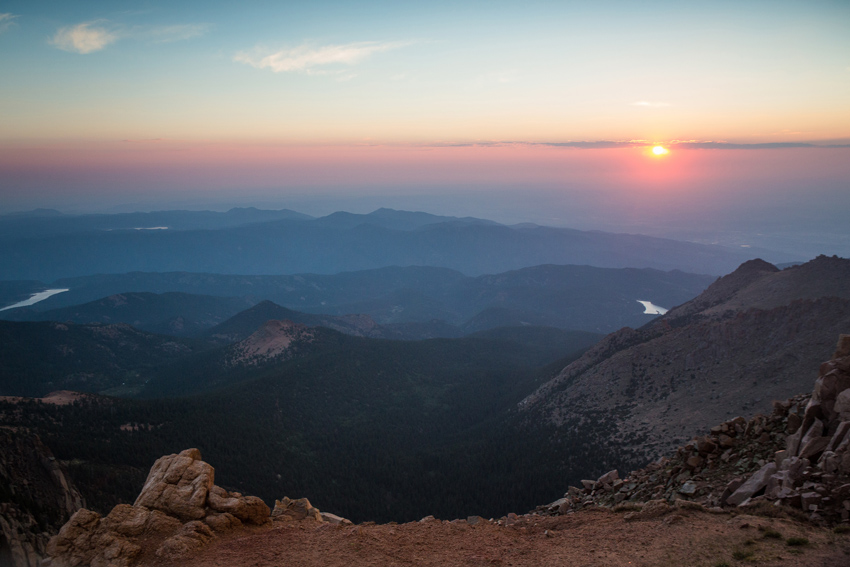 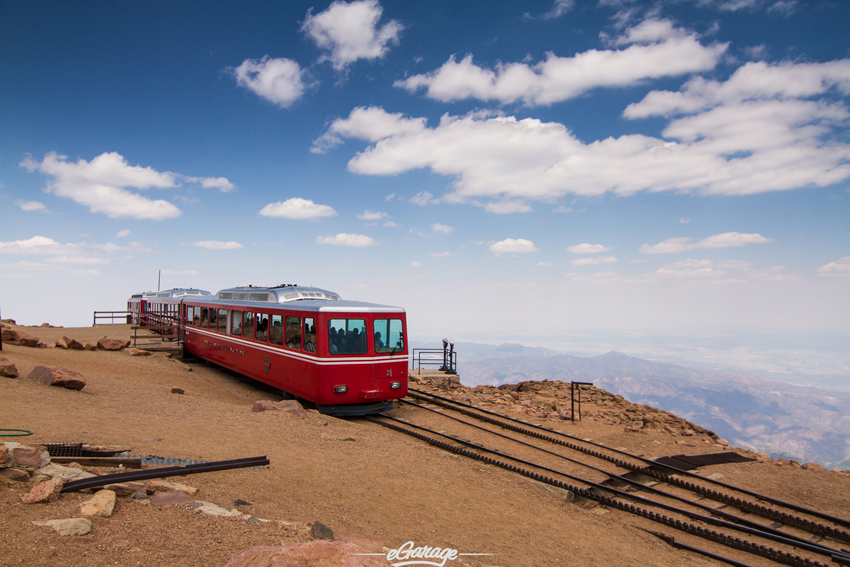 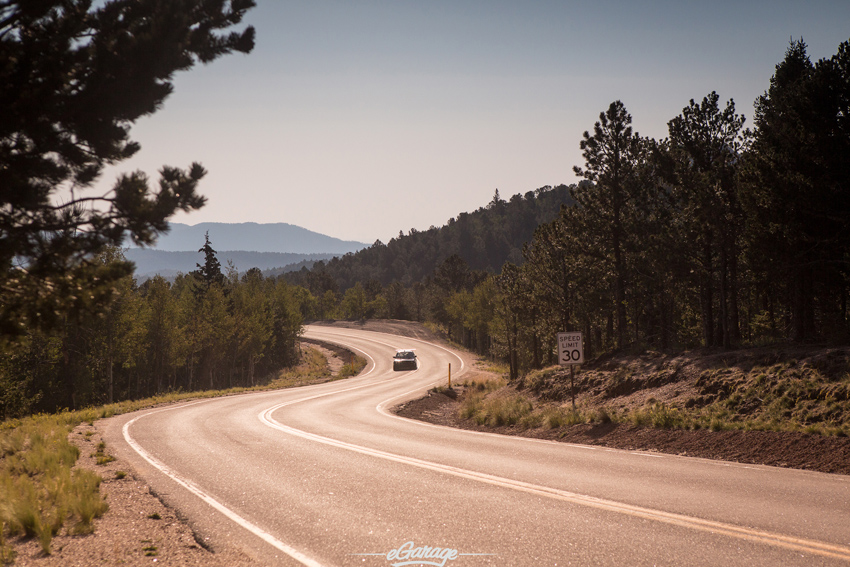 It is strange to think that only a few months ago, I was reading about Palatov Motorsport for the first time on this very eGarage.com site. It was because of eGarage that I decided to pursue a deeper involvement with Palatov and their pursuit. And now, near the end of a three month internship, I am at Pikes Peak readying our car, the Palatov D4PPS, for race day. The past week has not been easy. We drove non-stop for 25 hours to get here from Portland. The three practice days began early. We were up around 2:30 AM, and the cars were running as soon as there was enough light to see. I have had some difficulty adjusting to the elevation. No matter how much water I drink, I feel dehydrated, and a dull headache has become a constant companion in the upper sections. 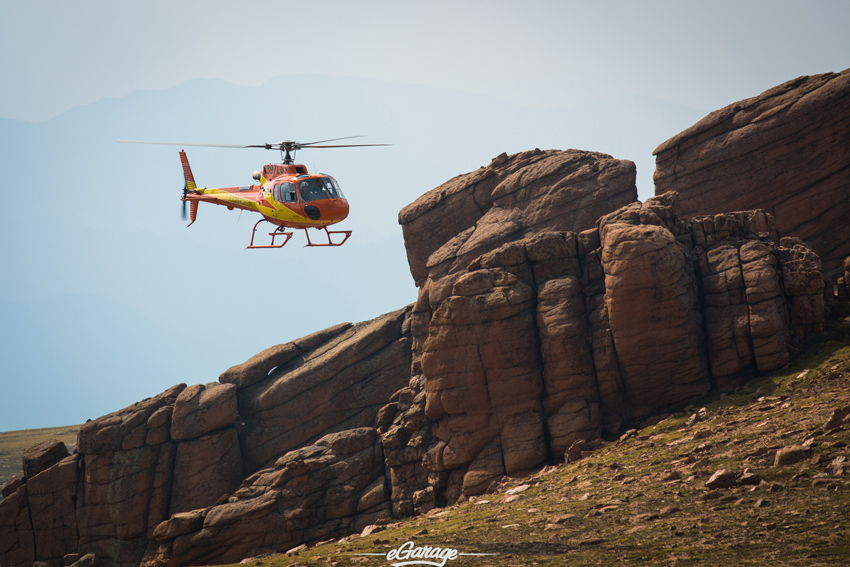 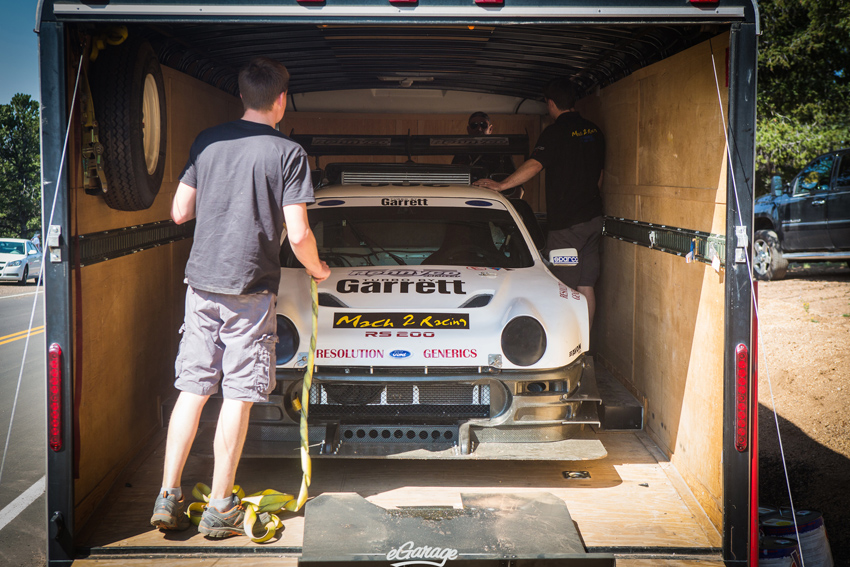 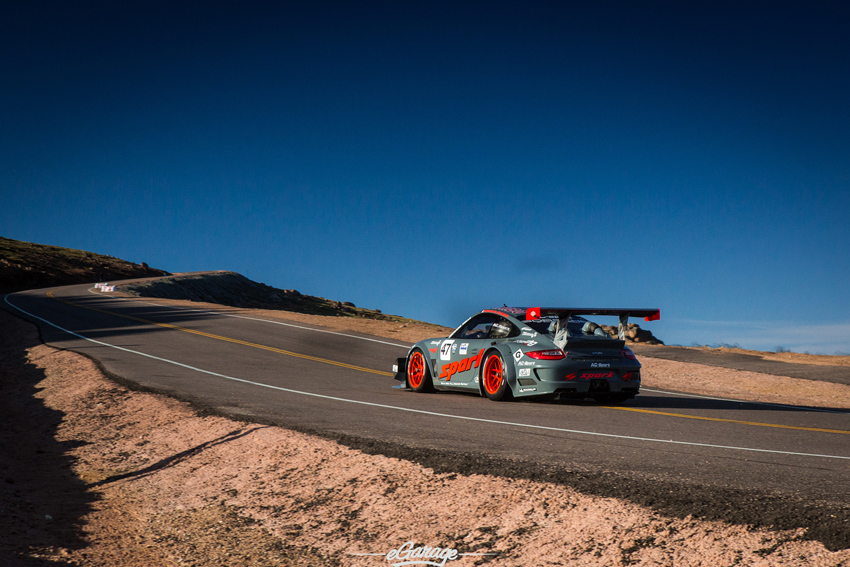 What makes this race so difficult? There is obviously the elevation. The thin air wreaks havoc on the cars, taking away power from the engines, rendering wings and splitters about a third less useful than at sea level, and requiring radiators much larger than otherwise necessary. The drivers too are challenged. Even with less oxygen to the brain, they must continue to make split second decisions. The road itself, with its 156 turns, is not an easy one to learn, and limited practice time does not make the task any easier. And there is the weather. The race spans such a great range in elevation that the road could be seeing rain or hail or snow in some parts and bone dry in others. 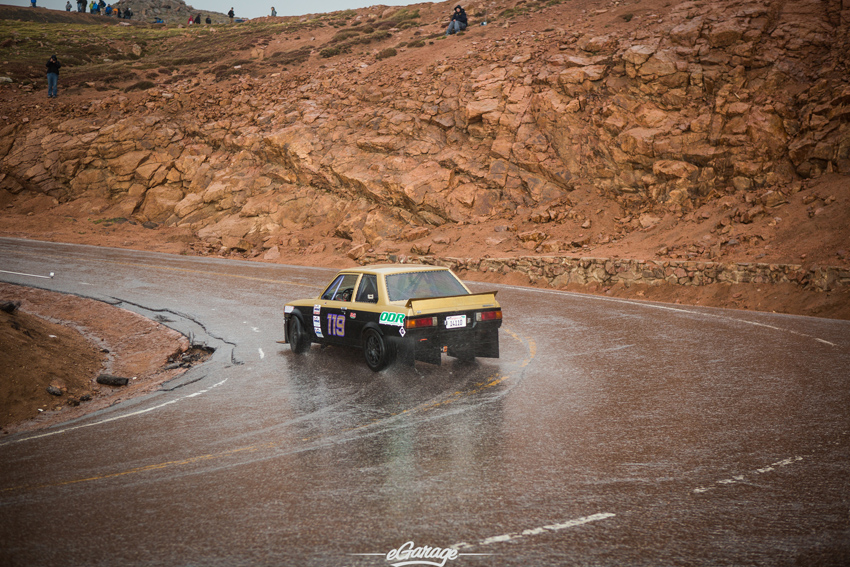 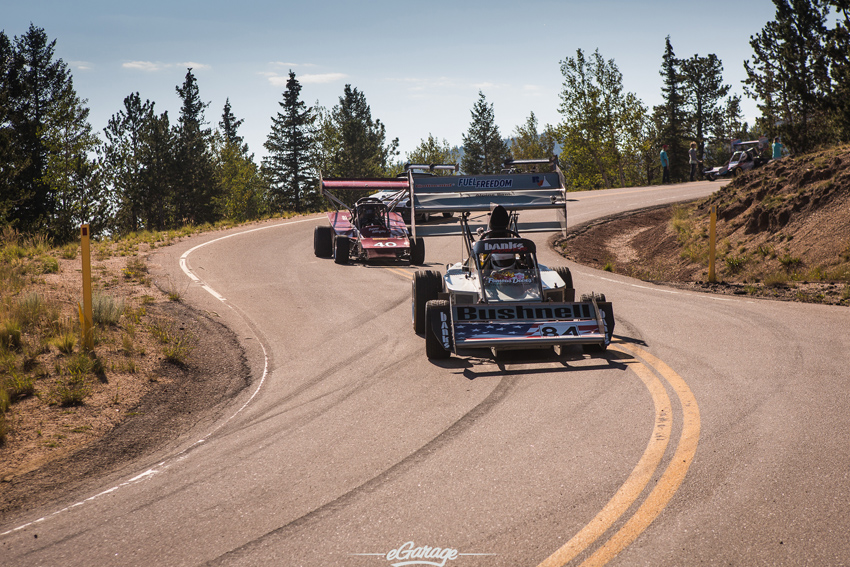 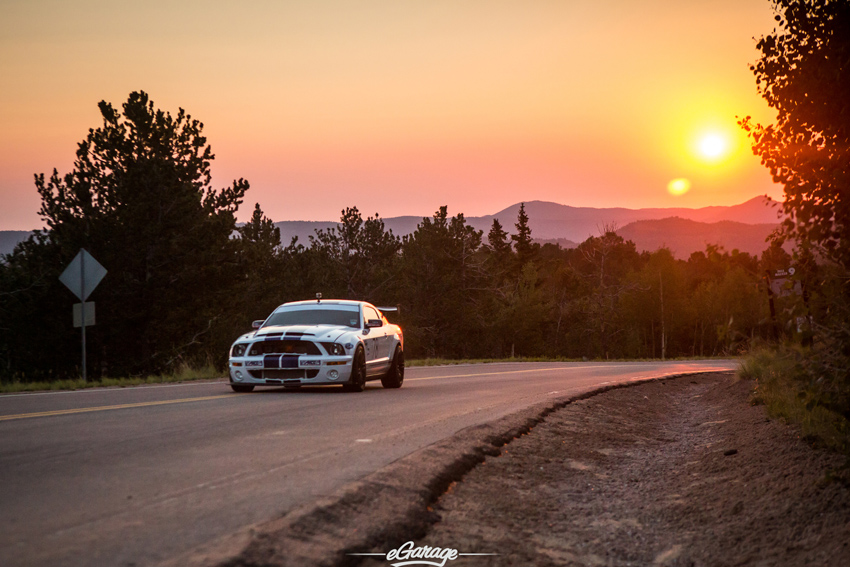 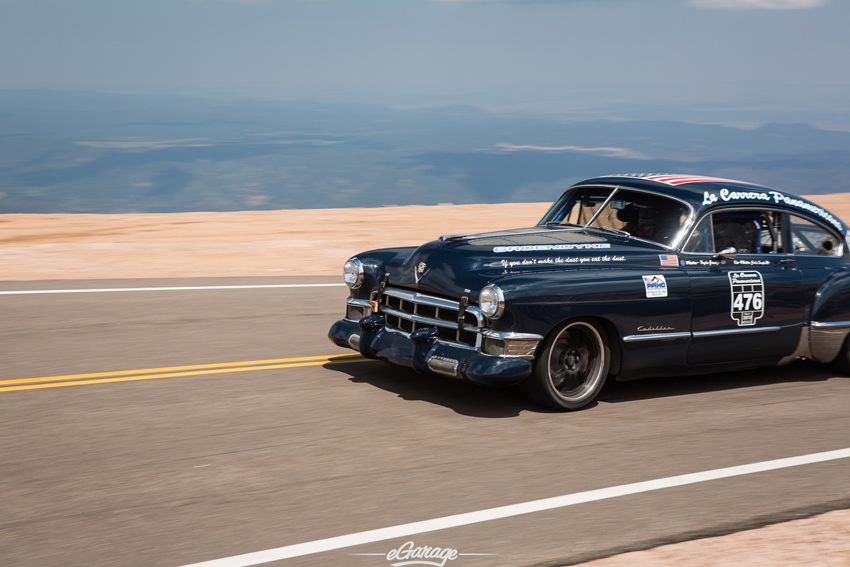 Race day comes quickly. We have qualified third in the Unlimited Class and will be running in that order. The top qualifier has the luxury of moving his entire class in order to avoid any bad weather. Because of predicted showers later on in the day, Jean-Philippe Dayraut of the Dacia team chooses to run right after the bikes. We are given fair warning and begin our final preparations of the car. In the back of my mind is the knowledge that our driver, David Donner, has put his trust and quite possibly his life in our hands. We make sure that all the bolts are secure and that nothing has been forgotten. Wheels are torqued, tire pressures are set, and the car is rolled onto the road. 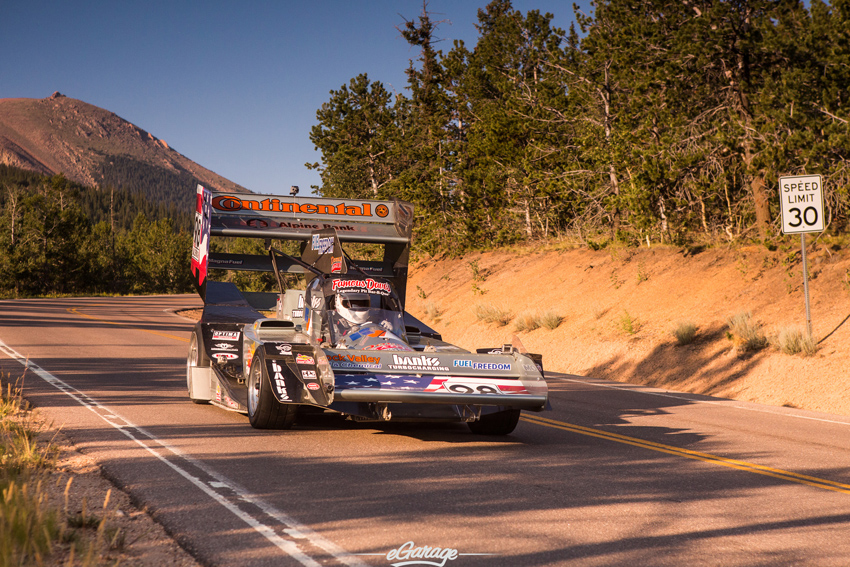 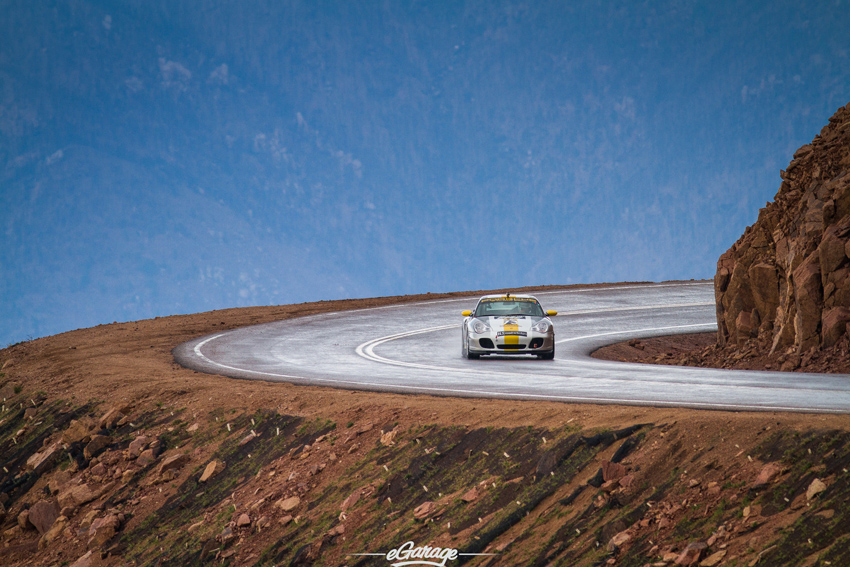 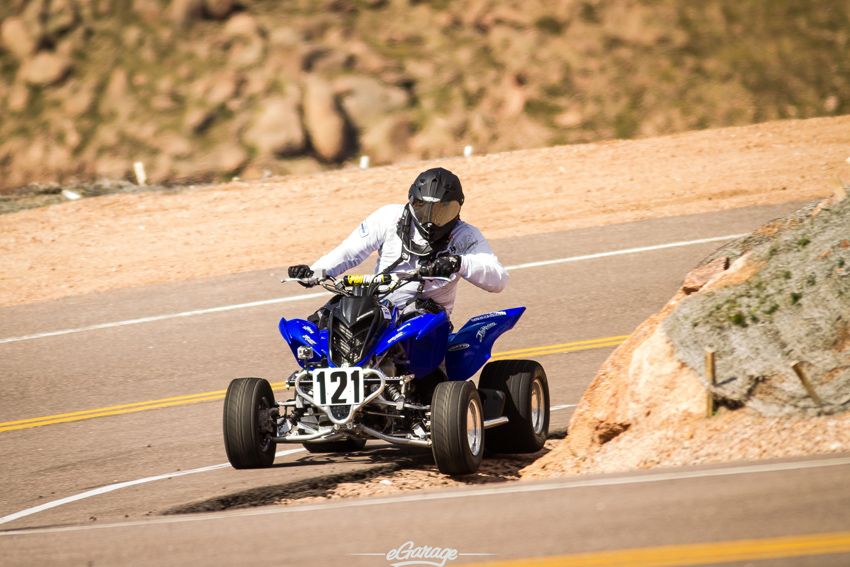 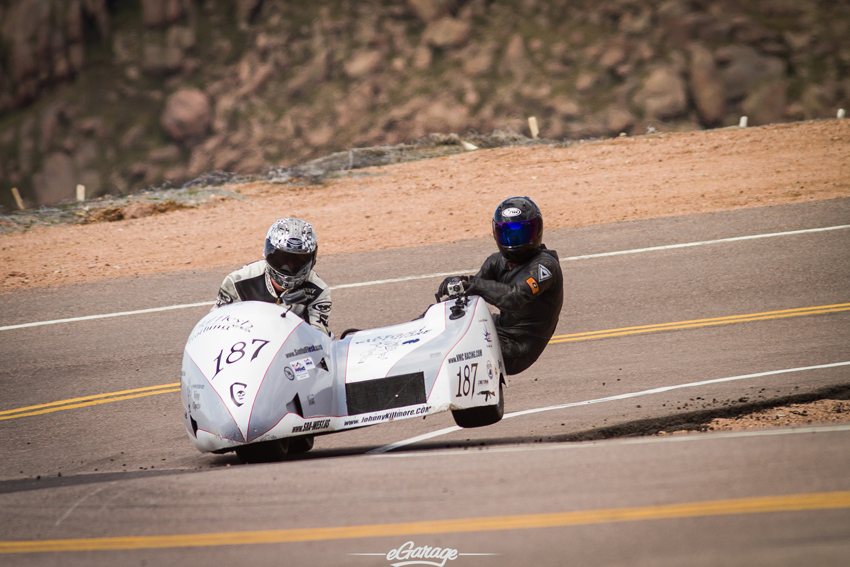 David looks no different than any other day I have known him. He looks relaxed and cracks jokes with friends and family. David is a three time overall winner here and, should such a thing exist, the Donner name would appear frequently in the PPIHC history book. He takes his time as he settles into the snug little cockpit and makes sure everything is just right. A deep breath and then he puts the car into gear and lines up behind Paul Dallenbach. 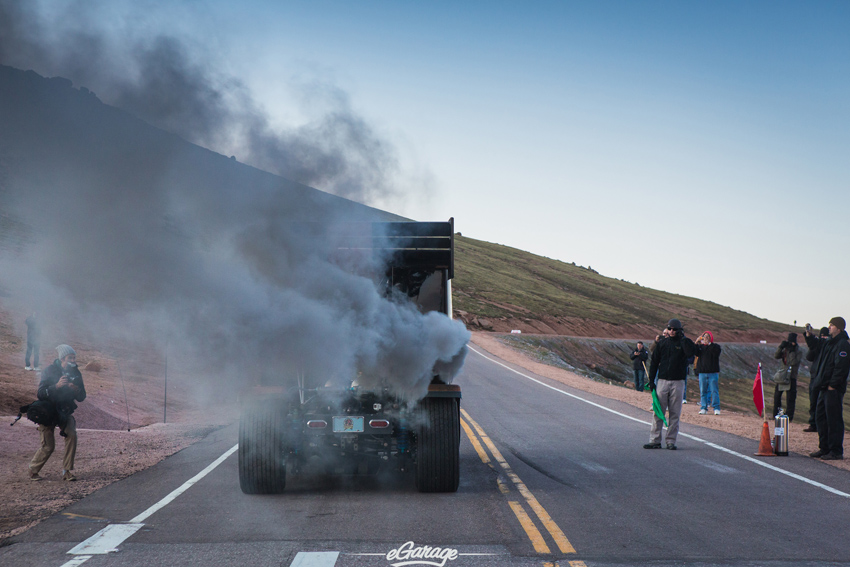 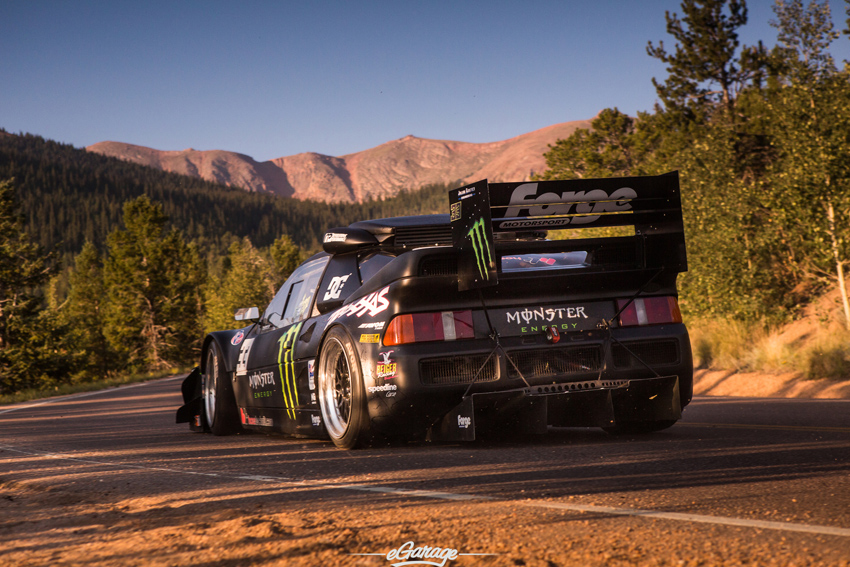 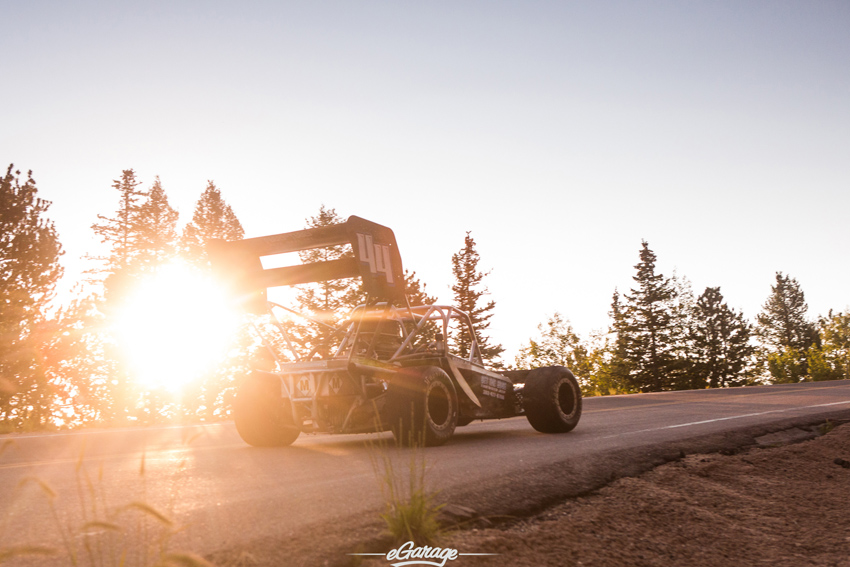 Dallenbach takes off in his 1440 horsepower beast and – just like that – we are at the start line. I finally start to get a bit nervous, trying desperately to remember if I have forgotten to check anything on the car. And then, I am brought out of my reverie when I see David waving his hands and shutting down the engine. A red flag. Details are slow to come but we hear that Dallenbach has gone off. There is concern on David’s face. The drivers here are competitors, yes, but they are also great friends. Off to the side, I see Paul’s family, one lady so distraught that she can barely hold herself up. It is a chilling reminder of the very real dangers of this race. 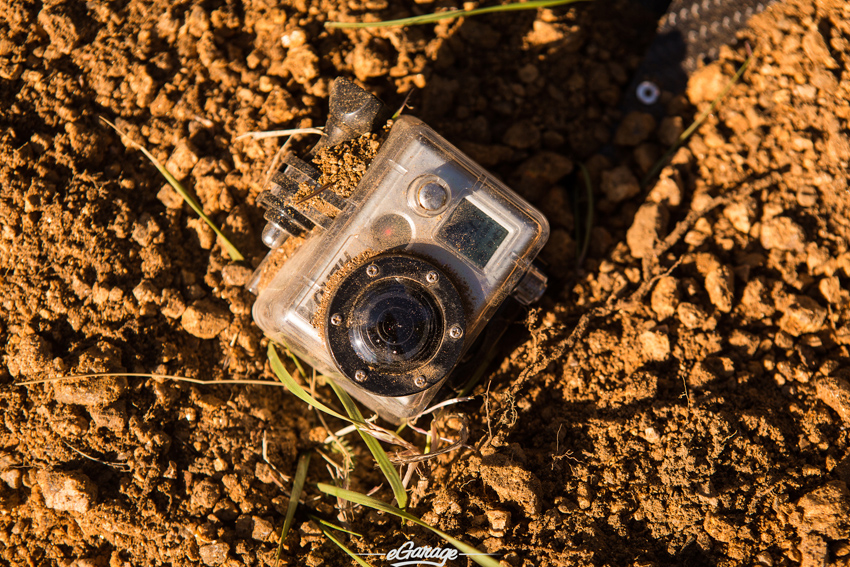 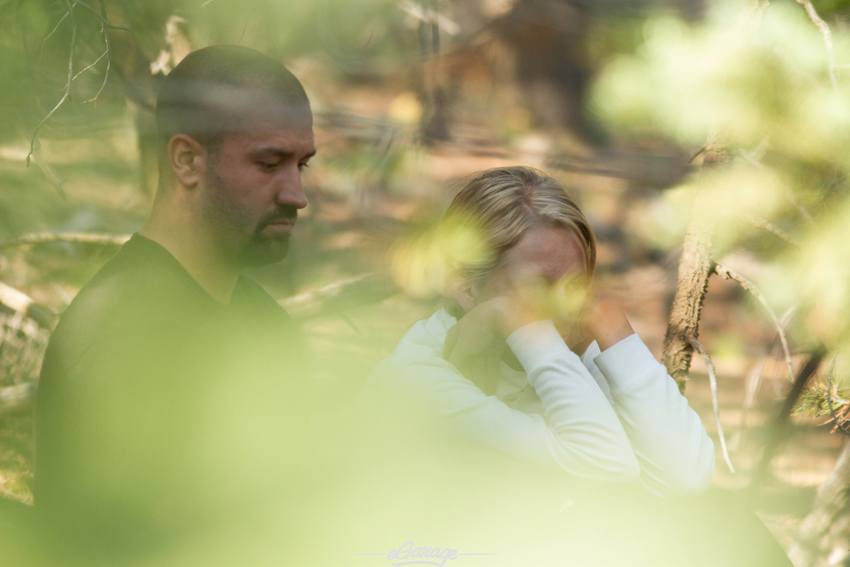 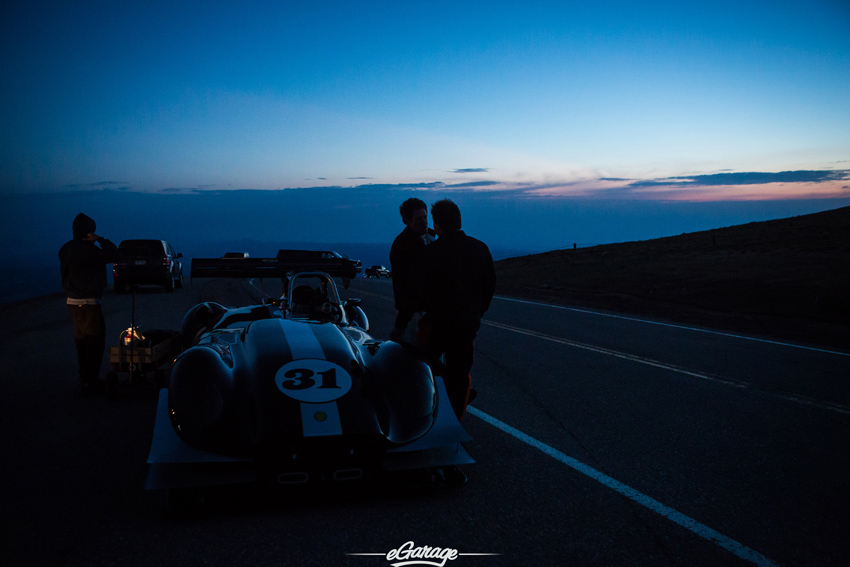 A few minutes later, we hear that Paul has escaped with only minor injuries to his arms. Relief washes over the start line. I would hear later from a spectator that the off looked like something out of Jurassic Park, with trees coming down as if they were nothing. And then I hear another race official behind me and my stomach drops further. I lean into the cockpit and repeat what I have just heard, “The Dacia has had a mechanical issue and has pulled off.” I think I see a flicker of something on David’s face, a flash of excitement maybe, but it is gone in an instant, replaced by the calm face of a professional. In a few minutes, we have become the favorites to win our class. It is a long delay and, despite the dark clouds looming on the horizon, it is hot. David gets out of the car to keep himself cool. 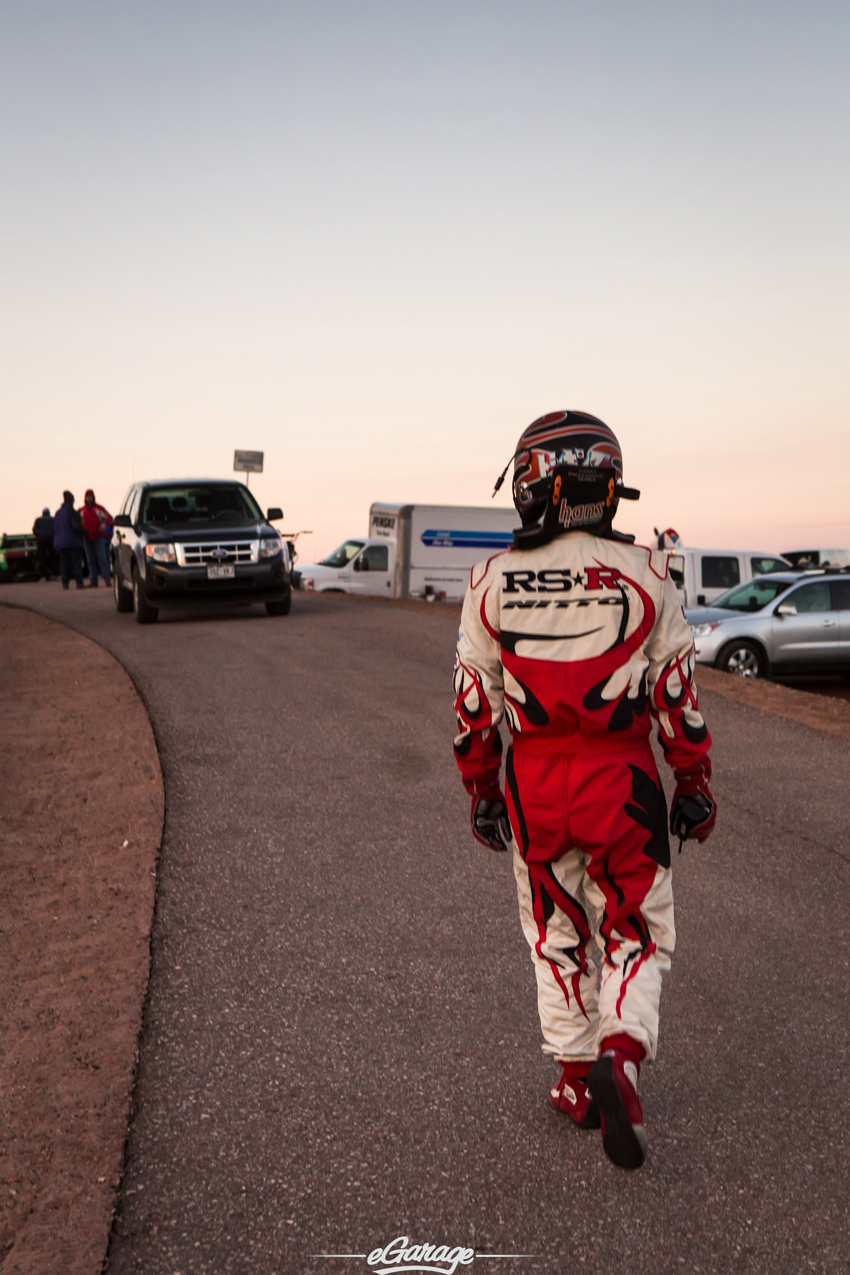 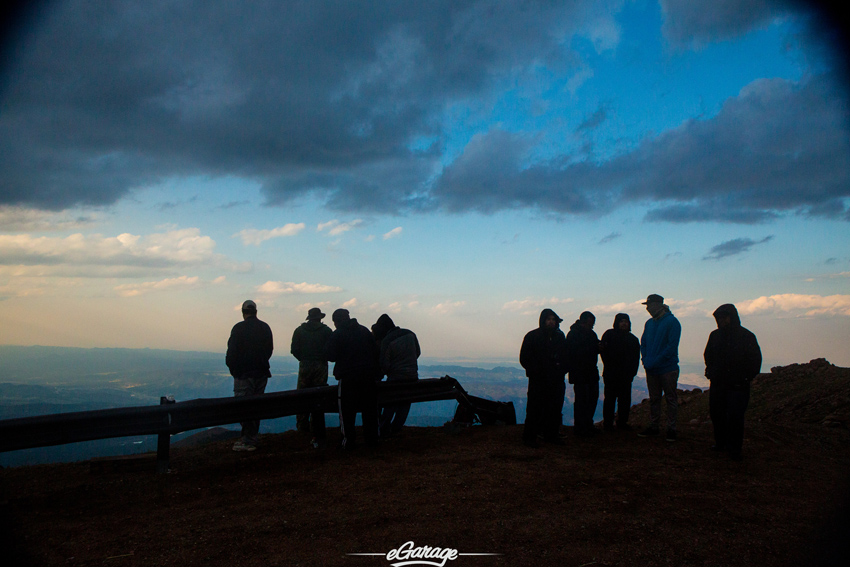 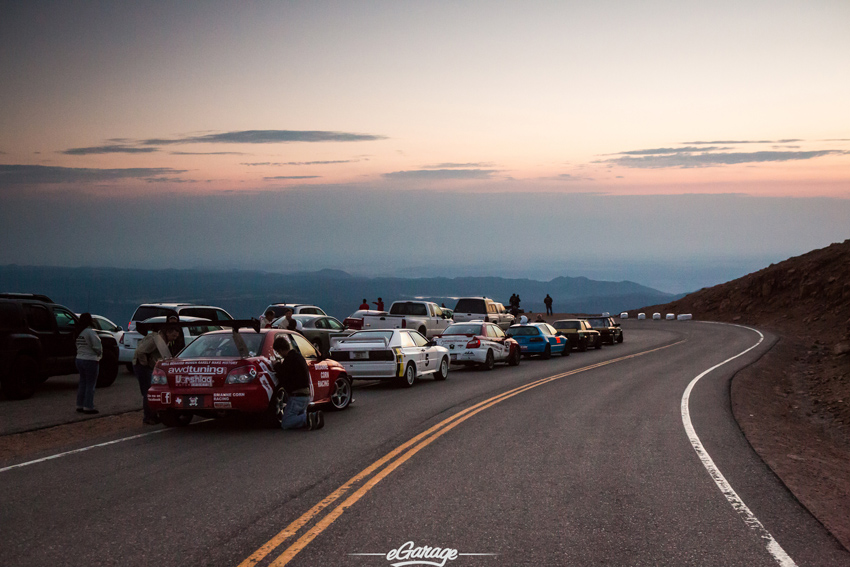 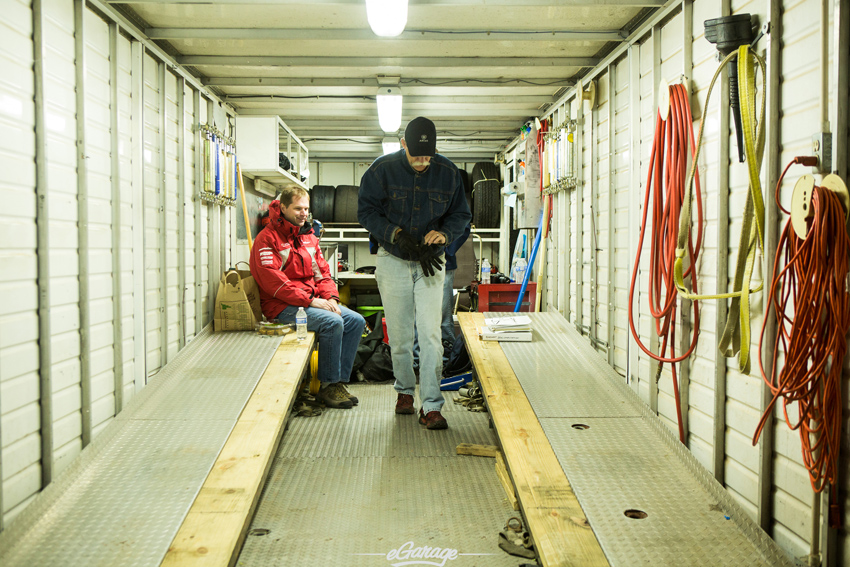 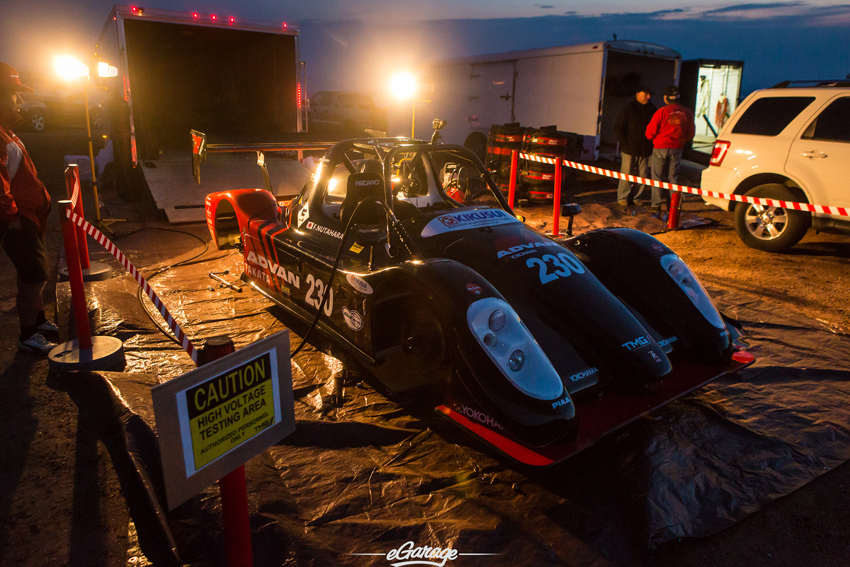 After some time, the race official tells David to get back in the car. When he is ready, he fires up the engine and awaits the green flag. Confirmation comes over the radio, the green flags wave and the car, our car, streaks away from the line. I turn and start to run towards the VIP tent, where video and live timing are being shown. The coverage is downright maddening. For the first few minutes, the screens show a shot of the road but there are no cars. When the car finally gets onscreen, the video is choppy but we are happy to see it’s still running. The video cuts to cars lined up on the start and we do not see the end, just a number on the timing screen. 10:04.652. 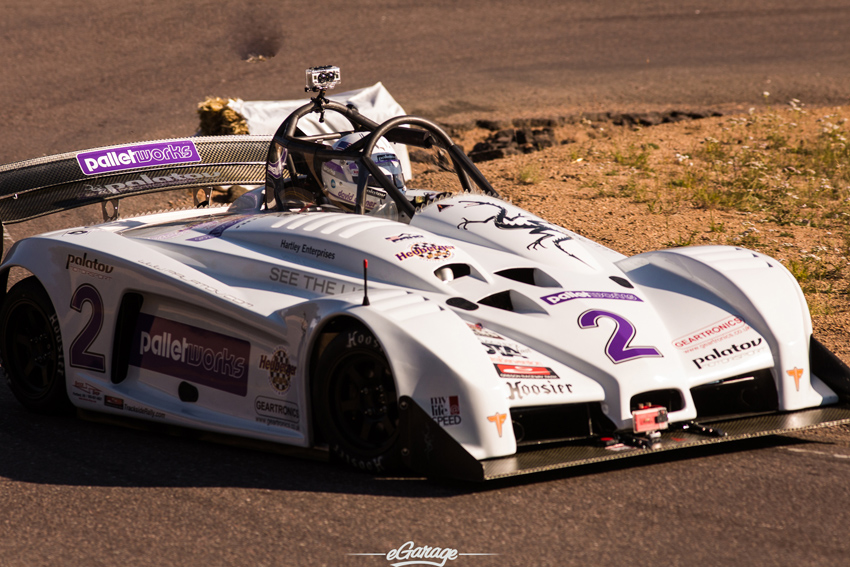 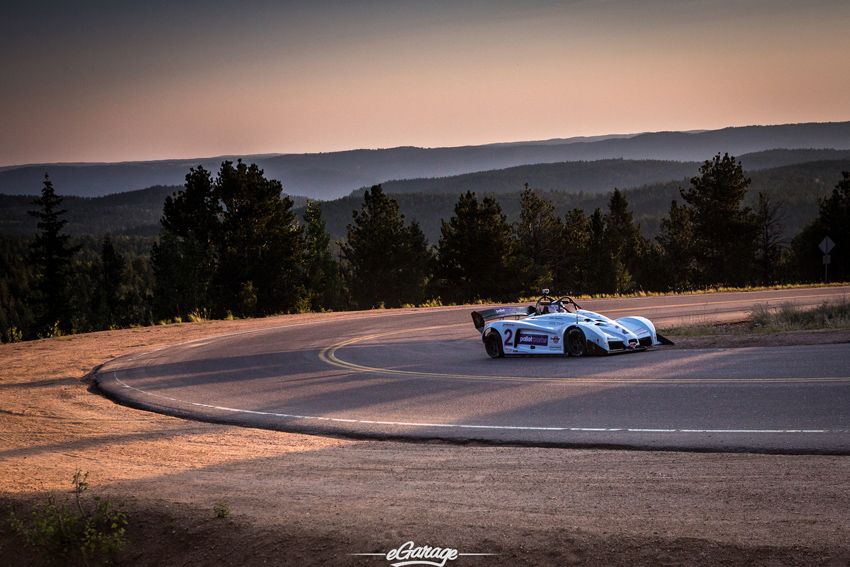 I wish I could say that there is an outpouring of emotion, but there is none. In truth, we aren’t even sure that David is done, because the timing screen is not showing a time for the last sector. When we do confirm it, there is strangely no real excitement. It’s more of a deep breath, and relief that we have made it to the top. About an hour later, we learn that we have won the Unlimited Division. 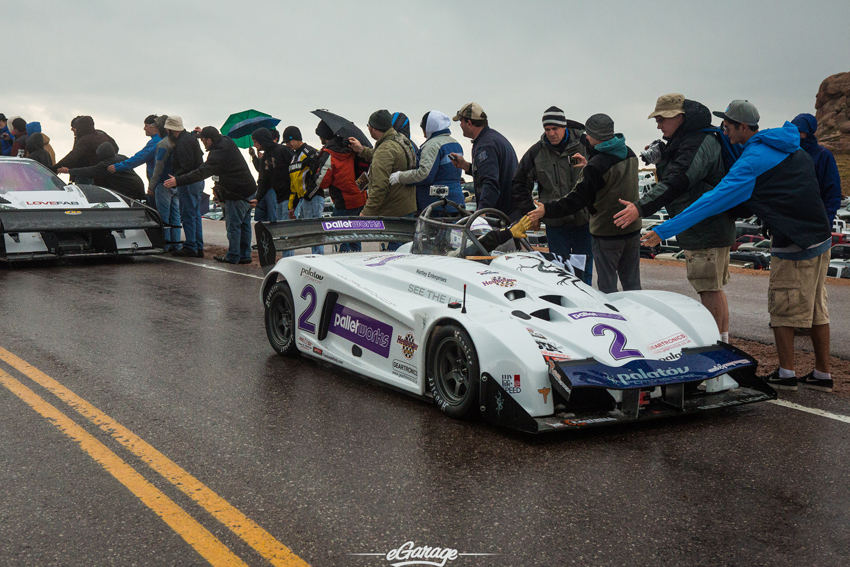 The rest of the race is fraught with red flags and the sound of sirens. Rain and hail begins to hit the peak, where the drivers who have finished are left for the duration of the race. In the end, Romain Dumas’ Porsche is eked out by seventeen thousandths of a second by Rhys Millen’s Hyundai for the overall win and the record. The race ends late and, as per tradition, the competitors come down giving high fives to the spectators. It is dark when we load the car in the trailer, and the whirlwind day ends with an awards ceremony. It has been an absolute adventure and a fantastic learning experience. Thank you to the Donners, Palatov Motorsport, eGarage, and Pikes Peak for memories I will not soon forget. 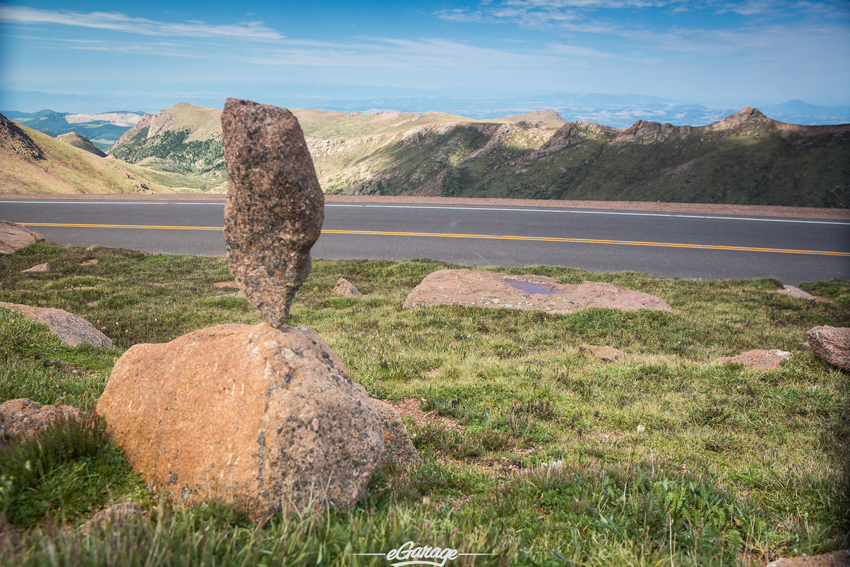 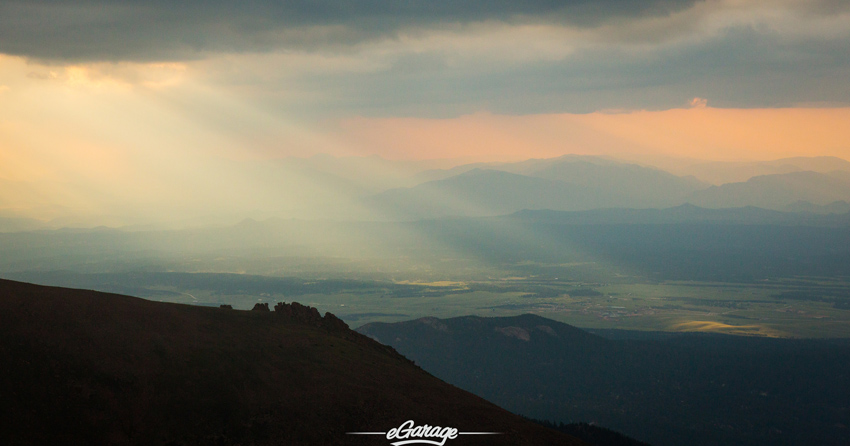