We first came across Max Fallor in the world of Instagram. Some might know him as Max_fotography. We have never encountered anyone so persistent and enthusiastic about Automotive photography. After a few emails, we found out that Max is in middle school. Once we exchanged some good words with his dad (including a signed permission slip to work with us) we have something of substance. We invited young Max to share his experience at the 2013 Monterey Car week this past August. We nicknamed him “Youngblood” for his absolute fervor with a camera and his enthusiasm for everything Automotive. The following is his story, in his own words.

The Pebble Beach Automotive week or Monterey Car week has been referred to by many as the “Mecca of Car Shows”. As a kid, I had always seen pictures of the magnificent vehicles that attended the week long festivities. I have been going to car shows since I was 3 years old, but I knew this was much different than anything I have ever been to. 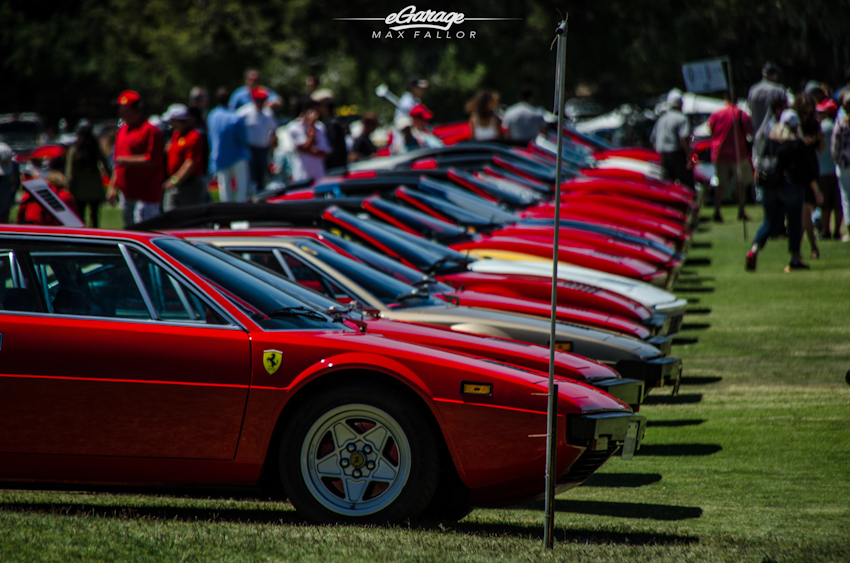 Day 1: The first day I was in Monterey was Tuesday. I was still incredibly tired from the 8 hour drive from San Diego the night before. We drove to the nearest McDonald’s for some breakfast, barely able to keep my eyes open until I saw a baby blue Mercedes-Benz 300 SL Gullwing drive by. I immediately awoke and was shocked at what I just saw. I had seen many 300 SLs but none in this color. After seeing it, all I wanted to do was see more cars. With direction from a Monterey Car Week veteran, we hopped in our car and took off to the Lodge in the middle of town. I was immediately greeted with 10 or so brand new Rolls Royce Phantoms, Ghosts, and the all new Wraith and then a black Maserati MC12 rumbled past! We proceeded to our hotel closer to the middle of town where I was greeted with a 458 Italia, a McLaren MP4-12C, and a Ferrari F40. I was surprised to see these; we were staying at a Best Western and not a Four Seasons or Ritz Carlton. I hung out at the hotel for a bit and then headed to the McCall Motorworks Revival. Sadly, I was not able to get into the event due to the age limit but I decided to check out the extravagant parking lot. I was tired and knew I had to get back to the hotel and rest for the days to come. 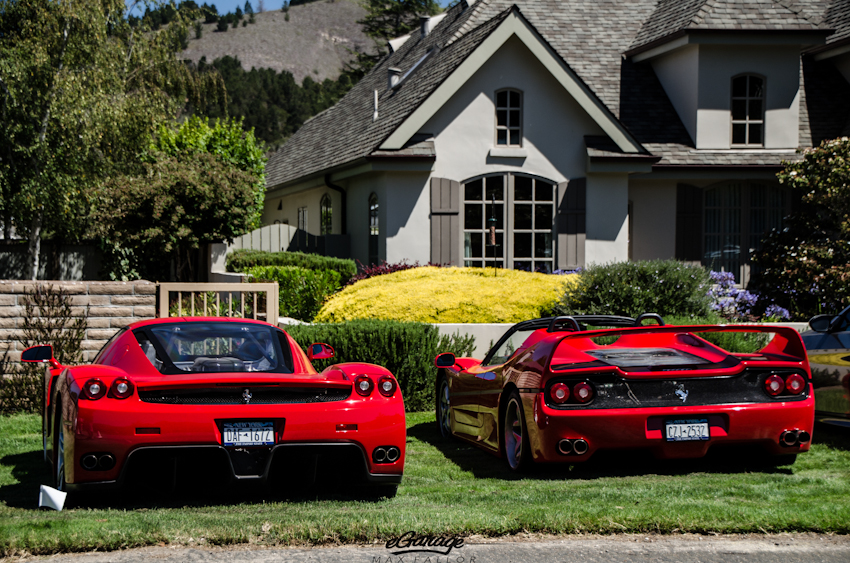 Day 2: Because I knew the week was full with events and private unveilings, I needed to find time to go to Mazda Laguna Seca Raceway. I had always wanted to see the racetrack since the first Forza Motorsport game came out. I knew every turn, the racing lines of where to accelerate and decelerate, and now I was finally able to see it all in person. Upon arriving I could hear the loud hum of classic Formula 1 race cars downshifting before turns and flying on the straights. Walking through the paddock is an experience itself. Seeing cars like the Ferrari 250 GTO, Rothmans Porsche 962, and a pair of two beautiful 300 SL’s is just incredible. I felt as if I was sent back in time. 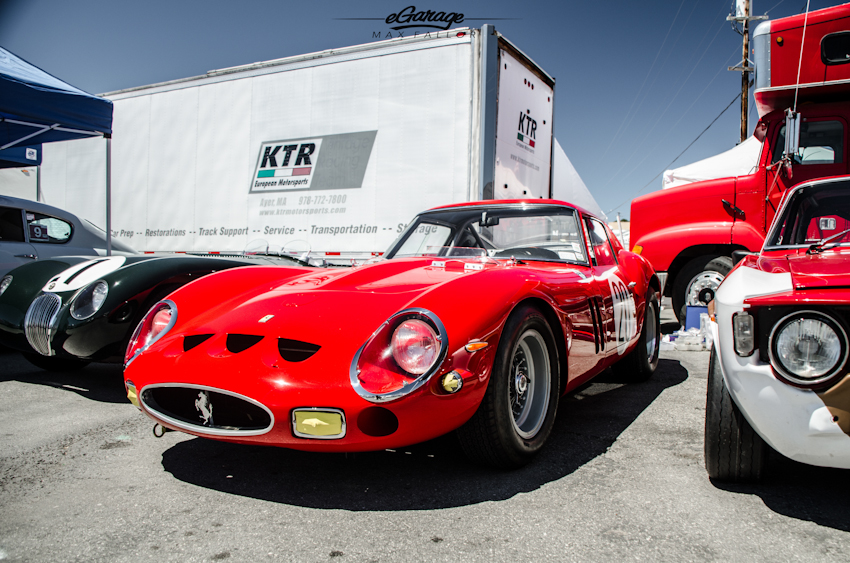 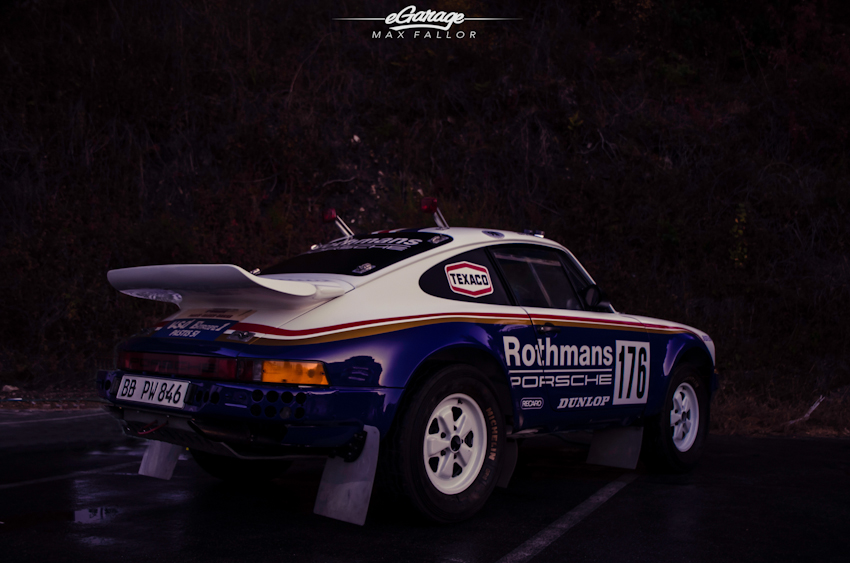 I had a few events to attend so, after a short time, I had to leave the track. Next stop was the Aston Martin Estate. A friend of mine who worked for Aston Martin invited me to the $10 million dollar house Aston Martin had rented, to enjoy the full lineup of Aston Martins as well as some concept and historic cars as well. 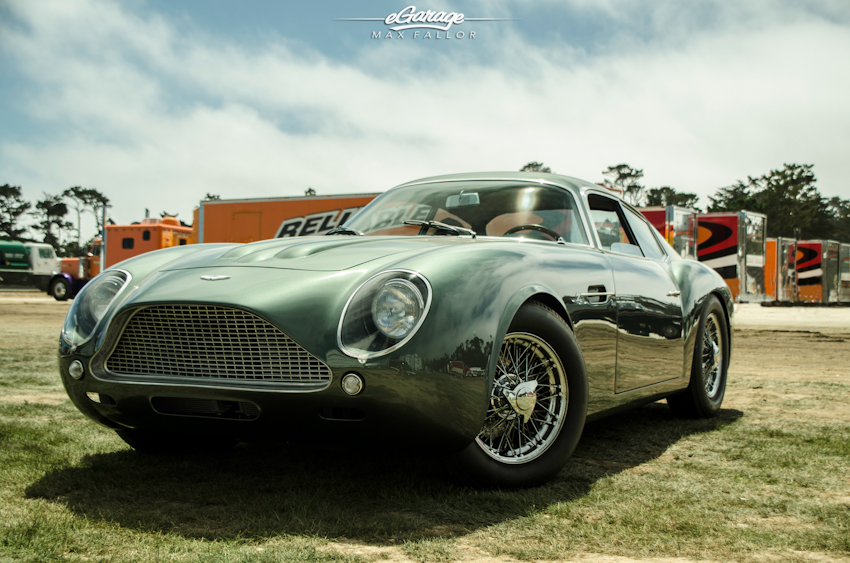 Walking through the house I could see the brand new Vanquish Volante on the lawn accompanied by the CC100 concept. The folks at Aston were also giving test drives of the Rapide, Virage, Vantage, and the Vanquish. As it was our turn to drive the valet brought around the car. It was a stunning matte orange Vanquish. I am sure many have seen this car since it has been heavily used as a media car and marketing tool. 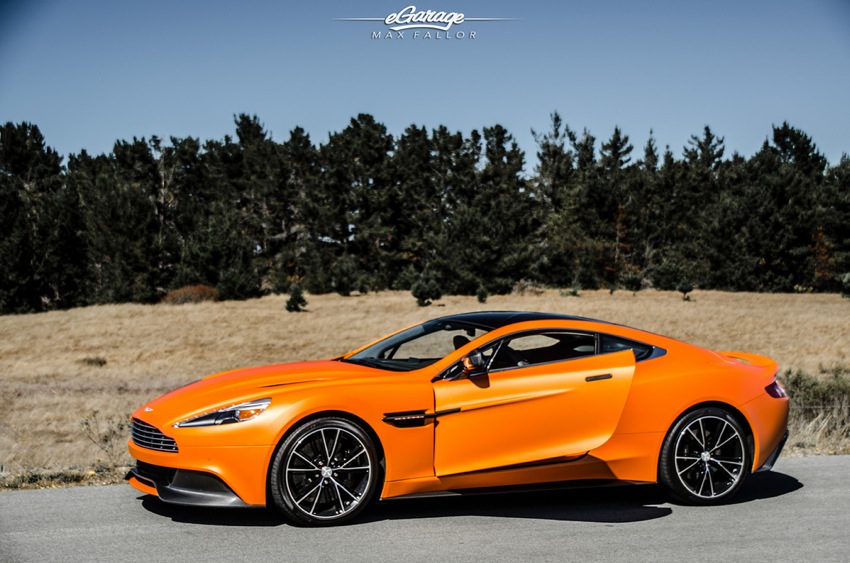 Many pictures cannot capture the color of this car. It glistened in the sun like a large, juicy orange. We adjusted our seats and we were off. I felt like a celebrity in the car, every car we passed had their eyes glued to the car and its exotic color. We drove the car on a very windy mountain road to really get a feel for the performance of the car. 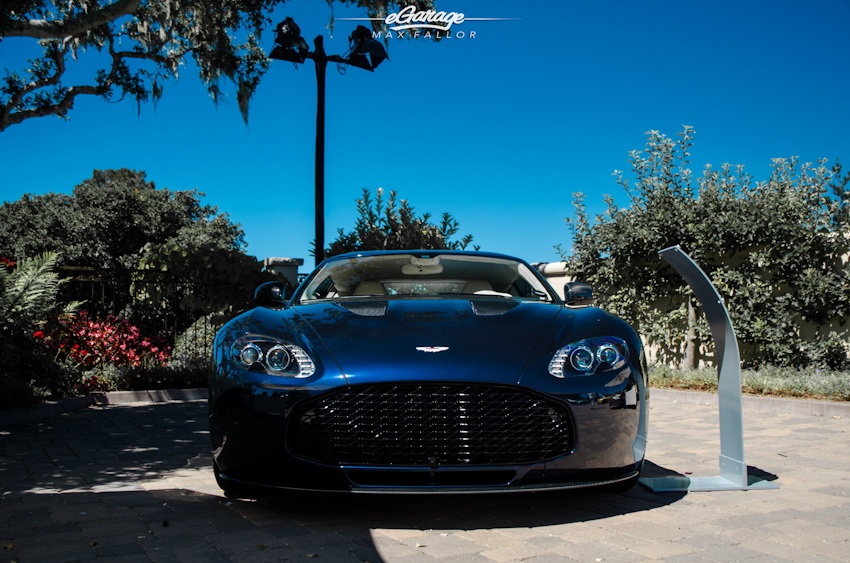 The Aston Martin is not known for its mind blowing speed, but my favorite aspect of the car is the sound. V12s sound incredible from Ferrari and Lamborghini, but the Vanquish has an entirely different sound. When driving slowly the engine doesn’t make a sound, but as soon you feel you want to have some fun you put your foot down and your classical music is completely drowned out by the growling beast. A rumbling symphony takes over and that is all you can hear. After our drive, I sadly had to part with the Vanquish saying under my breath “it’s been real.” 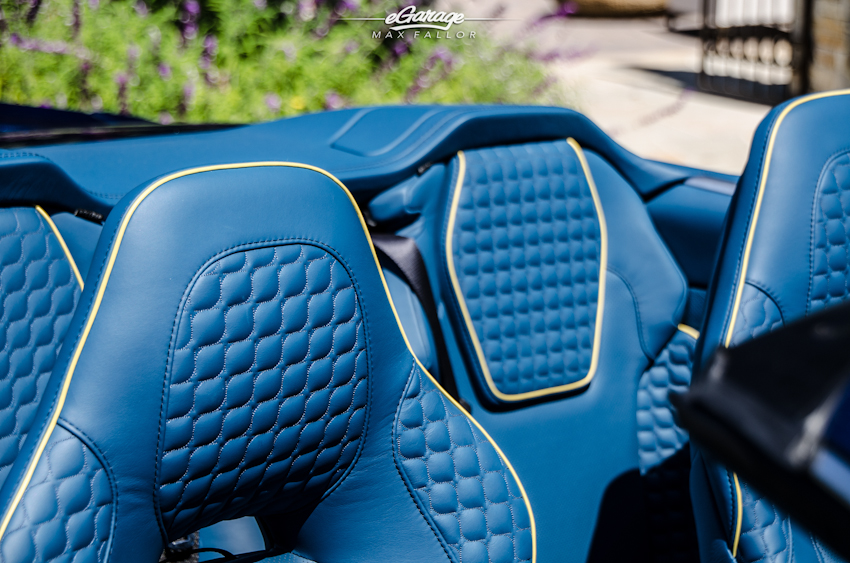 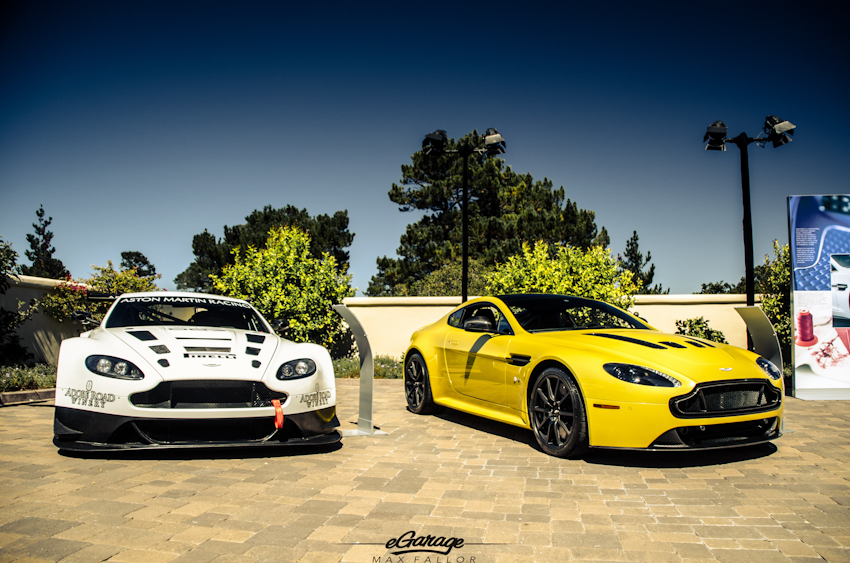 My next stop was the Porsche Zentrum. We pulled up to the view of many a 911, Boxsters, the newly face-lifted Panamera, and the leader of them all, the 918 Spyder. We entered the Zentrum and immediately signed up for a test drive. Our options were a Cayenne diesel or a Panamera at 5 o’clock. We took the offer but then an employee asked if we would like to test drive the new Panamera Turbo. Jumping up and down we were escorted to the vehicle. It was the only 2014 Panamera Turbo in country. We quickly hopped in and drove off. We were luckily able to drive through the mountains again and attempt to touch the car’s limits. Reaching the turn onto the scenic road we switched the car to sport mode, the valves opened up and the nice rumble of its V8 filled the cockpit. We came to a dead stop in the middle of a straight to test the launch control. The usual: sport-plus, hold down the brake, wait until the beep and make sure your head doesn’t roll out of the back window. We turned around, took a couple pictures, and returned the car. 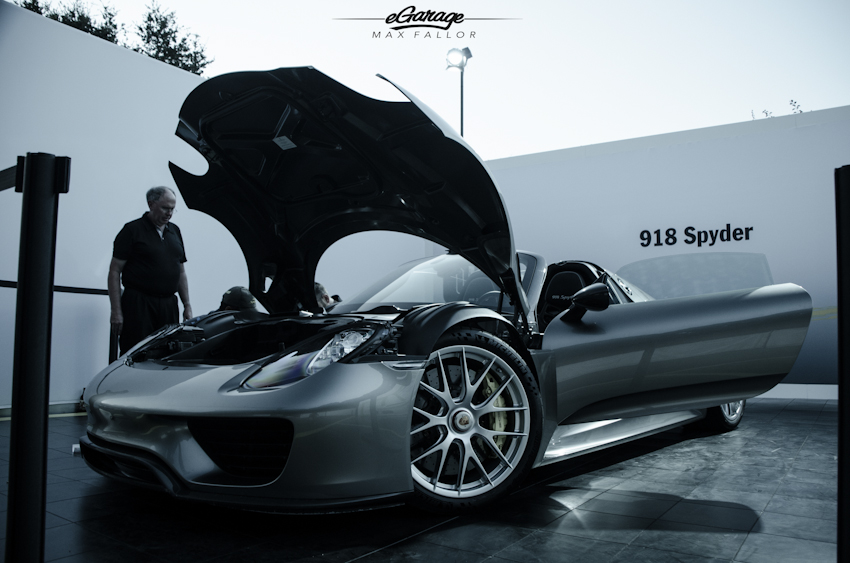 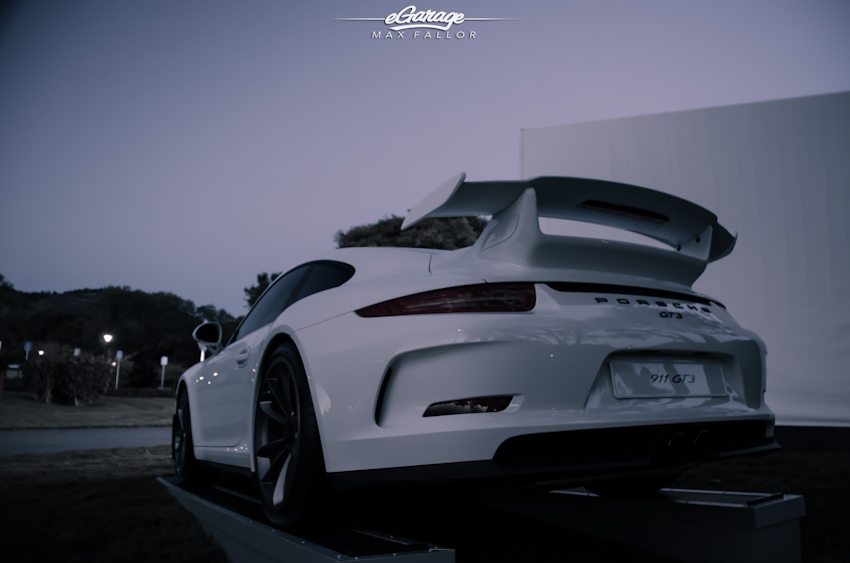 Upon returning to the Zentrum, I saw that they were setting up for The Quail. I saw some cars that were going to the show so I took full advantage and got shots without tons of people in my way. After I had my fun, it was back to the hotel for some rest. 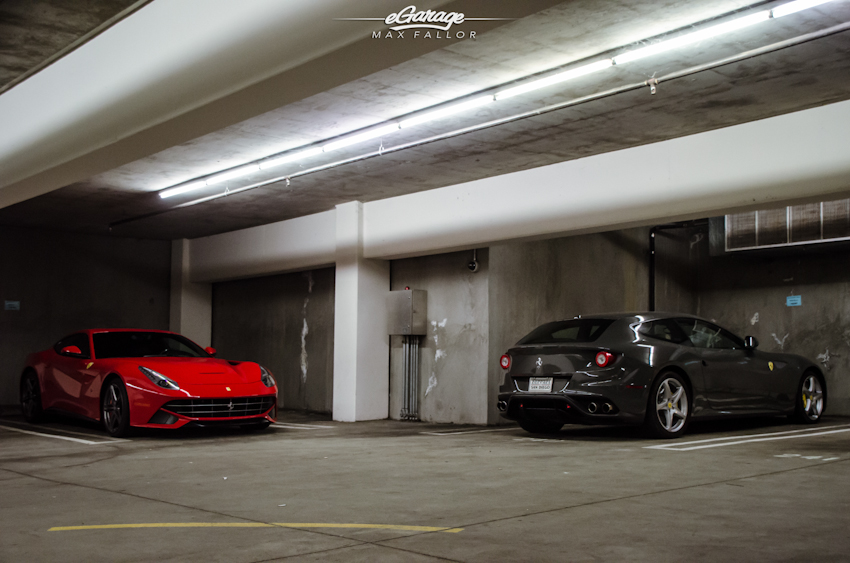 Day 3: My first stop was the Bonhams Auction pre-auction viewing. But my main goal that day was to go to the Quail. I saw most of the cars the previous day but I wanted to live the full experience and attain the bragging rights that comes along with it. I could smell the fresh caviar and expensive wine from across the road. 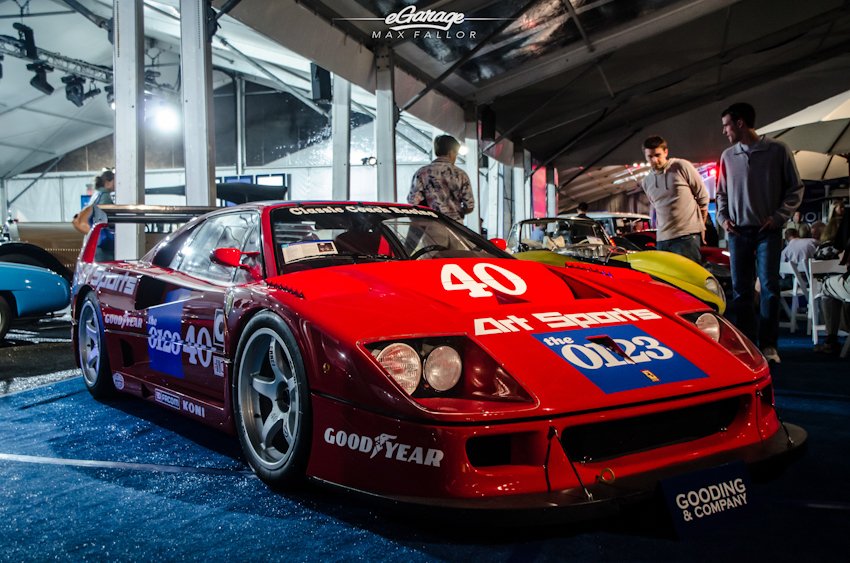 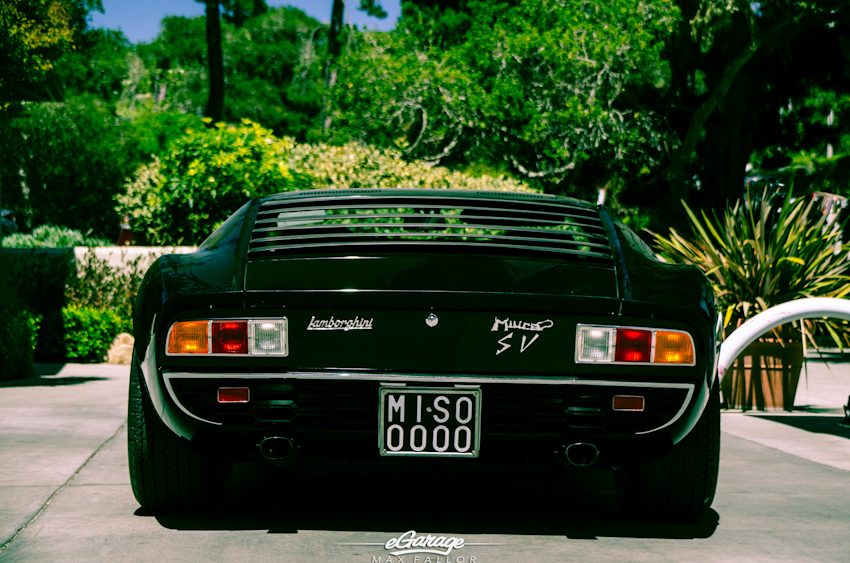 I could hear the peaceful string instruments playing while the individuals that attended the event looked at the fine display cars. The Pagani Huayra was definitely the one of the biggest attention draws of the show. 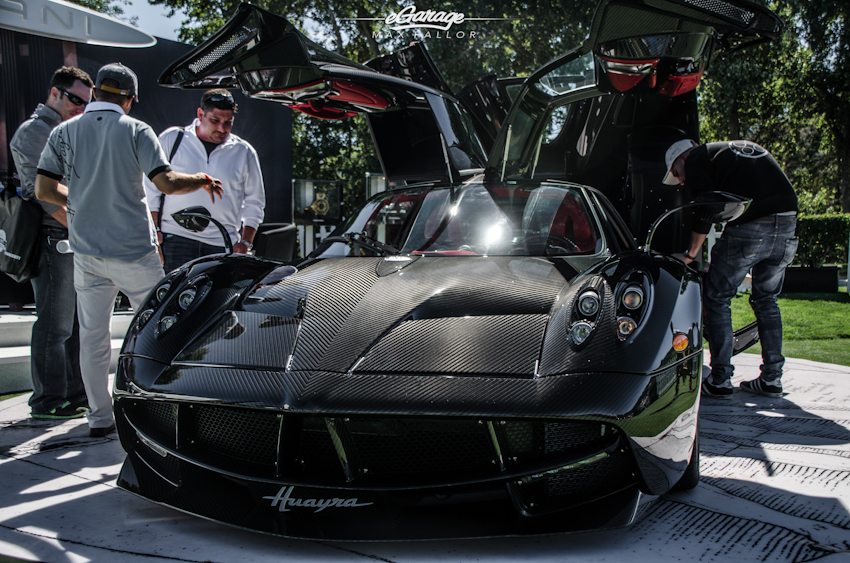 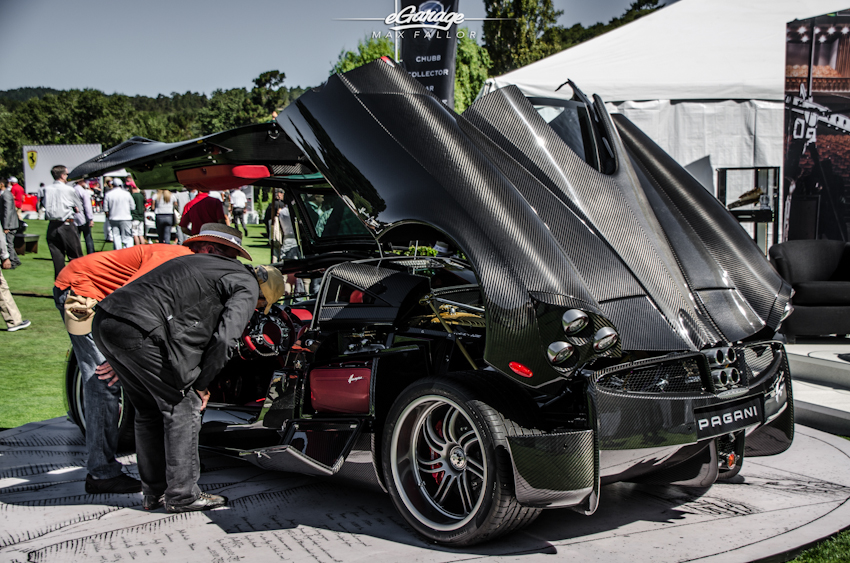 It was also my first time seeing the incredible P 4/5 twins as well. 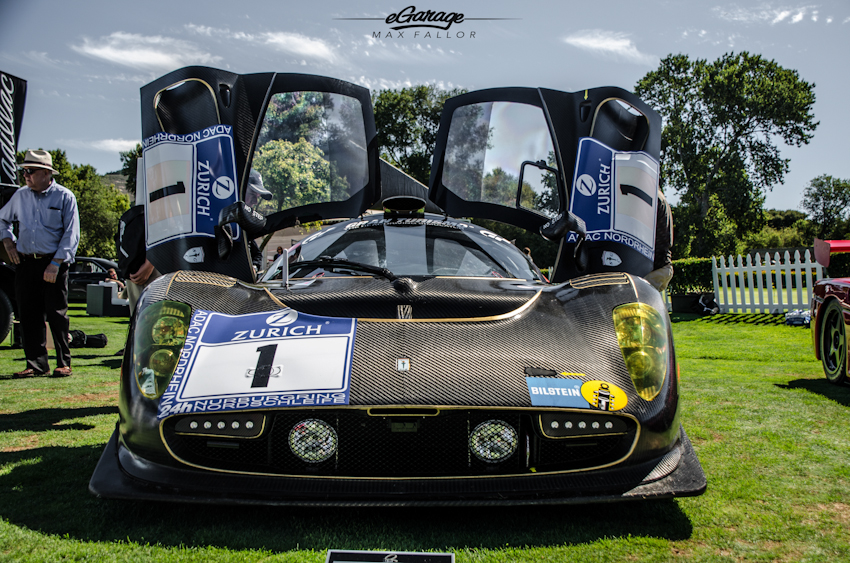 My next stop was the Concorso Italiano – Lamborghinis and Ferraris as far as the eye can see. There was a nice contrast between old and new at the show. Miuras, Countachs, F40s, Enzos, the show was so awesomely overwhelming that, when I came back home, I almost gagged when I saw another Ferrari. 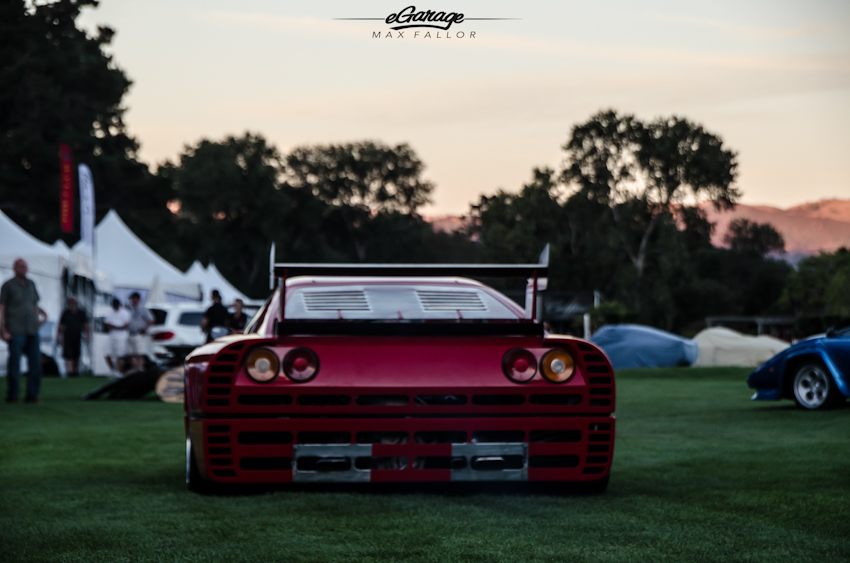 Day 4: We started the day out with a visit to a little cars and coffee event and the Lamborghini 50th Anniversary rally start. 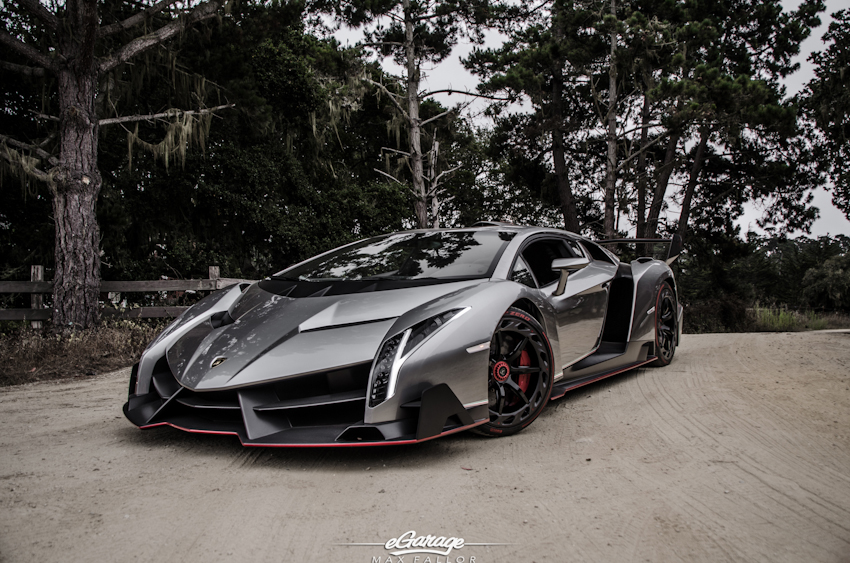 We then headed down to the setup of the Concours D’Elegance to check out the McLaren P1. After seeing the 918, I wanted to see what the competition was like. The car was being shown in a beautiful yellow. Its crazy wing was up and, in full locked position, it looked like something off of a fighter jet. We only spent a couple minutes admiring it and its father, the F1. 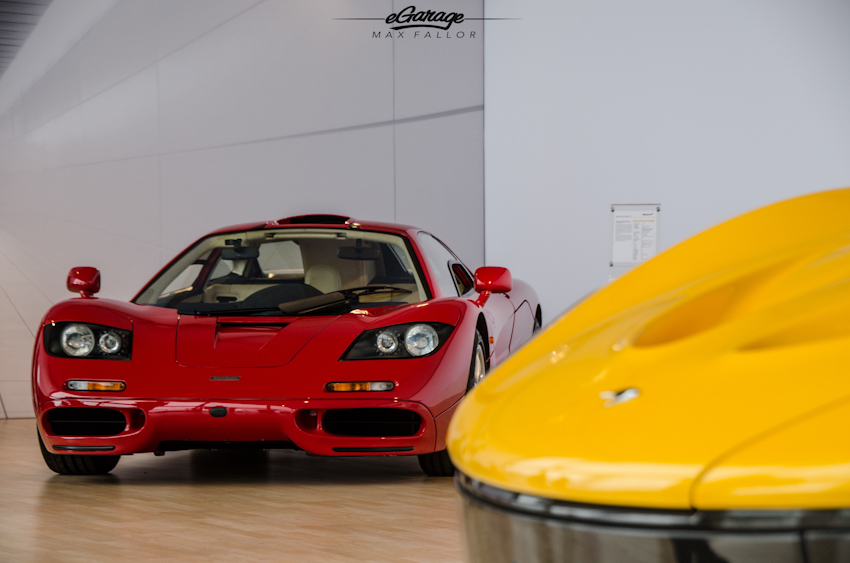 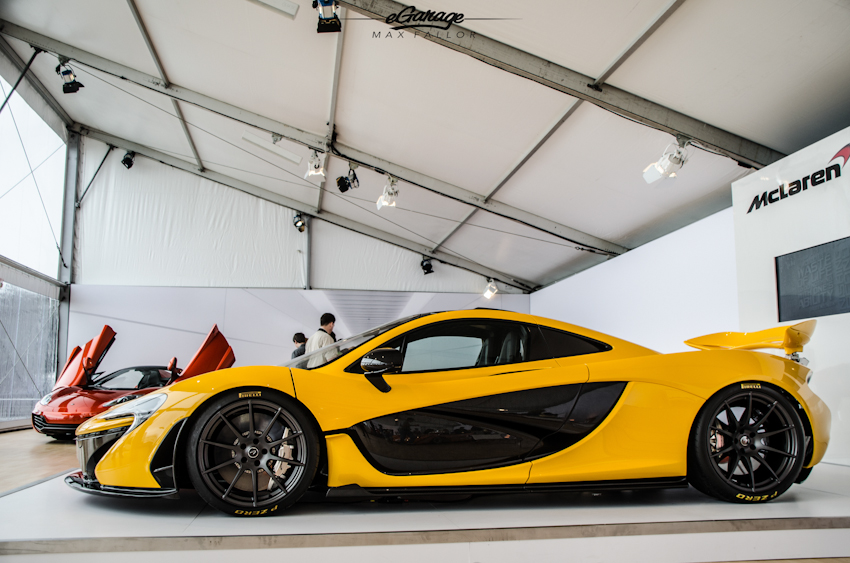 My first shoot of the day was with Wataru Kato. If you do not know who he is you may have seen his draw-dropping creations such as the E92 M3 and his most famous masterpiece, the Murcielago wide-body. I have admired his work ever since it first started popping up on the internet about a year ago from SEMA. One could only imagine the many hours invested and cigarettes smoked to create one of his cars. The transporter for the Lamborghini and the BMW M3 came seemingly quickly and then, sadly, it was over. 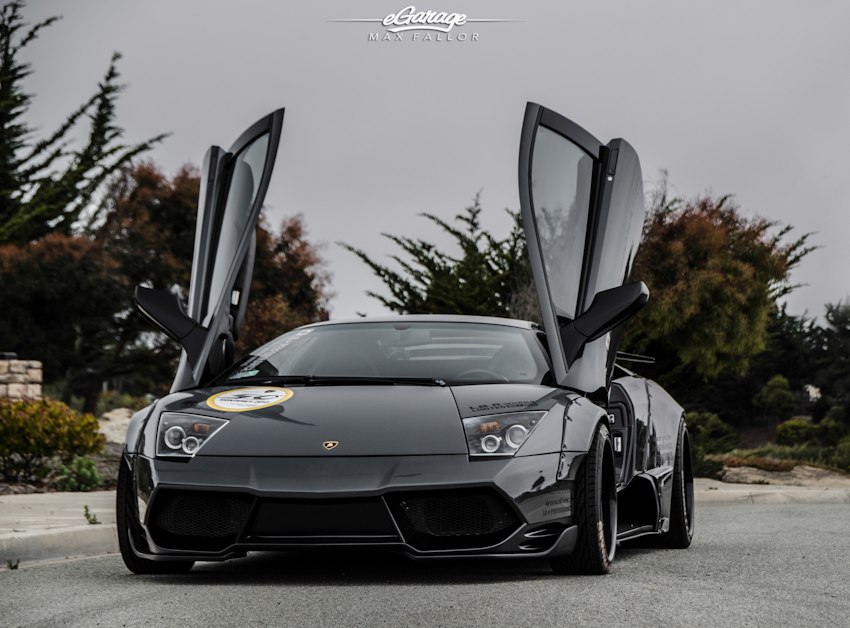 Day 5: This is what all the week’s events led up to, The Concours D’Elegance. It is the main attraction that tourists from around the world would come to see, for judges to check every working part on the car and grade it accordingly, and for the car guys to gawk at the pieces of automotive history. This is the day that you will see the craziest and most obnoxious hats in the world. Being serenaded while you look at some of the rarest and most expensive cars ever built, it is an incredible honor to be selected to show your car at this event and, if you win, you can go to sleep knowing that you have one of the best cars in the world. I soon had to head back to San Diego for a High School orientation the next day so I had to part ways with my old and new friends – I’m talking about the cars of course! 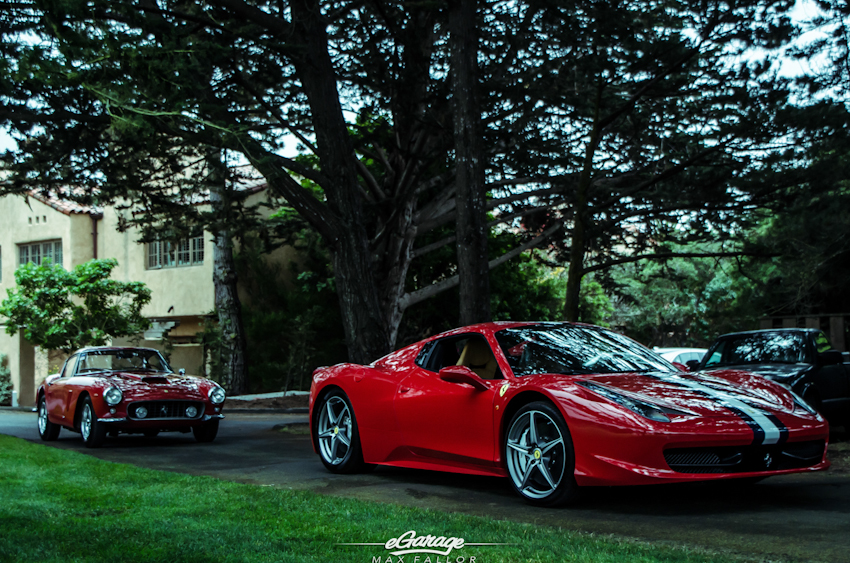 On the trip back, I still could not believe what I had experienced in the past week, the many friends and connections made, the incredible cars I got to see, and the wonderful memories created from the experience. I realized that the entire week is not just a car show where the best cars in the world are judged, but it is a time where everyone around you is connected by the true bond that the automobile creates and evokes in someone. That, I think, is very special and what differentiates Monterey Car Week from any other show in the world. 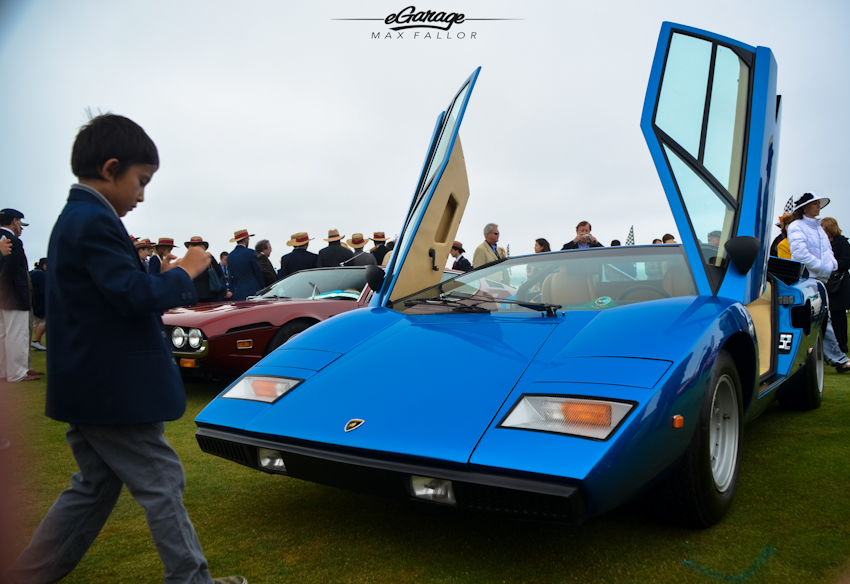 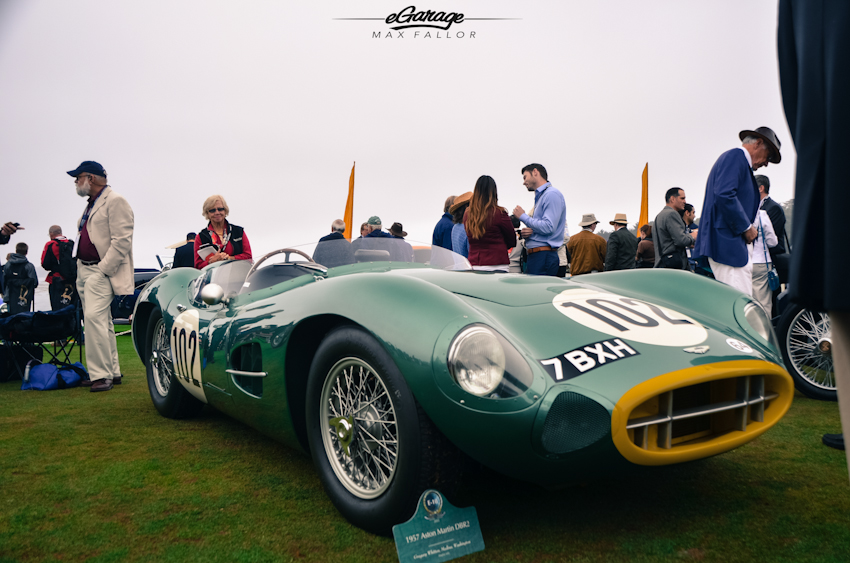 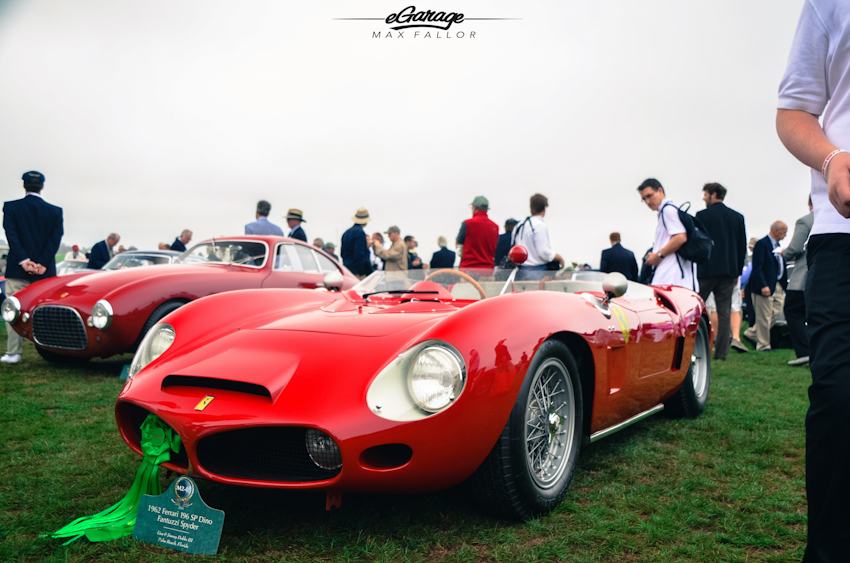 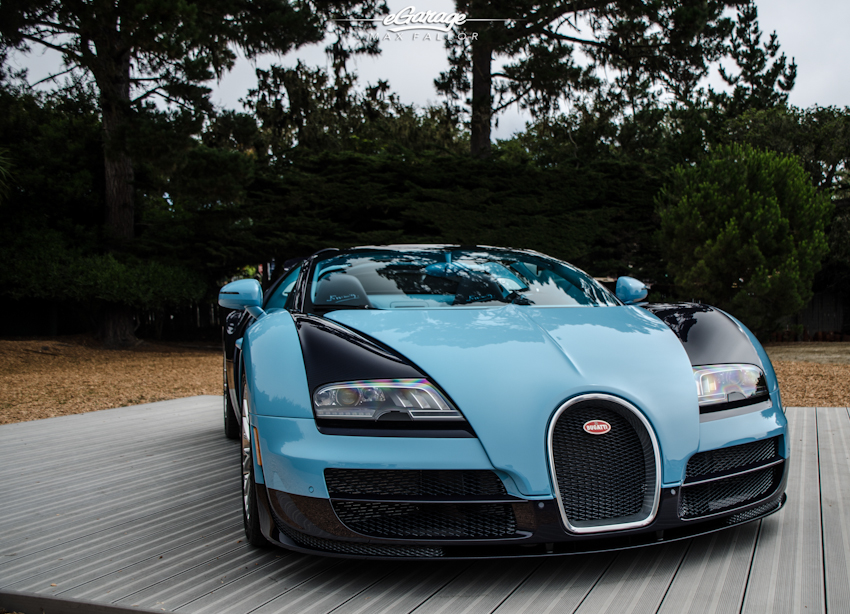